Teofimo Lopez Sr is picking Oleksandr Usyk to defeat Anthony Joshua in their rematch this Saturday night. Lopez feels that Usyk (19-0, 13 KOs) is the better boxer of the two, and that’ll carry him to victory.

For Saturday’s rematch in Jeddah, Saudi Arabia, Joshua (24-2, 22 KOs) is expected to be on a seek & destroy mission from the opening bell, looking to take Usyk out with every punch he throws.

It could be a race against time for Joshua because he needs to stop Usyk by the sixth round if he wants to avoid gassing out in the second half and being knocked out due to fatigue.

“Stopping him [Joshua] is going to be very hard because he’s fighting a way bigger guy than he is, but anything can happen, yes,” Teofimo Sr continued. “Yes, he could probably do. He could probably stop him, yes. Why not?

“If he engages and shows his boxing skills, I think that would take him off the fight. The way he boxes is what’s going to get Usyk to win that fight.

“I already got him winning, but let’s see what happens. Anything can happen. That fight is probably like a 50-50 fight, but I’m reaching more for Usyk because of his style. He’s a great boxer, and that’s what this game is all about boxing,” said Teofimo Sr.

“You’ve got to break him down in his tracks and do what Chisora did but with more ferocity and sharper feed and more speed & accuracy as well,” said Eddie Hearn to Boxing UK about what Joshua must do to beat Usyk.

“It’s a very tough challenge, but that for me is the key to this fight is those first six rounds. What you can’t afford to do is go back, and at the end of the sixth round, Usyk is feeling good. That’s what happened in the first fight,” said Hearn. 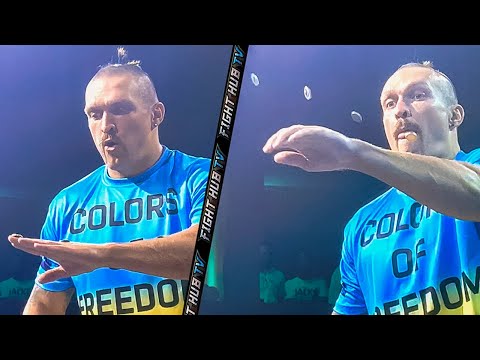