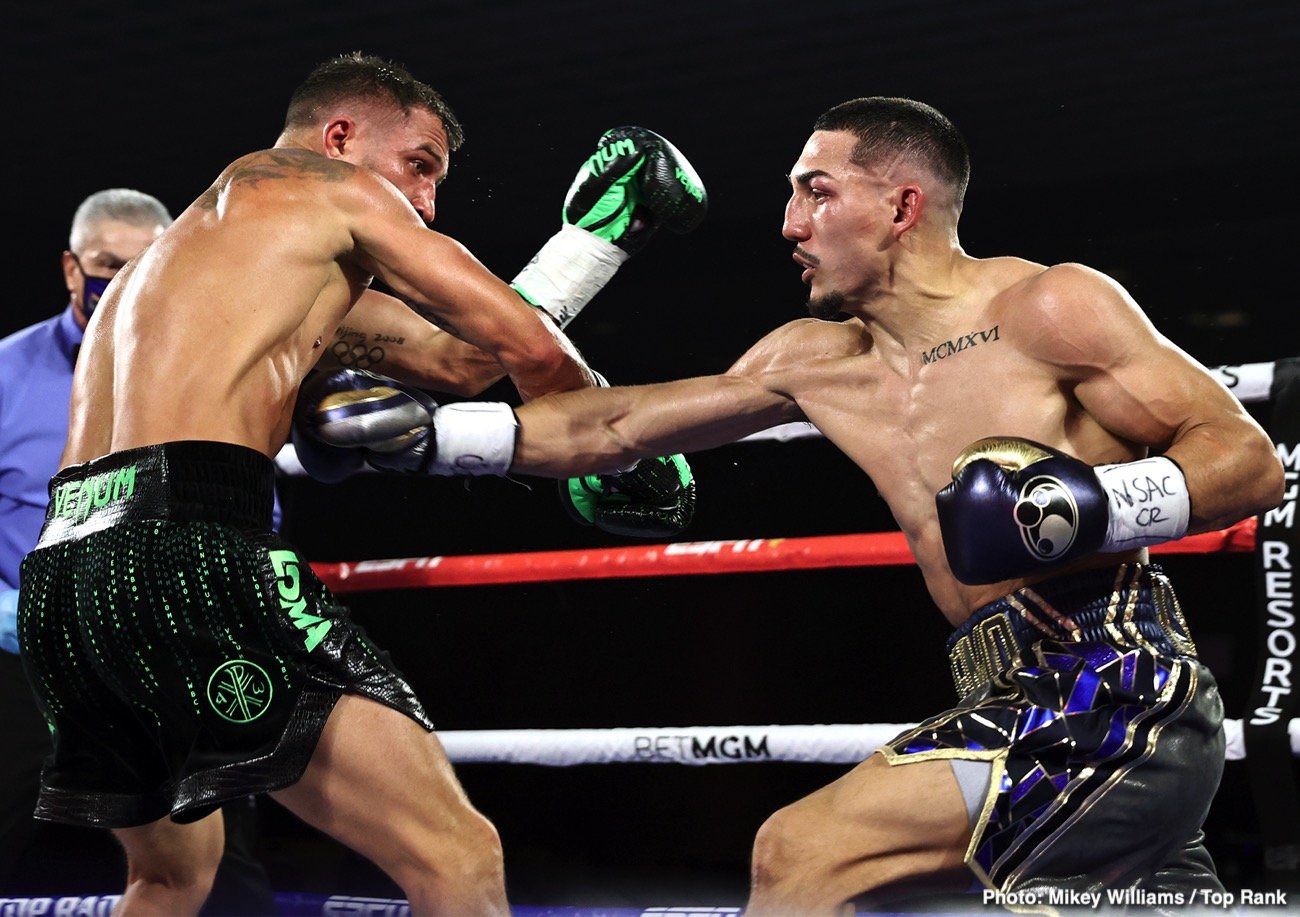 IBF lightweight champion Teofimo Lopez (16-0, 12 KOs) fought well in beating WBA/WBC/WBO champion Vasily Lomachenko (14-2, 10 KOs) in beating him by an upset 12 round unanimous decision by a fairly wide set of scores on Saturday night at the ”The Bubble” at the MGM Grand in Las Vegas.

Lopez finished strong in putting an exclamation point in his victory tonight by hurting Lomachenko in the 12th. Going into that round, Teofimo had looked tired in rounds 10 and 11 from the fast pace that Lomachenko was setting.

In the 12th, Teofimo got his second wind and landed some monstrous shots, one of which hurt the 32-year-old Lomachenko.

The oddsmakers had picked the highly rated pound-for-pound fighter Lomachenko to win tonight, but he failed to let his hands until the second half of the fight.

Loma’s miserly approach to throwing shots allowed the younger fighter Teofimo, 23, to run away with the contest in building up what proved to be an insurmountable lead in the first half of the fight.

The judges had the match scored 116-112, 119-109 and, 117-111. The 116-112 score made sense, but the judges were likely impressed by the harder shots that Teofimo was anding in the fight. Lomachenko fought well in rounds eight through eleven, but he was still getting hit hard during that part of the fight.

Teofimo clearly won rounds 1-7 and 12. Those were very decisive rounds in which Teofimo landed the harder shots, and was busier. 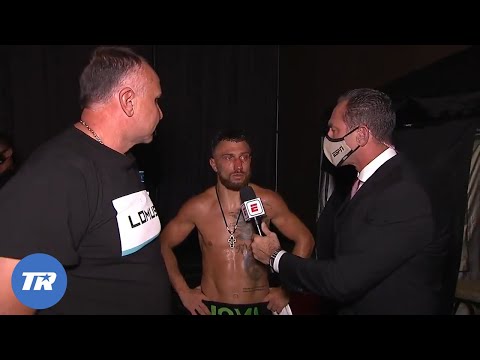 You can’t say that Lomachenko got old tonight, as he looked like the Loma from years ago. But what the problem was his lack of size, and surprisingly the hand speed of Teofimo. Few boxing fans said much about Teofimo’s hand speed going into the fight tonight.

Most people felt that Lomachenko would have faster hands, but that wasn’t the case. Teofimo had the far superior hand speed, and his punching power added to that. Lomachenko looked like he didn’t take any risks of getting hit by one of Teofimo’s big counter shots in the first seven rounds, and that was his mistake.

Lomachenko should have taken risks because he wasn’t going to win by waiting until the championship rounds to rally. Loma put himself behind the eightball by fighting passively early in the fight, which made it necessary for him to score knockdowns or a knockout to win. He couldn’t do that due to his lack of power.

With the victory tonight, Teofimo’s popularity is going to increase. It would have been better for him to have knocked out Lomachenko, but the fans are still excited about him winning a decision over the great pound-for-pound star. 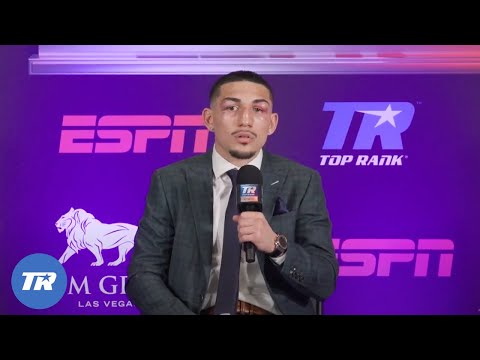