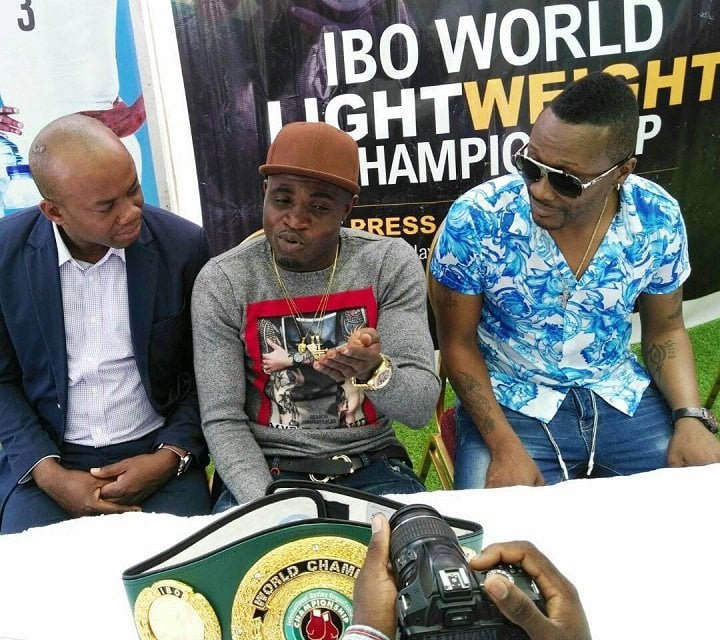 The IBO lightweight title fight between incumbent champ, Emmanuel ‘Game Boy’ Tagoe of Ghana and US based Argenis Mendez of the Dominican Republic in Accra will now take place on September 2 instead of the hitherto announced August 2.

Babyjet Promotions revealed the change of date at a press conference to formally announce the fight in the Ghana capital on Friday afternoon.

Tagoe, who will be making a first defence of the IBO belt he won by defeating Mzonke Fana of South Africa in December last year, declared war on Mendez come fight night as he seeks to silence his critics.

“People say it’s been long since I fought but that’s not a problem for me because like Mayweather, the longer I stay without a fight, the better performance I deliver so it will be same for this fight. I’ve heard all that Mendez is saying that he is coming here to stop me, tell him that I’m ready and waiting,” Tagoe said.

“I’m proud to be the IBO champion but I realise most Ghanaians don’t recognize it so I will follow up to win the WBA world title, follow up to add the WBC and also go on to add the WBO title then everybody can see I’m the true champion,” Tagoe also ranked number 15 by the WBA added.

Sammy Anim-Addo, CEO of Babyjet Promotions promised an action packed show spiced with entertainment and exciting undercards to thrill fight fans and appealed to corporate Ghana to offer their support to make boxing great in Ghana.

He also revealed that Mendez will arrive in Ghana early, two weeks before fight night to take part in promotional events and shows at Accra, West Hill and Nungua Junction Malls to publicise the fight.

“We are calling this fight ‘Defend to Conquer’ the road to Madison Square Gardens where Game Boy will make Ghana proud. We are planning to challenge for the WBA title after this and unify the lightweight world titles,” Mr. Anim-Addo said.

“We will host road shows with the two boxers at West Hills Mall, Accra Mall and Nungua Junction Mall, visit Sports minister, Mayor of Accra and other important dignitaries in the days leading to the fight. We need the support of corporate Ghana to help make this fight and boxing in general in Ghana a success, its very important,” the BabyJet Promotions CEO added.