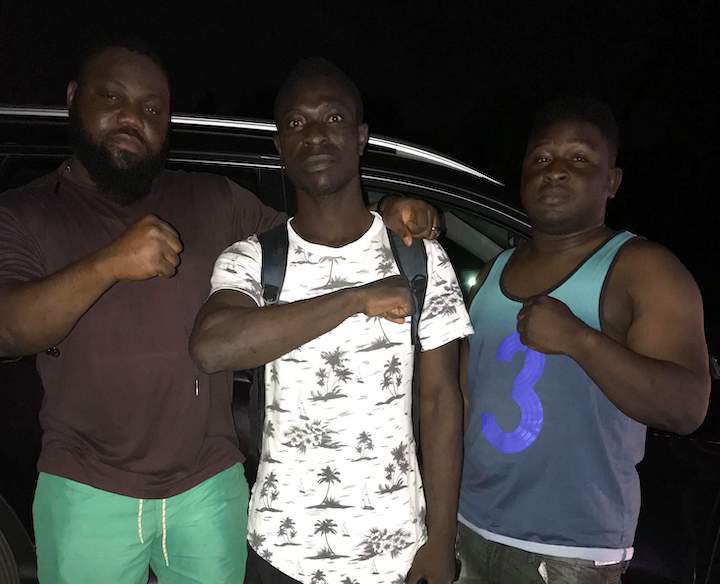 Ghana’s Tackie Annan is leaving nothing to chance when he meets countryman, Ben ‘Congo Soldier’ Ankrah in the Professional Boxing Council (PBC) international lightweight title fight by moving his training camp to neighbouring Togo where he is taking on some of the toughest fighters in that country in sparring sessions to tune in ready for his title bid in the UK next month.

Annan faces the well-travelled Ankrah in a clash of two Ghanaian pugilists on foreign soil, an undecard of Lee Williams McAllister’s WBU super welterweight world championship against another Ghanaian, Justice Addy put together by Assassin Promotions and sanctioned by the British and Irish Boxing Authority (BIBA) on June 15 at the Tony Macaroni Arena, Livingstone, Scotland.

With the winner assured a next fight against former WBO featherweight champion of the world, Scott Harrison for WBU lightweight world title in August, Accra based Annan is determined to outpoint his relatively experienced compatriot on what he says is a stepping stone to achieving his world title dreams.

“I’m focused on this huge fight in my career, it’s an opportunity to win a prestigious title outside Ghana. My team have supported me in training and with what we are still doing, I have no doubt that Congo Soldier will go down,” Tackie Annan told Dornu’s Corner in Accra.

“The guys I’m sparring with in Togo are not giving me any easy time at all, they are tough and rugged. I’m not having it easy but I like the competition they put me through and I appreciate it very much. I can say going to train in Togo has helped me a lot already and I know it prepares me for victory on June 15,” he added.

In the event, Annan (pictured in Lome, capital of Togo) will return to Ghana at the end of the week before going back Monday to spend the next two weeks in the French-speaking West African country before concluding training camp in Accra ahead of departure to the UK by June 10 in the company of his trainer, Jonathan Nettey and manager, Eugene Kojo Doe.

The only other time he fought outside Ghana ended up as Annan’s
quickest in the ring in his 16-fight career since his pro debut in July 2011, the Ghanaian suffering a round one TKO defeat to Baishanbo Nasiyiwula of China in the vastly populated Asian country in February 2016. But with that painful experience still fresh in his memory, Annan remains resolute he will make amends and finish the triumphant man this time.

“This is not just about making my country proud, it’s going to be a special night for me because I believe I will get my first win outside Ghana. I wasn’t happy at all with what happened to me in China and I am very determined to make it up to my fans with a convincing win,” Annan said full of poise.

“I’m going all the way to the top, I look forward to the fight against Harrison in August which is also very important, a nice opportunity to announce myself to world boxing but I’m not getting ahead of myself. I have a job to do against Congo Soldier in June and that’s what I’m focused on now,” he said.