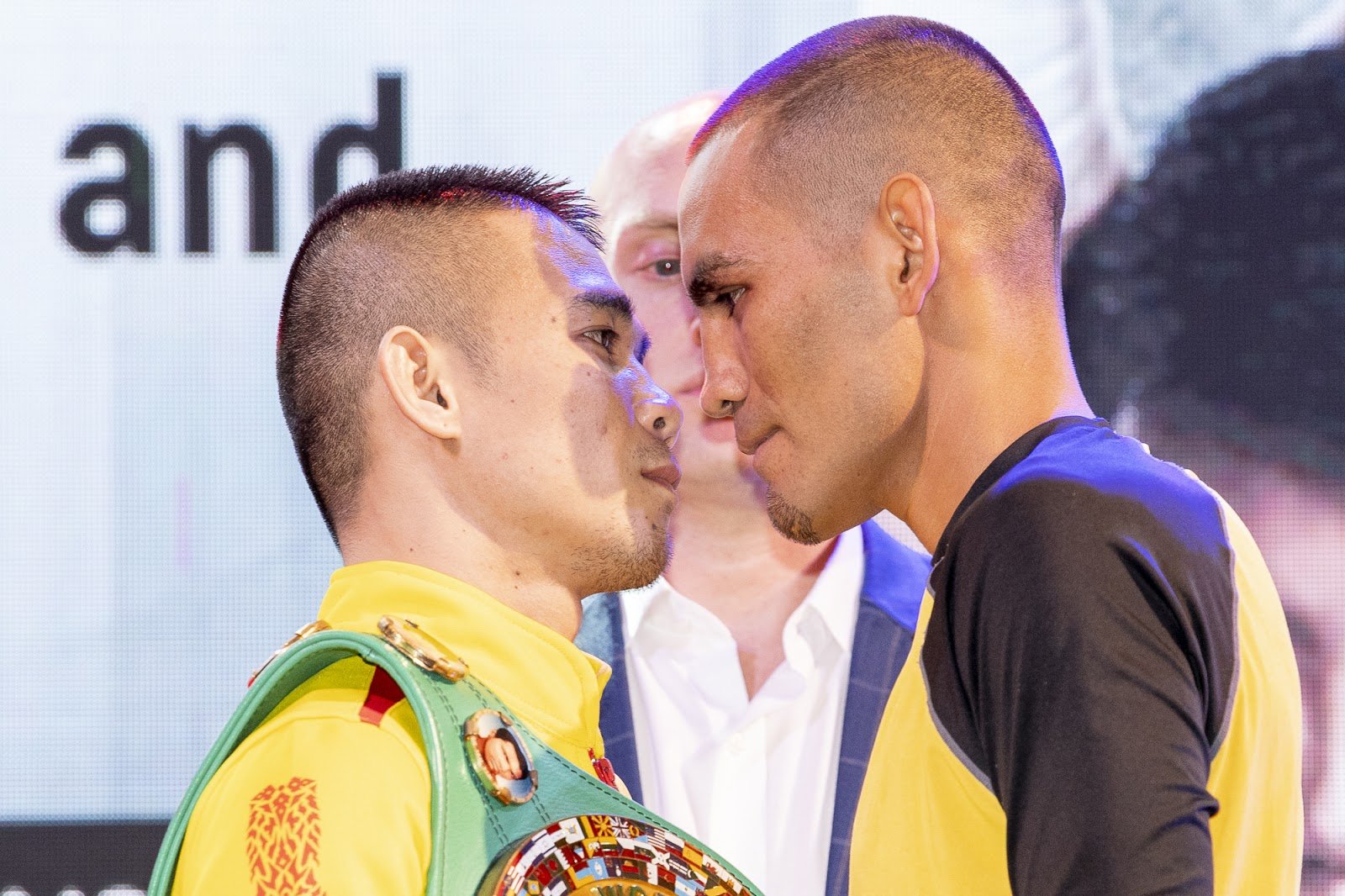 ONE: KINGDOM OF HEROES is set for Saturday, 6 October at the Impact Arena in Bangkok, Thailand and will feature the absolute best in local and international martial arts talent.

Ticket information for ONE: KINGDOM OF HEROES is available at www.onefc.com.

Chatri Sityodtong, Chairman and CEO of ONE Championship, stated: “I am thrilled to introduce world-class boxing for the very first time to ONE Championship fans. You can all catch the action live from the Impact Arena this Saturday evening, or on the ONE Super App. As you can see from our athletes here today, everyone is primed and ready to showcase their amazing skills on the biggest global stage of martial arts competition. The most exciting sporting event in Thai history is going down and will feature your favorite martial arts superstars. Of course, in the main event is none other than, one of the best boxers in the world pound-for-pound, our very own Srisaket Sor Rungvisai! It’s going to be a wild night and I am excited for all the action that is to come!”

In addition, ONE Championship announced a strategic partnership with AIS PLAY, an online streaming solution operated by AIS. AIS is the largest mobile network operator in Thailand which provides top-notch service and is committed to providing consumers with a wide array of full digital solutions and products for mobile, fixed broadband and digital. The partnership also aims to leverage both ONE Championship and AIS PLAY’s capabilities and influence to promote martial arts-related content, digital assets and services, events, and telecommunications services to fans and AIS PLAY subscribers in Thailand.

“After a gruelling training camp, one of my toughest yet, I am in tremendous shape and I’m ready to defend my title this Saturday night. Performing in front of all my fans here in Bangkok, and in front of all the Thai people, it is both an honor and a privilege for me. I will do everything in my power to keep the belt and defeat a worthy opponent in Iran Diaz. I know he’s ready too, and I am prepared for whatever he brings to the table.”

“Right now, the time for talk is over. It’s time to lace up the gloves and prove ourselves inside the ring. I would like to thank ONE Championship for the opportunity to participate in such a massive event seen all around the world. I will do my best to give the performance of a lifetime. Everyone who is a fan of boxing should tune in, because we are going to do something special this Friday night. I thank all the fans for the continued support. See you all at the Impact Arena on Saturday.”

“I have never trained harder for any fight. This is the most important fight of my career. I am proud to be in the best shape of my life, and I am 100% ready to step on the champion’s home soil and score the upset. I know that he is a very powerful and aggressive puncher, but I am confident in the strategy me and my team have come up with. He’s a superhero in Thailand, but I’m going to crash this party and take the title here on his home soil.”

“Get ready for the biggest upset of the year. I’m heading into this fight fully expecting to walk away with the belt around my waist as the new champion. I know it’s not going to be easy, but I will do whatever it takes to emerge with the win. It’s going to be an amazing fight this Saturday night. I’m coming into hostile territory, but I’m packing the firepower. Let’s get ready to rumble.”

“Winning the ONE Super Series title was the greatest feeling. Going up against a great fighter like Yodcherry Sityodtong, I could feel the pressure. Everyone expected her to win and the odds were stacked against me. So when I won the bout, it was the most amazing achievement of my career. I have worked hard in training over the last couple of months. I know that in order to keep this belt, I have to continuously upgrade my skill set. There are a lot of tough opponents ahead and I will do everything in my power to keep the title.”

“First of all, I would like to thank ONE Championship for this opportunity. Competing for the ONE Super Series title, especially at home in Thailand, it’s an honor for me. This will be the biggest fight of my career. Everyone wants to be a world champion. The ONE Super Series has the best in the world from all striking disciplines, including Muay Thai. If I can win the belt here, I will be considered the best in the world in my discipline. I can’t wait to put on a show for my hometown fans and friends. Also to be able to compete on the same card as our national hero Srisaket Sor Rungvisai is a total honor.”