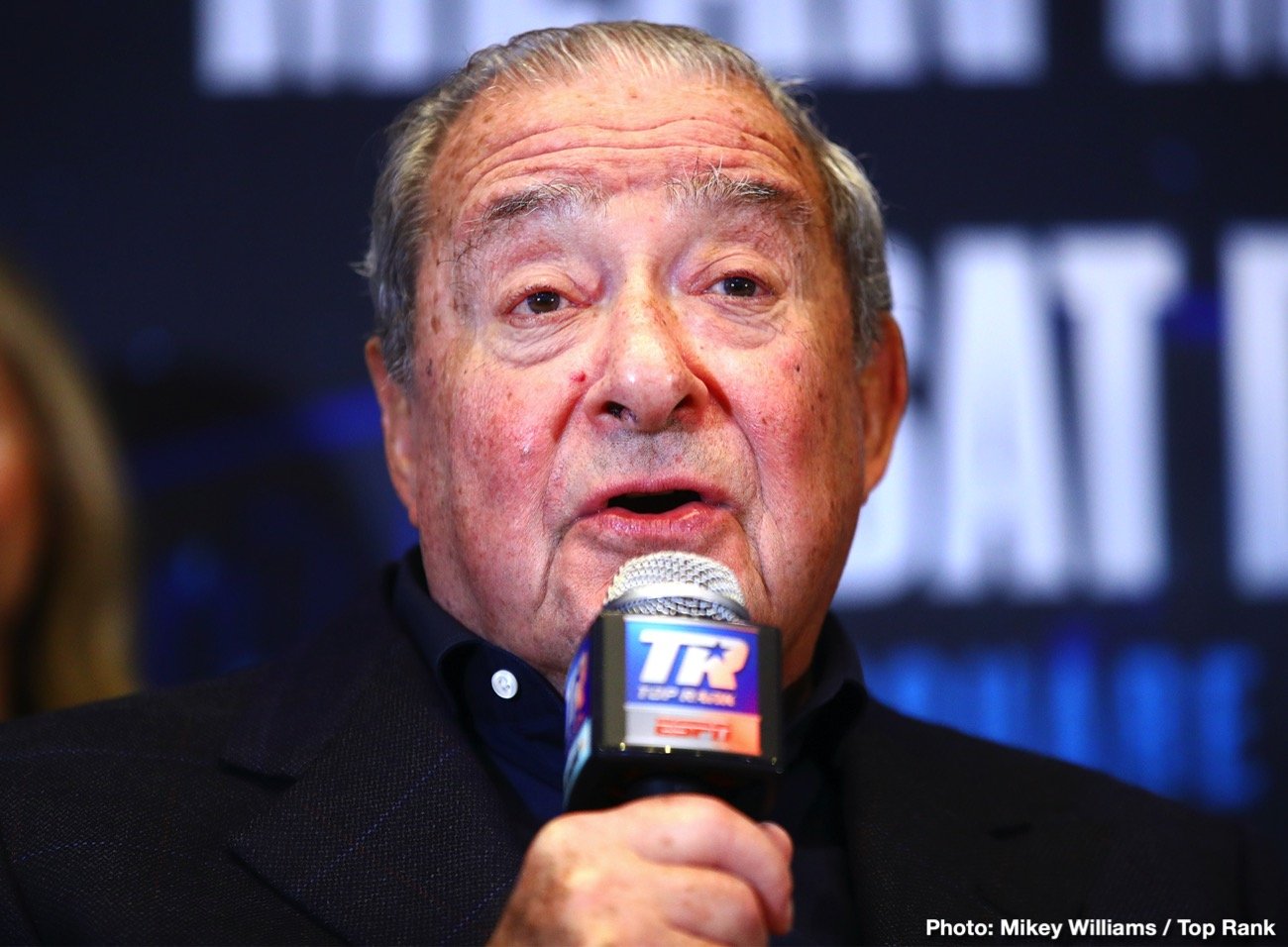 Shawn Porter doesn’t like the way that Top Rank promoter Bob Arum openly discussed how he was unable to make money on some of Terence Crawford’s recent fights.

Like many people, Porter says Arum should have kept the business information about Crawford to himself instead of airing it to the public.

Arum appears to be trying to motivate WBO welterweight champion Crawford (37-0, 28 KOs) to get out in the public and start increasing his popularity on his own with social media and by giving interviews.

Maybe Arum feels this was the only way to shock Crawford into increasing his presence in the public.

Arum would like Crawford to build interest the way that Teofimo Lopez has done in his short career. It hasn’t take Lopez long to become popular on social media, which has carried over to his fights.

Crawford typically posts once a week on social media, and he generally interviewed in the weeks before his fights. Obviously, for Crawford to build a large fan base, he’s got to work on it daily and not just when he fights.

Arum isn’t cashing out with Crawford

“Bob [Arum] was alluding to not being able to make the money that he wants to against Terence Crawford,” said Shawn Porter. “That bothered me because that’s part of the business that you keep to yourself.

“You keep within the house. You don’t let everyone else know something like that. Don’t let everyone know how you feel about the business and your guy. I feel like Terence has done a fantastic job with Top Rank.

“Clearly, he’s been loyal to no one but Top Rank and Bob Arum. I felt very displeased at what I read from Bob Arum.

Arum is trying to put Crawford in fights that he feels will make money because he’s found out the hard way he can’t do that with the way he’s been scheduling him.

Arum said on Wednesday that he thinks he can make a little bit of money if Crawford fights Errol Spence Jr, and if Terence wants to leave that fight, he can.

Again, Arum likely feels that he’s got to take that approach to get Crawford to put in the work. In a way, Arum being a teacher but a strict one to instruct Crawford to do the right thing.

Ultimately, it might work what Arum is attempting to do, but he’ll probably lose Crawford because of it though.

Whichever promotional company Crawford goes to next, they’ll potentially be able to benefit from him being more willing to work harder at promoting his fights.

Shawn says he’s too high of a risk for Crawford

“What did you take from the question and the response that you got from Bob Arum in terms of him saying him losing money with Terence Crawford? How do you feel about him and the business right now?”

Interestingly, Arum hasn’t shown interest in matching Crawford against Shawn Porter, but you can see why. Porter’s smothering inside fighting skills and his strong chin would result in Crawford having many problems. 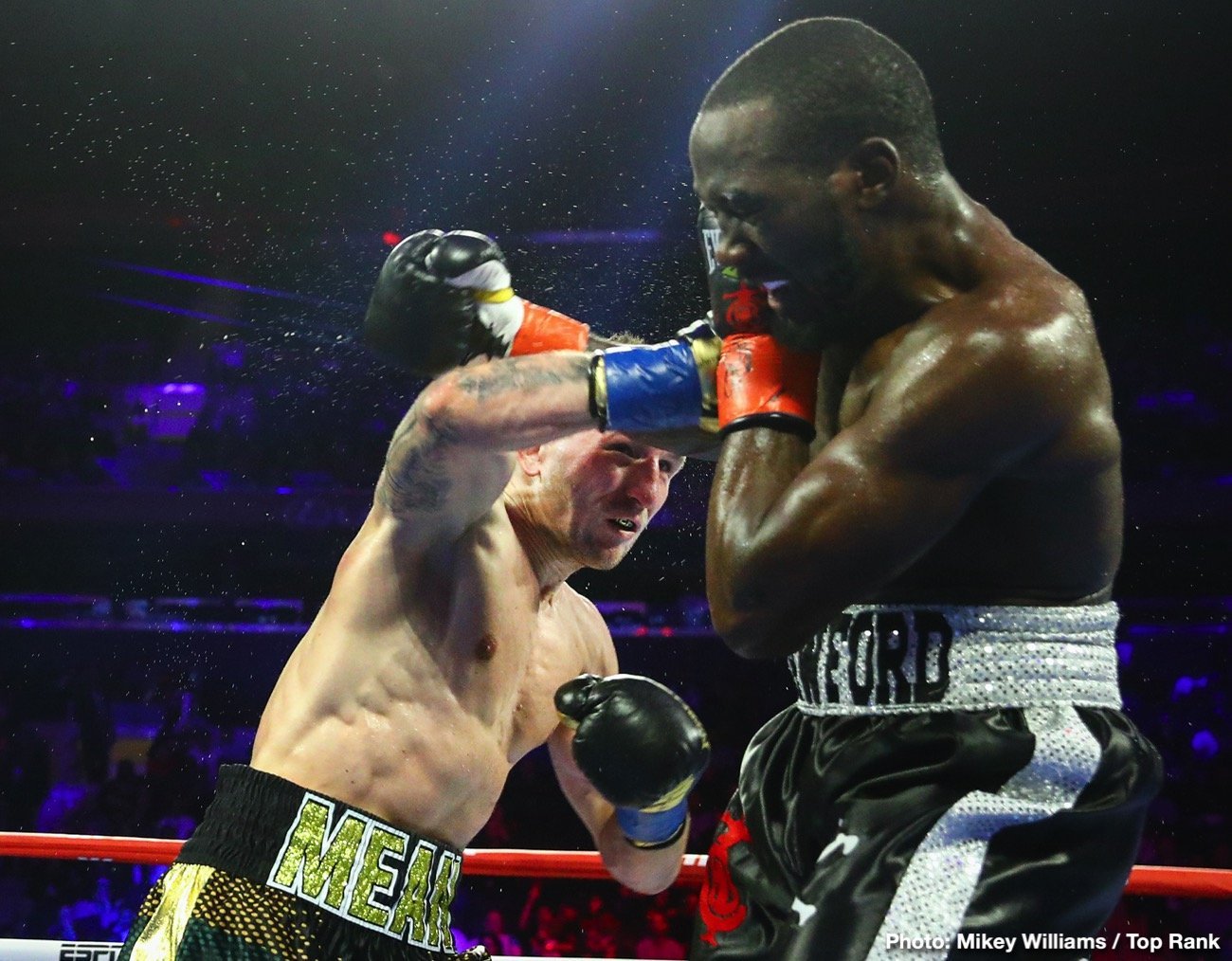 He couldn’t count on scoring a knockout to bail him out against Porter. Crawford might lose to Porter, which obviously destroys his chances for money fights against Spence and Pacquiao.

Porter not part of Arum’s plans for Crawford

“The fight is definitely possible; I think the fight is possible for both of us,” said Porter about him and Crawford fighting.

“When I talk about the company line being Errol Spence Jr and Manny Pacquiao [as being the fighters that Top Rank wants Crawford to fight], even with Terence himself.

“I don’t know if it’s an agreement that he’s made with Bob Arum. Again, I’m not mad at him. He’s not going to say other names but the names [Pacquiao and Spence] that he should say to make money.

“He’s fighting who you tell him to fight,” Porter said of Crawford fighting the guys that Arum picked for him.

Porter is ranked #1 with the World Boxing Organization, which means he could soon get a title shot against Crawford unless he vacates or is beaten by Spence.

Arum might want Crawford to steer around Porter, but soon that won’t matter once his contract with Top Rank expires in 2021.