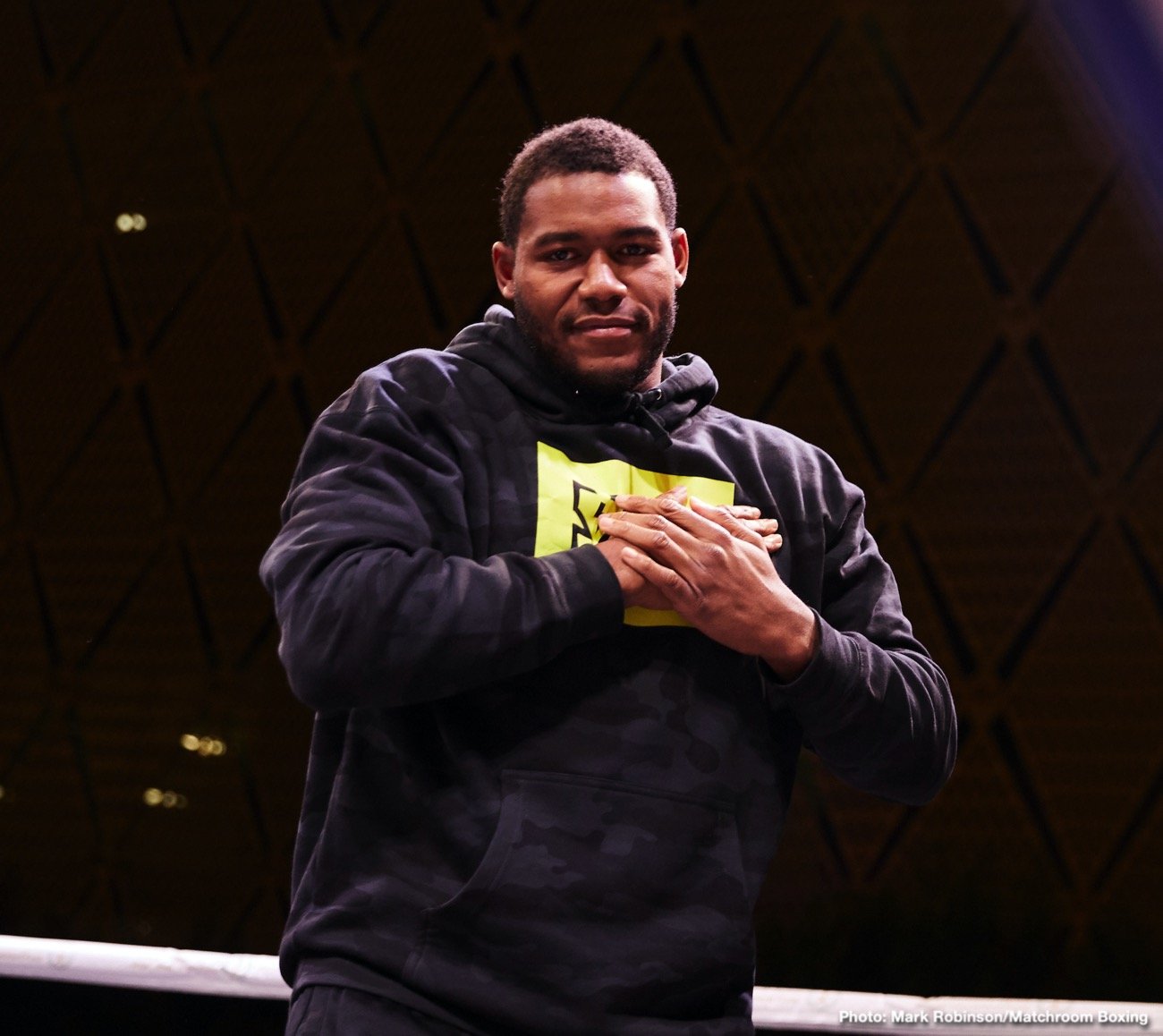 Michael Hunter is a genuine heavyweight contender, as his performances in fights with the likes of Alexander Povetkin (a draw), Alexander Ustinov, Sergey Kuzmin and Martin Bakole (all wins) show. Hunter, 18-1(12) recently parted ways with Matchroom and Eddie Hearn, and thus far he has not been able to land himself a big fight since. Hunter – who is unbeaten as a heavyweight, having moved up from cruiserweight after losing a decision to Oleksandr Usyk in 2017 – wants the big names: a fight with Tyson Fury perhaps his ideal choice (Hunter says he got the better of Fury when they sparred some years back).

Instead of a big fight, Hunter will, according to BoxRec, face Chauncy Welliver in his next outing; this on December 19, on the Gilberto Ramirez-Alfonso Lopez card set for The Galveston Island Convention Centre, Texas. The one big concern that immediately springs to mind when reading this, is the fact that Welliver was absolutely, hopelessly, grossly out of shape when he last boxed. This was back in August, when Welliver fought unbeaten prospect Cassius Chaney. For this fight, Welliver tipped-in at an unsightly 378 pounds! Chaney got the stoppage win, yet the big talking point was the shocking appearance of Welliver.

How could such a disgracefully untrained man be allowed to enter a boxing ring, fans asked? Welliver, a decent fighter some years back, beating the likes of Bert Cooper and Rob Calloway (and weighing a whole lot less in these fights), could have suffered a heart attack, some people suggested. Now the big question, the big concern is, will 33 year old Welliver, 57-13-5(23) be in as terrible shape against Hunter?

We had better hope not. The Chaney-Welliver fight was not seen by a huge audience, yet the Hunter-Welliver fight is set for a bigger stage. It’s entirely possible this fight doesn’t actually take place, though. If Welliver does turn up looking so out of shape ahead of the weigh-in, maybe the commission will refuse to let him fight. In all honesty, this is a keep-busy fight for 32 year old Hunter and nothing more.

Maybe Welliver has been training hard since the August loss to Chaney, and maybe he has shifted some of the excess weight he was carrying back then. Still, how much weight can Welliver possibly have lost in around three months? At 378 back then, Welliver needed to lose at least 100 or so pounds.

If he hasn’t worked off some tonnage, Welliver will be embarrassed badly when/if he gets in the ring with Hunter.