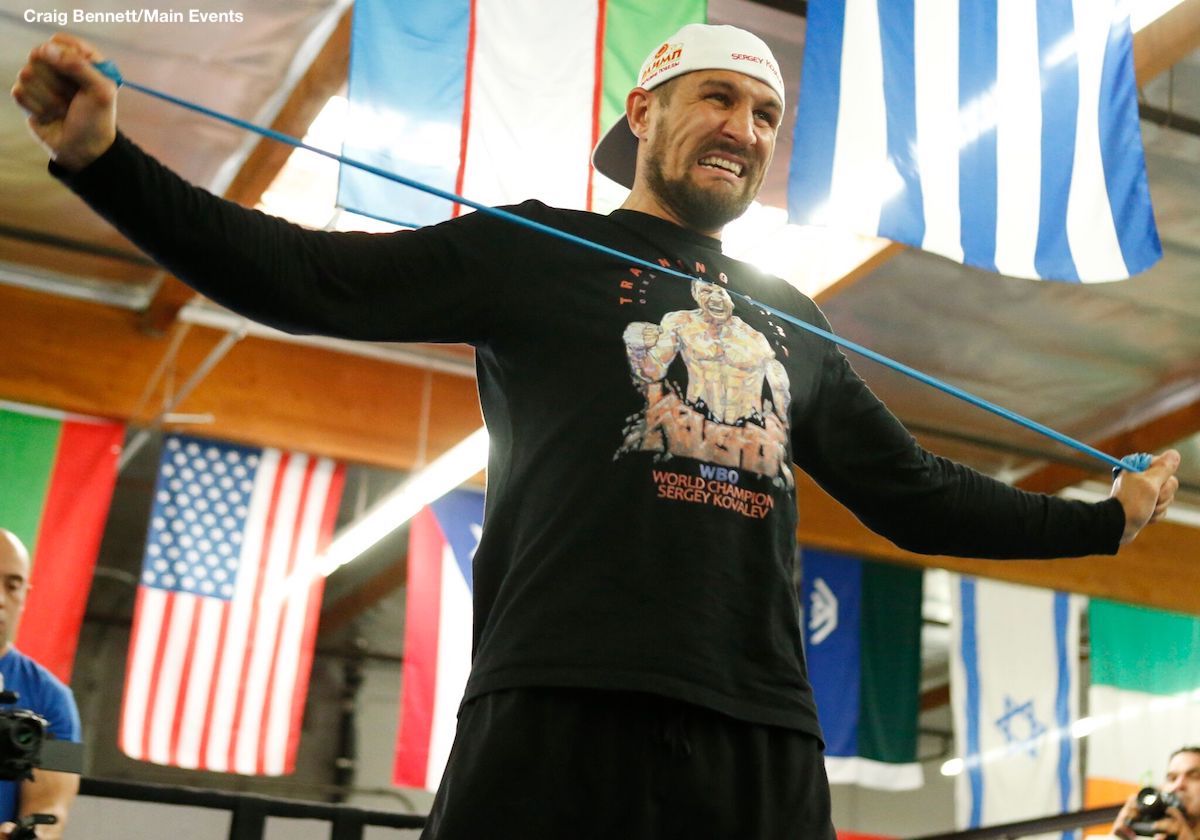 Speaking to RusBoxing, Kovalev lists these fighters that he wants in the 175 lb tournament:

Saul Canelo Alvarez has talked of wanting to move up to 175 to fight Kovalev. He would be a good addition to the list.

Gilberto “Zurdo” Ramirez is moving up to 175 this weekend for his fight against former world title challenger Tommy Karpency. Ramirez would be a good name for the list, but whether his promoters at Top Rank would allow him to compete in the tournament is another question entirely.

You can argue that Callum Johnson would be a better choice for the light heavyweight tournament than the unproven Yarde (18-0, 17 KOs). Johnson showed in his fight with Beterbiev last October that he has the talent to compete with the best at 175. Yarde, the current #1 mandatory for Kovalev with the WBO, is still unproven. If that fight gets put together, the fans will get to see if Yarde is the real deal or just a product of hype. Joshua Buatsi would be a good addition to Kovalev’s list.

Sullivan Barrera deserves a spot on the list as well. He’s shown himself to be one of the best fighters in the 175 lb division in the past. He beat Joe Smith Jr., and looked good against Dmitry Bivol. Depending on how Badou Jack looks in his next fight, he should be on the list as well. He gave Marcus Browne and Adonis Stevenson a good fight.

It would be nice if the WBSS were able to put a tournament together at light heavyweight like they’ve done at 118, 140 and 168, but it’ll take some hard work to get that project done. The problem is that Top Rank has several of the best fighters in the light heavyweight division signed with them in Artur Beterbiev, Sergey Kovalev and Oleksander Gvozdyk. Top Rank Boxing might not see it advantageous for them to include any of those fighters in a WBSS tournament. Top Rank didn’t have their fighters Jose Ramirez fight in the WBSS 140 lb tournament, Terence Crawford participate in the 140 lb WBSS tourney or Gilberto “Zurdo” Ramirez compare in the 168 lb WBSS tournament. It stands to reason that if Top Rank didn’t include Ramirez, Crawford and Gilberto in the WBSS’s tournaments in those weight classes, they’ll not be eager to let their light heavyweights take part in a tournament that could see them get beaten.