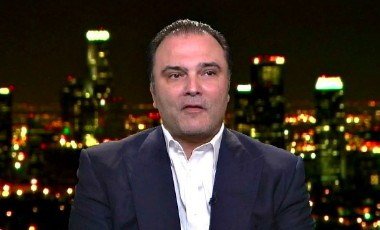 The boxing world is abuzz, and not in any way related to an upcoming fight or even a specific fighter. Richard Schaefer, the man who worked tirelessly to promote Golden Boy Promotions to the powerhouse that it is today, has left the company. Many are confused about what’s happening today, and how Al Haymon’s and Floyd Mayweather’s decisions will affect future business.

But hopefully, it’s not all bad. After all, if things work out properly, then this means that Golden Boy fighters can now take on Top Rank fighters; the kind of thing fans have been yearning for. If we assume that all the fighters we think to be Golden Boy signed are indeed Golden Boy signed (something Schaefer said was not necessarily true) and that they can peacefully agree on a TV network to fight on, where does this leave Top Rank’s two biggest fighters?

Many assumed that Marquez and Pacquiao, after their fourth fight in 2012, might not ever cross paths again. After knocking him out, the Mexican gave his stance that he never wished to fight Pacquiao again, and refused Pacquiao the rematch the latter was seeking. He instead decided to fight Timothy Bradley, having only one remaining goal of being Mexico’s first 5 Division World Champion, and was notably favored to do so. Pacquiao was dropped in both the pound for pound and welterweight rankings, and left for a comeback fight against Brandon Rios to get his smallest payday in years.

One and a half years later, things have changed slightly. Bradley defeated Marquez to keep the belt he wanted, and then lost it to Pacquiao. Marquez recently beat Mike Alvarado in the latter’s welterweight debut, now becoming the mandatory for Pacquiao’s belt. Marquez has gotten an opportunity for possibly the biggest payday in his career (likely more than 5 times his last purse) to get his fifth division title against a man he just knocked out. Despite appearing be a great chance, Marquez seems like he does not wish to do it. His trainer for one insisted he would go to any lengths to stop the rematch from happening, and his team has similar sentiments.

I will not speculate on Marquez’s thinking, nor on who I think would win the fight. However now, with the Cold War perhaps thawed, the two fighters may have a chance at suitable welterweight opponents asides from each other. They both fought almost everyone of relevance in the top rank stable, and have gotten a chance to look at Golden Boy. Marquez has insisted he wants that fifth belt, and if he does not wish to fight Pacquiao, he now has other options. Namely, one other option: Shawn Porter. Mayweather will doubtless refuse to rematch Marquez for his welterweight belts, but Porter has the IBF belt. He recently came to prominence by roughing up two technical wizards, Devon Alexander and Paulie Malignaggi.

He has jumped in the welterweight ranks, some putting him above Marquez himself. Porter has a mandatory defense against undefeated British Kell Brook, which will not be an easy fight. Marquez would need to wait for him to win and only then get a shot. This would be much later on, difficult to organize and it’s not even guaranteed if Porter is a true GBP boxer. Most importantly though is that Marquez might actually have a worse chance against Porter than against Pacquiao. Porter is physically huge in comparison, and has just the unrestrained tough approach that could let him find Marquez’s chin and shrug off the smaller man’s counters. If Marquez really wants a belt then for convenience, money and chance of victory Pacquiao remains the best option. Or Marquez could wait for a weaker champion to get lucky and snatch a belt, trying only then. With his age, that might not so viable either.

For Pacquiao, the onus is not to gain another belt and then retire but to box for another 2 years, in an estimated total of 5 fights. He felt good after beating Bradley and wanted to continue boxing, and as such fans don’t want to see him repeat the same fights but instead take on new challenges. GBP has too many top welterweights and junior welterweights to control, and they would all want a shot at Pacquiao. Maidana is looking red hot after fighting well in his loss to Mayweather, and would love the fight. Adrien Broner has called him out, Danny Garcia has mentioned he would be interested, and knock-out artist Keith Thurman will likely agree if given the chance himself. Though Marquez now wishes to retire after a final win, Pacquiao has enough fights down the stretch to welcome the newcomers into our next generation of boxing. He would be the betting favorite against any welterweight besides Mayweather and possibly Marquez, but there is interest abound. What does the man himself want? “It’s up to my promoter, Bob Arum”.
Let’s see what they do.