The summer of 2021 has been an odd and vaguely frustrating time of year for boxing fans. When the season began, we expected to be able to watch Tyson Fury and Deontay Wilder complete their trilogy and then to watch Errol Spence Jr. defend his portions of the welterweight crown against the legendary Manny Pacquiao about a month later.

No such luck. Fury contracted Covid-19, and his fight with Wilder was rescheduled for October. Then, earlier this week, we found out that Spence had sustained a torn retina and that he had withdrawn from his fight with Pacquiao as a result.

His replacement, Yordanis Ugas, is an extremely capable contender, but the fact remains that Pacquiao-Ugas isn’t nearly as attractive a matchup as Spence-Pacquiao would have been.

Needless to say, fans are a little disappointed by this, and you can’t really blame them. High-profile fights aren’t easy to make under ideal circumstances and to have them taken off the table shortly before they’re scheduled to take place is a little too much for fans to bear.

That said, there are times when boxing gives in addition to taking away, and this weekend appears to be one of those times. For tonight, we’re being treated to a full slate of televised boxing on three separate networks, each of which is being capped by an intriguing, important, and potentially exciting main event.

The Filipino champion has monstrous power in both hands and likes to march forward and wing shots at his opponent until they crumble under his assault; in contrast, Cuba’s Rigondeaux is at his best when he circles his opponent, waits for openings to appear, and then fills them with an unerringly accurate laser left hand.

For me, the outcome of this fight hinges upon whether Rigondeaux can land something big in the early rounds; if so, he may well be able to establish a rhythm that will allow him to control the distance and to pick off his shorter opponent at range.

If not, Casimero will rampage toward Rigo with temerity and keep him on the defensive by launching one volley of power punches after another. Right now, it’s easier for me to envision the latter outcome because “El Chacal” isn’t quite as elusive as he was at his peak and because Casimero’s defense is better than one might expect for someone who operates as a pure slugger.

So, I think that it’s likely that John Riel will eventually drag Guillermo into the kind of firefight that favors the champion’s aggression and his world-ending power.

It’s foolish to rule out Rigondeaux’s chances entirely, but I have a bad feeling that at some point, Casimero will find a way to put Guillermo on the mat and to make sure he stays there for the full ten count.

Hometown hero Ortiz generally prefers to take the fight to his opponents and overwhelm them with a steady stream of combinations to the body and head. 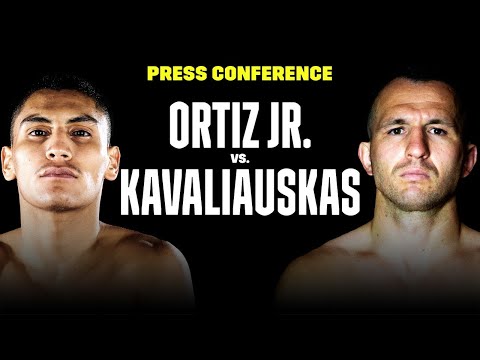 That approach should suit the Lithuanian just fine since Kavaliaukas likes to stalk his opponents behind a stiff jab and then bludgeon them into submission with a heavy and accurate right hand.

“Mean Machine” shouldn’t have too much issue finding the offensive-minded Ortiz with that right hand, and it will certainly be interesting to see how Vergil reacts after getting cracked by the biggest puncher he’s faced to date in his young career.

However, in order to test that chin, Egidijus will have to endure some serious incoming in his own right from a puncher who possesses a significant edge in terms of size and speed. Terence Crawford was able to utilize those same advantages to drive the Lithuanian onto the back foot and eventually grind him down for a ninth round stoppage; while Ortiz may not display the same polish, I think he possesses enough talent to produce a similar result in just about the same amount of time.

And, finally, I’d be remiss not to take a moment to discuss the third installment of the series between WBA Regular World 15lb Champion Joshua Franco (17-1-2, 1 NC, 8 KO’s) and the man he defeated to claim the title, Australia’s Andrew Maloney (21-1, 1 NC, 14 KO’s), scheduled to take place in Tulsa in the main event of tonight’s ESPN boxing card.

In their first fight last year, Franco was able to match his opponent punch for punch at range and eventually was able to work his way into the trenches and batter his opponent in the second half en route to winning a close but clear unanimous decision.

In the rematch, held on the undercard of November’s Crawford-Brook fight, Maloney dominated the first couple of rounds with a persistent jab and some sharp combinations.

These punches appeared to cause the swelling that convinced Franco’s corner to retire after the second round, but after almost a half-hour of review, the official ruling was that this injury resulted from a headbutt and that the bout would be ruled a No Contest.

With the matter between these two clearly unresolved, the stage is set for their third contest, and of the three fights I have discussed, this is the one I find most difficult to predict.

Given the way Maloney performed in their second fight, one could easily claim that he had figured Franco out and should be able to dominate from this point forward.

But, a technically sound volume puncher like Franco isn’t the kind of guy that’s easily dominated, and if he can hang around and avoid early injury or catastrophe, he’s capable of making things miserable for Maloney in the second half like he did the first time they fought.

Still, you can’t ignore the success that the Australian enjoyed in the opening portion of their rematch, and I’m inclined to think he’ll be able to pace himself a bit better and be in better shape to withstand any second-half charge that Franco is able to mount. I don’t think it will be easy, but the pick here is that Maloney regains the title he probably should have won back in November.

It remains to be seen if any of my predictions will turn out to be correct, of course. It wouldn’t surprise me if I go 0-3 for the evening. 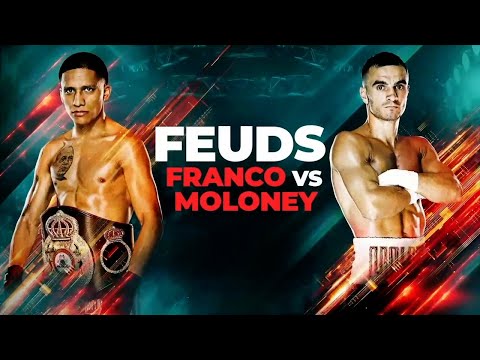 Still, if these fights turn out to be as entertaining as I expect them to be, then I won’t consider the night to be a waste and will take solace in the fact that the summer of 2021 wasn’t quite the write off it initially appeared to be as far as pro boxing is concerned.