Guillermo ‘El Jackal’ Rigondeaux has got a tough fight on his hands tonight in facing WBO bantamweight champion John Riel Casimero in a 12 round fight at the Dignity Health Sports Park in Carson, California.

The once pure boxer Rigondeax (20-1, 13 KOs) has transformed himself into a stationary slugger in his last three fights, which have been grueling wars that he’s won but taken a lot of punishment.

Rigondeaux will need to revert to the fighter he once was for him to defeat the brawler Casimero, as the Filipino slugger thrives on trench warfare, and he’s going to be next to impossible to beat in that kind of a fight.

How to watch Casimero vs. Rigondeaux

Casimero vs. Rigondeaux is meeting in the main event on SHOWTIME tonight, starting at 8 pm. ET/5 pm. PT.

Of the important cards taking place tonight, Casimero vs. Rigondeaux might be the best of the bunch in terms of it being a competitive contest on paper.

Rigondeaux, 40, is looking to win his fourth consecutive fight and relieve Casimero (30-4, 21 KOs) of his WBO bantamweight title. The two-time Olympic gold medalist Rigondeaux is the underdog, but that doesn’t mean much. He’s got the talent to win this fight, as long as he doesn’t get dragged into a grueling war.

For the most part, Rigondeaux has redeemed himself since his sixth-round stoppage loss to Vasily Lomachenko in 2017, a fight in which some boxing fans believe that Rigo quit.

Rigondeaux was out of his element, moving up two weight divisions to take on WBO super featherweight champion Lomachenko, who was in the zenith of his career at the time.

Since that fight, Rigondeaux has looked much better, beating Liborio Solis, Julio Ceja, and Giovanni Delgado. Rigondeaux stopped Ceja in six rounds and Delgado in one, showing that he’s quite adept at slugging when he wants to.

Rigondeaux isn’t quite as mobile as he once was at age 40, but he still has the power, speed, accuracy, and technical boxing skills to beat the top-level opposition.

It’s clear, though, that Rigondeaux can’t fight Casimero in the same way he did against Ceja, Delgado, and Solis because he hits too hard, and he’s going to look to take him out.

Rigondeaux needs to treat Casimero the same way he did in beating Nonito Donaire eight years ago when he outboxed him to win a wide 12 round unanimous decision in 2013.

“I know how to manage my game plan against Rigondeaux, but I’ll leave it as a surprise for him,” said Casimero.

“I’ve stopped my last six opponents, and Rigondeaux is next,” said Casimero. “He’s ‘finito.’ If I finish Rigondeaux, then maybe Donaire or Inoue will be next.

“I’m confident I’m going to knock him out because of my training camp. My coach Nonoy Neri has prepared me for this moment,” said Casimero.

Rigondeaux can make this fight into a clinical affair and give Casimero fits, but he’ll upset many boxing fans if he does that. That might be one of the reasons why Rigo has changed his fighting style since his win over Donaire. 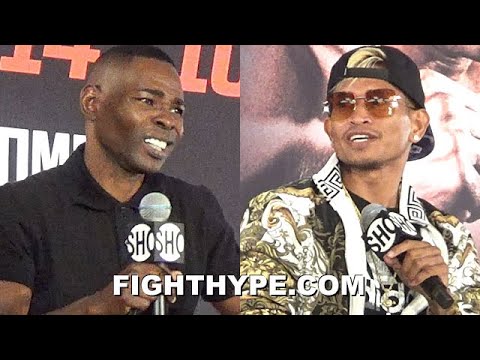 Rigondeaux took so much heat from fans and promoters; it led to him altering the fighting style that was taught to him while growing up in Cuba.

If Rigondeaux fights like he used to with his defensive style, he’s going to embarrass Casimermo and make him look bad. Casimero is far less technical than some of the fighters that Rigondeaux has fought during his career, and his only chance of winning is if the Cuban talent goes to war with him. If Rigondeaux chooses to box, Casimero has no chance.