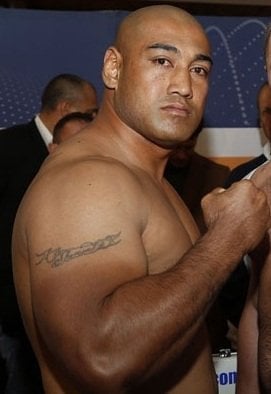 In news which will surprise some, and seems standard to others, former WBC heavyweight champion of the world Samuel Peter has signed to fight recent title challenger, and popular contender, Alex Leapai. The 10 round bout is scheduled for October 24 of this year, given the former champion barely two months to prepare, and is set for Leapai’s home country of Australia. The news has been confirmed by several media outlets and the bout is listed on the usually reliable boxrec.com.

Rumours have been circulating since December of last year that Peter was planning a ring return. The always popular Nigerian powerhouse was reportedly said to be struggling with the idea of retiring off of two back to back losses, the last being a particularly shocking, and painful to watch, knockout at the hands of Robert Helenius three years ago. The nature of that loss and the fact that Peter has not boxed in three years will give his former fans a rather ominous sense of foreboding ahead of this fight. Does Peter really want another crack at the big time? Or is it simply another sad case of a former star and champion secretly battling financial losses and succumbing to acceptance of the role as the ‘opponent’ on another fighter’s card. As with the Helenius fight, this bout is going to be an Alex Leapai show in front of his fans. Peter has been chosen by team Leapai as a big name to build upon after a hopelessly one sided title defeat to Wladimir Klitschko.

It’s rather obvious, and also rather sad, that a prime Samuel Peter would have almost certainly overpowered and stopped Leapai. The popular Australian aggressor has knockout losses on his record to non reputed punchers such as Kevin Johnson. A naturally smaller, and with less fire power, foe in years past would have been a tune up bout for Peter. However, things never change as cruelly as they do in boxing and things have certainly changed now. Always a fan of Samuel Peter, I can’t hide my strong desire not to see him get humiliated against lesser fighters, and not to see him knocked out again. So appealing in his prime for possessing such a sturdy chin and unappreciated capacity to adapt, it was shocking to see the fighter who took Wladimir Klitschko’s thunderous right hand flush only to shake his head, be knocked out cold by a fighter the calibre of Helenius.

If Peter is using this fight for any serious purpose then certain things must be satisfied. When he fought Robert Helenius in 2011, his claim of being in a training camp with Jeff Mayweather were proven to be false, with suspicion that he never even had a training camp but rather just turned up. He didn’t have a trainer or a cutman in that fight, using his manager and former entourage members to take care of things. If Peter is not in camp properly for this he stands no chance, and even if he does score a knockout it won’t mean much. I’d like to think Peter does have another run in him and that we might see at least flashes of the fighter who bullied and outboxed James Toney, or who patiently took his time to blast out Oleg Maskaev. At the very least champions should go out on a win. I have sincere doubts. Peter took more punishment combined in his three fights with the Klitschko brothers than any heavyweight has taken the last five years, and without his punch resistance, somewhat similar to Ricky Hatton, his whole capability as a fighter is compromised. We’ll wait for events to unfold and there will be more to say.