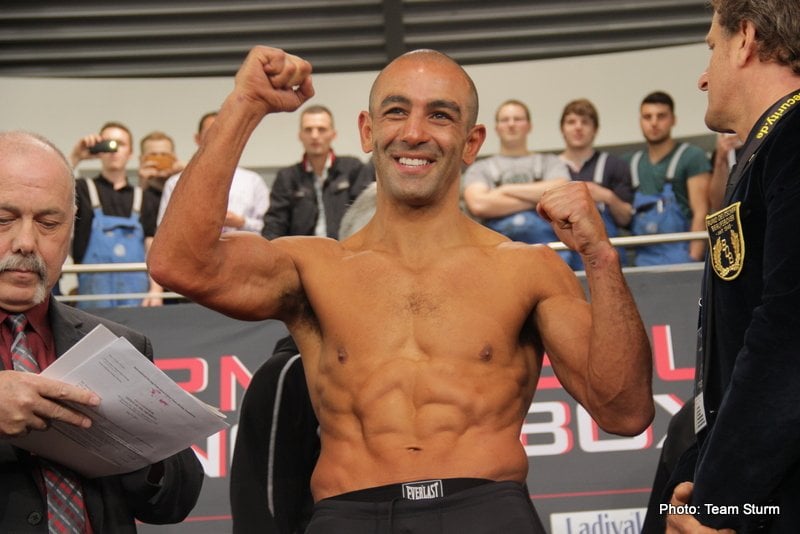 If any current fighter deserved to win a world title it was Sam “King” Soliman. The inspirational Australian won the IBF middleweight championship with a unanimous decision over Felix Sturm in Germany last Saturday night.

While the forty year old Soliman’s performance was convincing it was hardly surprising as the veteran has always been a remarkable Prize Fighter.

Debuting as a professional in April 1997 after going 84-11 as an amateur boxer and grinding out a successful career in the Kick Boxing Arena, Sam has always been a Triple A Man: “Anyone, Anywhere, Anytime”.

He was 12-7 after a split points loss to Anthony Mundine at 168 lb in 2001, having moved up around from light middle to cruiserweight. He had already challenged Ray Joval for the IBO 160 lb diadem and been in with the likes of world title challengers Cornelius Carr (W 6), Howard Eastman (L 12) Neville Brown (KO 9 to win the Commonwealth middleweight strap) and Jerry Elliott (L 8) in Europe and the Kelly brothers from Sydney, Glenn (L 12) for the Australian 175 pound belt and his brother Kevin (L 12) whom Soliman challenged for the Australian and Commonwealth 154 pound crowns in just his third paid bout two months after claiming the National cruiserweight strap dominating Peter Kinsella scoring a twelve round TKO in June ’97.

His 44-11 (18 stoppages) record is one of those road warriors, all too rare today. He’s gloved up in Germany three times, had nine appearances in the US, six in the UK, Japan twice and the Netherlands once. He’s 1-3 in world championship bouts, having lost to Joval and Mundine (for the WBA “regular” super middle silverware). Overall, he’s 4-5 and 1 No Contest in bouts against six former or current world titlists. He is 8-4 against world title challengers.

Internationally, his most notable effort came against Winky Wright in a spirited twelve round points loss in a WBC/IBF middleweight eliminator at the Mohegan Sun in Connecticut eight and a half years ago. In Wright’s previous three outings he had all but completely shut out soon to be inducted hall of famer Felix Trinidad and whipped Shane Mosley twice.

A gym rat, who’s often picked up extra experience working as a sparring partner for bigger fighters like Mikel Kessler, Sven Ottke, Danny Green, Paul Briggs, Sam is always in shape and has never taken a punishment except for his 2007 KO 9 against Mundine when he was dropped four times.

Truly tried and tested, he rose to the occasion against Sturm, his swarming non stop style not allowing the defending champion to get his rhythm, getting off first and always coming from different angles. After Sturm was able to rally a little in the ninth and tenth rounds, the Melbourne Marvel found that extra bit in reserve to go the next level and regain control of the fight.

Sam Soliman has always been a credit to himself, his trainer Dave Hedgecock, his country and the fight game. Long live the King.