The World Boxing Council has ordered #2 Ryan Garcia and #4 Isaac ‘Pitbull’ Cruz to begin talks for a 135-lb title eliminator.

This is a make-or-break fight for the 23-year-old Ryan Garcia, as he’s facing a real killer in Pitbull Cruz, who is hungry and hasn’t made the millions like he has.

Hopefully, Ryan doesn’t turn down the fight because he’s already had opportunities to fight Javier Fortuna and Joseph ‘Jojo’ Diaz Jr in WBC-ordered title eliminators but failed to do so.

The management for Garcia (23-0, 18 KOs) and former lightweight world title challenger ‘Pitbull’ Cruz (23-2-1,16 KOs) have until June 14th to negotiate a deal before a purse bid takes place.

Whoever emerges as the winner of the Ryan Garcia vs. Pitbull Cruz title eliminator will be mandatory for the winter of the June 5th fight between IBF/WBA/WBC Franchise/WBO champion George Kambosos jr. and WCb champion Devin Haney.

Cruz, 23, knocked down the 2004 Olympic gold medalist Gamboa three times in the fight before putting him away for good in the fifth round. Pitbull Cruz’s performance in that fight makes one worry about whether Ryan Garcia is up to the task for this fight.

In Ryan’s last fight against Emmanuel Targoe on April 9th, he didn’t look overly impressive in winning a wide 12-round unanimous decision.

It was lucky for Ryan that Tagoe had no power to speak of because it would have been a long night for him if he did. Given the way Ryan performed in that fight, he’s going to need to make major improvements in a hurry if he doesn’t want to end up as food for Pitbull Cruz.

Golden Boy Promotions have been careful with the way they’ve matched Ryan during his six-year professional career. If they let Ryan take this fight with Cruz, it would be a sink or swim situation where King Ry is tossed into the deep end of the pool.

“The WBC has ordered a lightweight title eliminator between Ryan Garcia and Isaac “Pitbull” Cruz, per a letter obtained by ESPN. If no deal is struck, purse bid on June 14. The WBC 135-lb title is held by Devin Haney, who meets George Kambosos for the undisputed championship on June 5,” said Mike Coppinger. 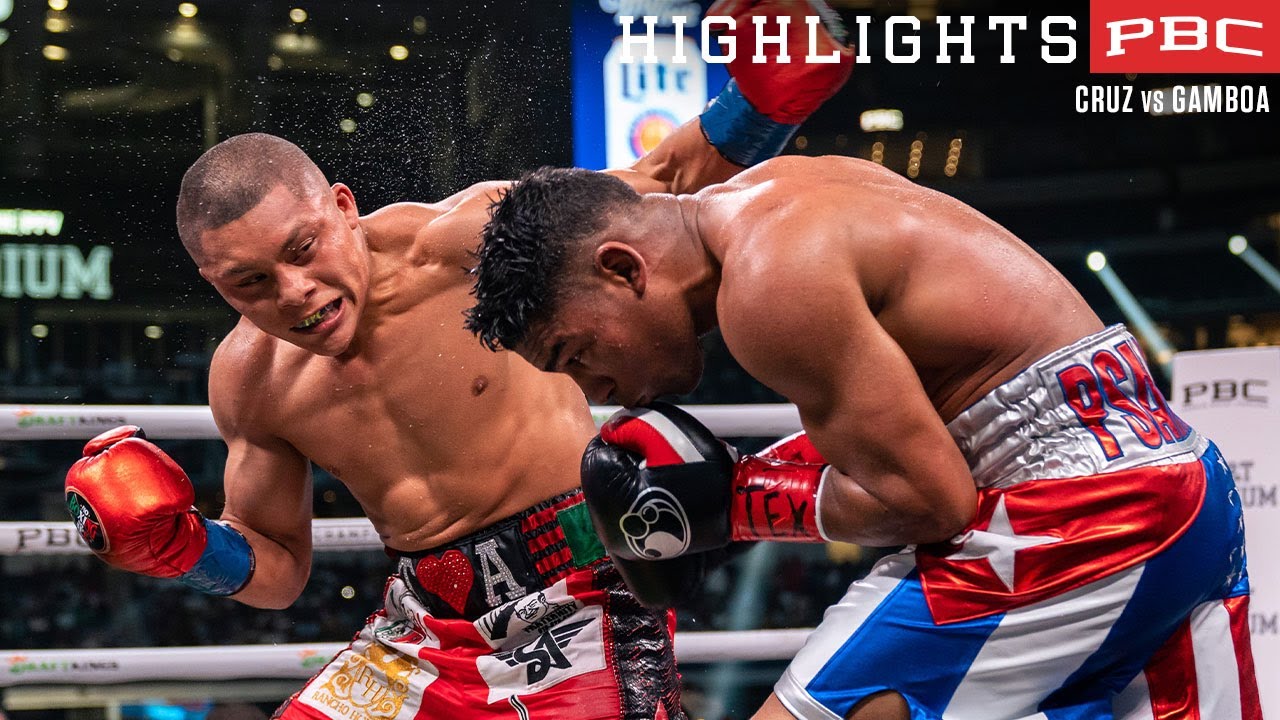