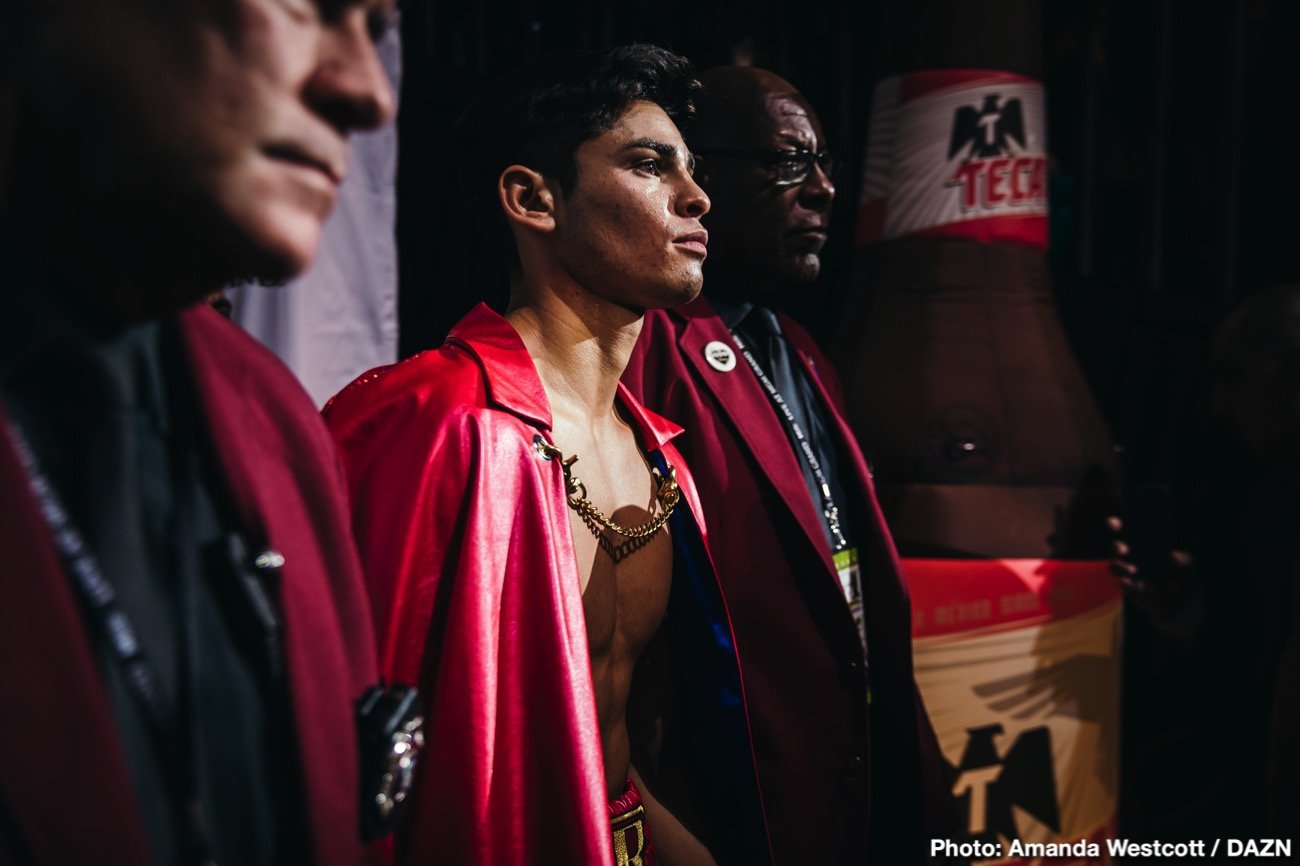 Ryan Garcia revealed on Sunday that his next fight will be “worth the wait” and “It’s on.” The way the undefeated former WBC interim lightweight champion Ryan (21-0, 18 KOs) is talking, it appears that his fight with Isaac ‘Pitbull’ Cruz is close to being done for April.

We still don’t know yet whether Ryan will be fighting Pitbull Cruz. Perhaps he has someone else in mind, but given all the talk that he’s done already about wanting this match-up, it’s unlikely he’s facing another opponent.

Ryan posted a short clip of him hitting a bad with blinding hand speed and excellent upper body movement. However, it remains to be seen whether the Golden Boy promoted Garcia can use his speed to defeat the top five-ranked Pitbull Cruz.

This is a match-up the 23-year-old Ryan Garcia has been talking about recently, and it’s one that will make a lot of noise in the lightweight division.

“It’s on its War.  My next fight will be worth the wait. I’m filled with fire,” said Ryan Garcia on Instagram.

The 23-year-old Pitbull Cruz (22-2-1, 15 KOs) will be a risky fight for Ryan, considering the Mexican warrior came close to dethroning WBA lightweight champion Gervonta ‘Tank’ Davis on December 5th in their headliner on Showtime PPV at the Staples Center in Los Angeles. 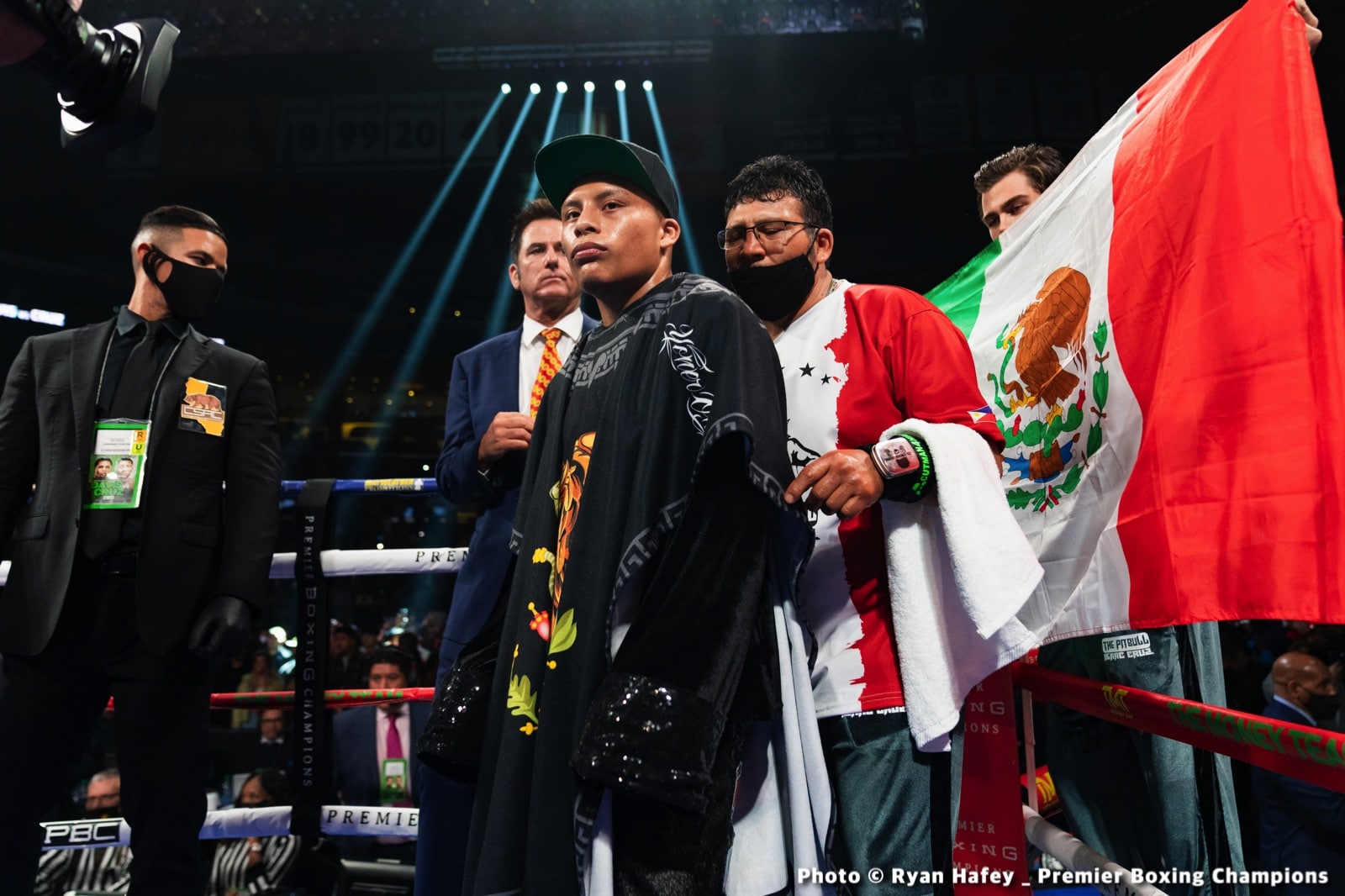 Given the mess of things that Ryan has made of his career in 2021, he needs a win over an A-level fighter like Isaac Cruz to make believers out over the fans that have abandoned him in droves.

Earlier this year, Ryan looked bad by failing to fight WBC lightweight champion Devin Haney after defeating Luke Campbell in a WBC-ordered title eliminator last January. In hindsight, Ryan shot himself in the foot by not taking that fight, but that was only the beginning of King Ry disappointing fans this year.

At the time, Ryan claimed that the fight with Haney would happen later on because he wanted to face Tank Davis. Next thing we know, Ryan stated that he’d changed his mind about fighting Tank, and instead, he said that he was working on a deal to face Manny Pacquiao.

Ultimately, that fight proved to be a mirage because Pacquiao’s team wasn’t interested in the fight with Ryan. It’s unclear whether they ever were,

Finally, Ryan was supposed to face Joseph ‘Jojo’ Diaz Jr. in another WBC title eliminator, but the match was canceled after King Ry suffered a hand injury.