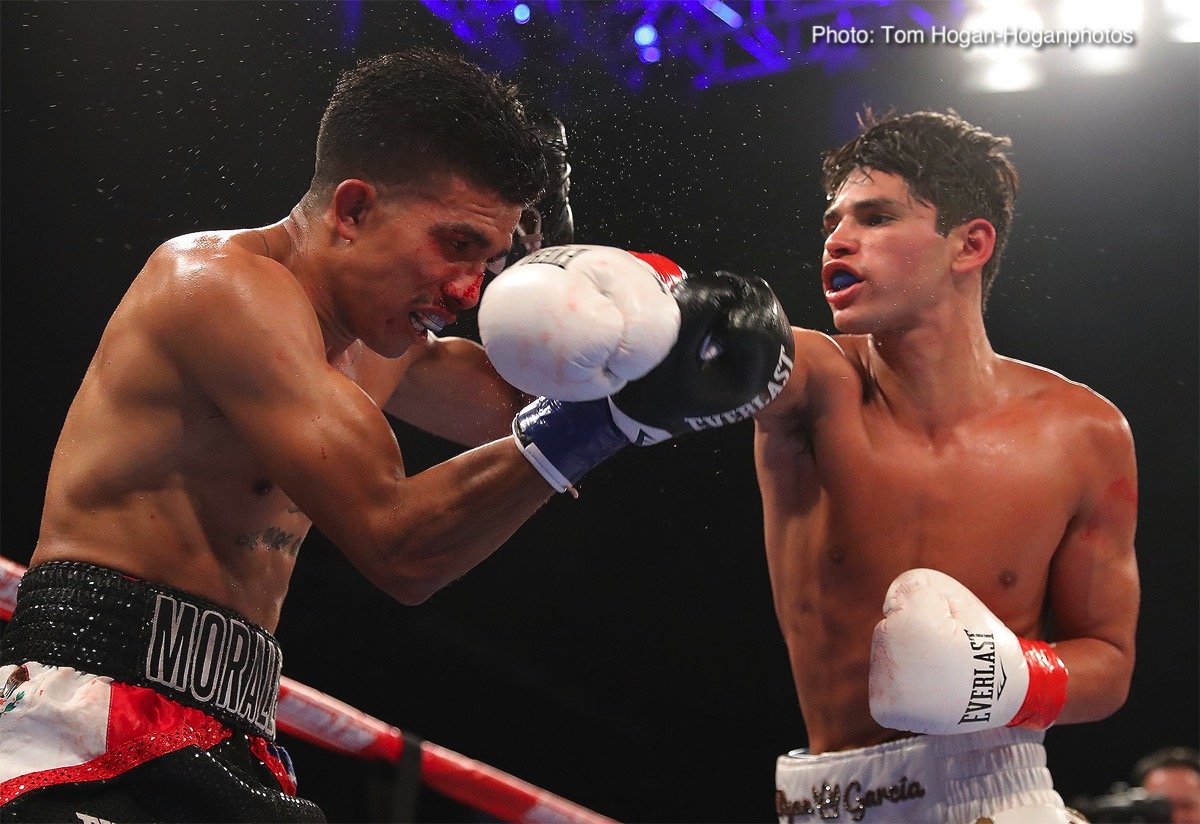 Ryan “Kingry” Garcia (16-0, 13 KOs) of Victorville, California scored a majority decision victory against rugged contender Carlos “The Solution” Morales (17-3-3, 6 KOs) of Los Angeles, California before a sold-out crowd of 2,339 boxing fans at Fantasy Springs Resort Casino in the ten-round main event of the Sept. 1 edition of Golden Boy Fight Night on Facebook Watch. Garcia won two scores of 98-92, while one judge scored it a 95-95 draw. The fight, which was contested in the lightweight division, was streamed live on Facebook Watch in the U.S. and globally on the Golden Boy Fight Night Page.

“Morales a great fighter, and this fight showed me what I need to work on,” said Ryan Garcia. “I felt it was closer than what the scorecards had. It was a great fight. I felt I could have done more. I got a little winded by the end, but Morales came to fight. I’m young, and time is on my side. I will work on my craft and will be ready for anybody. Much respect goes to Morales. He was a game fighter.”

“He [Garcia] was holding too much,” said Carlos Morales. “Overall I feel I gave a good performance. He was a tough opponent. He’s young and fast. He has some pop, but he doesn’t hit that hard. I felt I won the fight.”

Neeco “The Rooster” Macias (17-0, 10 KOs) of Lancaster, California overwhelmed Marvin Cabrera (8-1, 6 KOs) of Los Angeles, California en route to a technical knockout win in tonight’s co-main event, which was originally scheduled for eight rounds in the super welterweight division. The fight was stopped at the end of the sixth round after Cabrera had been pummeled in every round.

“I have a great team. I’m was the quintessential underdog, but miracles do happen,” said Neeco Macias. “A big thanks goes to Marvin Cabrera. I had to bring my best because I knew I was fighting him. I was just warming up in there. I took this style from the amateurs but now it’s eight rounds instead of three!”

“It was a good fight, but I have to get better,” said Patrick Teixeira. “He was a tough opponent. I want a title next. I have to work hard for that. I will stay in Oxnard, California and keep training.”

“I hurt my right hand in the second round,” said Kevin Ventura. “It hurt too much to throw. I would have easily knocked him out if it weren’t for the injury. He was eating the right hands all night.”

Alex Rincon (5-0, 5 KOs) of Dallas, Texas scored a third-round technical knockout win against Osbaldo Gonzalez (6-3, 4 KOs) of Tulsa, Oklahoma in a middleweight fight scheduled for six rounds. The fight was stopped at 2:23 seconds of the aforementioned round.

“I felt good. I let people see what I’m made of,” said Alex Rincon. “I enjoy picking my shots, and I landed some really clean blows. All the glory goes to God for this victory.”

“I’m happy to get the victory,” said George Rincon. “I hurt my left hand in the last round and that was my jab hand. I also should have used by left hand more, but I’m grateful for the win.”

Sergey Lubkovich (9-0, 7 KOs) of Kostroma, Russia scored a TKO win against Juan Ruiz (21-3, 13 KOs) of Tijuana, Mexico at the end of the second round of a scheduled eight-round super welterweight fight.

“I’m excited to win after training for so long,” said Sergey Luvkovich. “I had been training for three months for another tournament and this was a tough fight, so I’m happy it turned out this way. I’m going to rest now and hope to be in a fight against a tougher challenge before the year ends.” 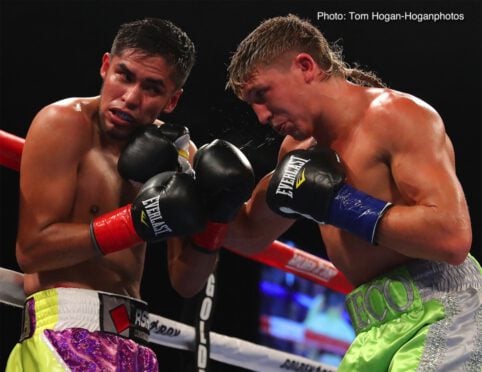 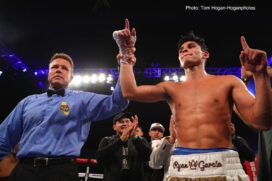 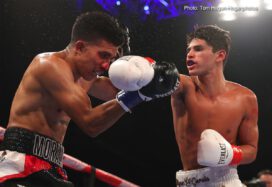 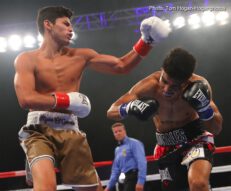 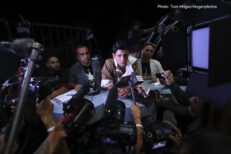 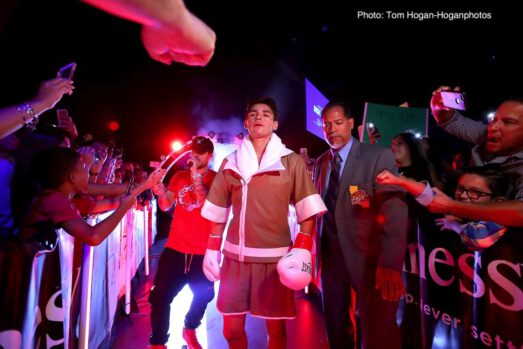 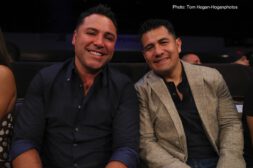 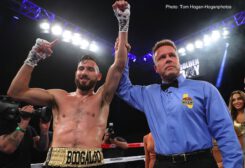 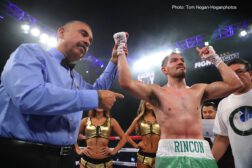 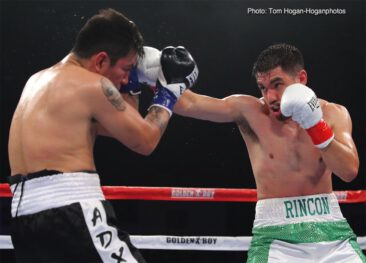 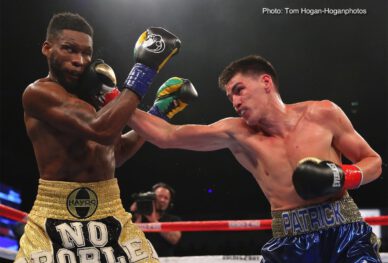 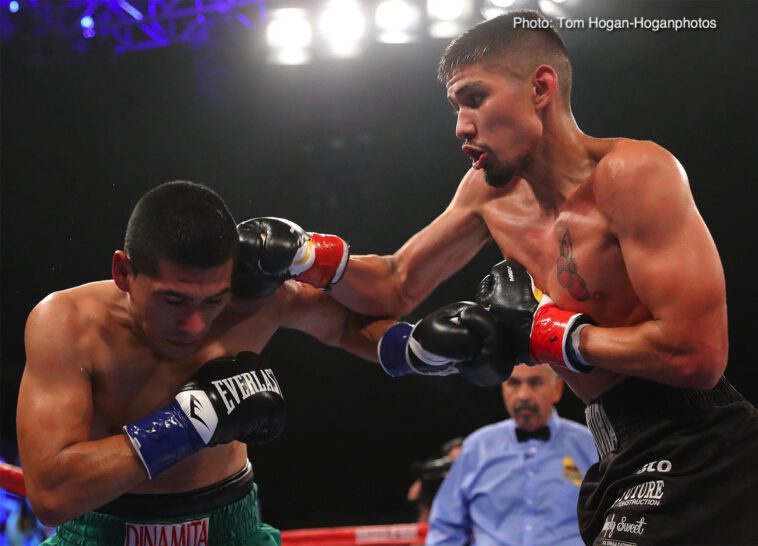