Rolando ‘Rolly’ Romero feels that Ryan Garcia doesn’t need any advice on beating Gervonta ‘Tank’ Davis because it was one of his “easiest” fights.

According to Rolly, the only reason he  lost was because Gervonta (27-0, 25 KOs) closed his eyes and threw a big shot in the sixth round that knocked him out.

“Ryan don’t need no damn advice. I heard he gave him all the damn advice,” said Rolly Romero on social media when asked if he has advice for Ryan Garcia ahead of his April fight against Gervonta Davis.

“I already told him. That mother f***er [Tank Davis] was the easiest fight that I ever had in my life. The only thing that was is I simply couldn’t make weight no more.

“Let me explain something to you. Boxing is not a black & white sport. There are a lot of gray areas in boxing, and y’all don’t understand that s**t.

“Boxing isn’t just black and white. There’s a lot of politics. There are weight cuts. Some fighters go through stress and anxiety. They go through a lot of s**t outside of the ring. All that adds up.

“I’m lucky I don’t have any of that s**t, but I tried my hardest. I lost 16 lbs the night I fought Tank, and everybody knows I’m a big mother f***er at that weight.

“Everybody was wondering how I still make the weight. I just couldn’t lose no more. My entire body went into shock. My left arm went numb in the second half of the fight.

“Like I said, I won. I don’t give a f**k because I won. I won at life, and it’s the truth. I remember that Tank landed in the third or the fourth round, a body shot. That was his power? That mother f***er don’t got s**t.

“I knew it was going to happen. I just got finished fighting Yigit, so I made sure I kept my weight down. I was training and training and all this stuff. Boom, the fight was f***en canceled. I sat on my a** for f***ken two months doing nothing.

“Just to get small again after that s**t. Then like I said, there was no guarantee that they were going to give me that s**t again. Eventually, four or five months after it was canceled, they gave me the opportunity again.

“By that point, s**t happens. I still whooped that mother f***ers a**. I don’t give a f**k. Ain’t nobody questioning that. He says he closed his eyes and threw the punch. The mother f***er knows he threw a lucky shot. He knows he did,” said Rolly about his loss to Tank. 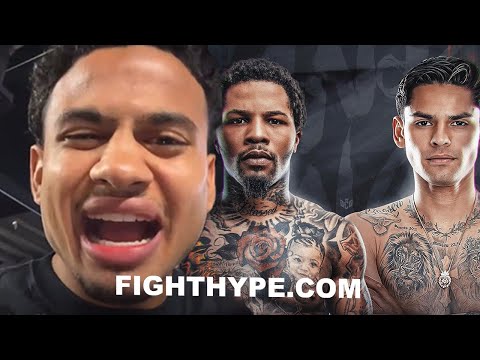