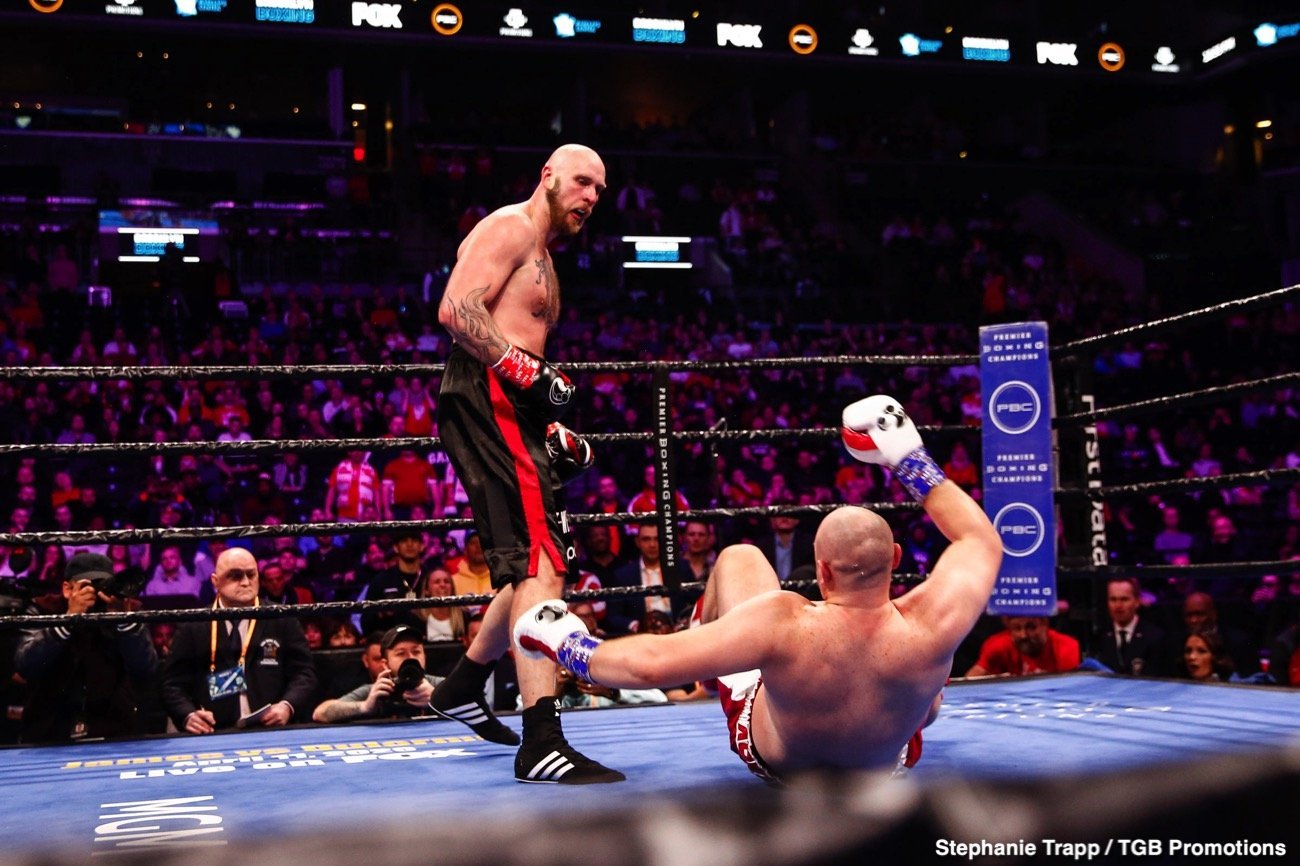 Back in March in New York, long-time heavyweight contender Robert Helenius scored a big upset over Adam Kownacki, the stoppage win reviving the Finn’s career in a major way. Having since been inactive, but in the gym, due of course to the coronavirus that has caused so much mayhem with regards to the current boxing schedule, Helenius is eager to land a bigger fight – in the form of a WBA final eliminator.

Helenius, the current “gold” champ with the WBA, spoke with Sky Sports and he said he is waiting for negotiations with PBC to begin, Helenuis’ aim to fight another highly ranked WBA heavyweight contender in a final eliminator for a shot at the full WBA title currently held by Anthony Joshua. Two fighters who fit the bill are Luis Ortiz and Andy Ruiz, and Helenius says he would certainly fight either man.

“I think they are going [into] that discussion now with PBC for the final eliminator fight,” Helenius told Sky Sports. “I hope they are planning to do that. Of course [I would fight Ruiz, Ortiz]. I think anybody. I have to win every fight to get a world championship fight, so I’m ready for anybody.”

As fans know, Joshua’s next fight will be against his IBF mandatory, Kubrat Pulev, and after that everyone is hoping it will be the Joshua-Tyson Fury mega-fight. Naturally, Helenius is hoping he gets a shot at AJ next, assuming Joshua can get past Pulev. Helenius is not sure who wins the Joshua-Pulev fight, saying only that the match-up is “going to be very interesting.”

So how much has 36-year-old Helenius got left and how many more surprises can “The Nordic Nightmare” spring before his career comes to its end? At 30-3(19) and a pro since 2008, Helenius is experienced and he has not really taken too much in the way of punishment. And, as much as fight fans are sick of too many final eliminators, Helenius is a fighter who has paid his dues and is deserving of a title shot before he’s done. It is quite amazing how Helenius has never fought for a version of the world title.

If Helenius can punch out a winning performance over either Ruiz or Ortiz he will likely get his overdue opportunity. And what an amazing story it would be if Helenuis managed to win the world title so late in his career.