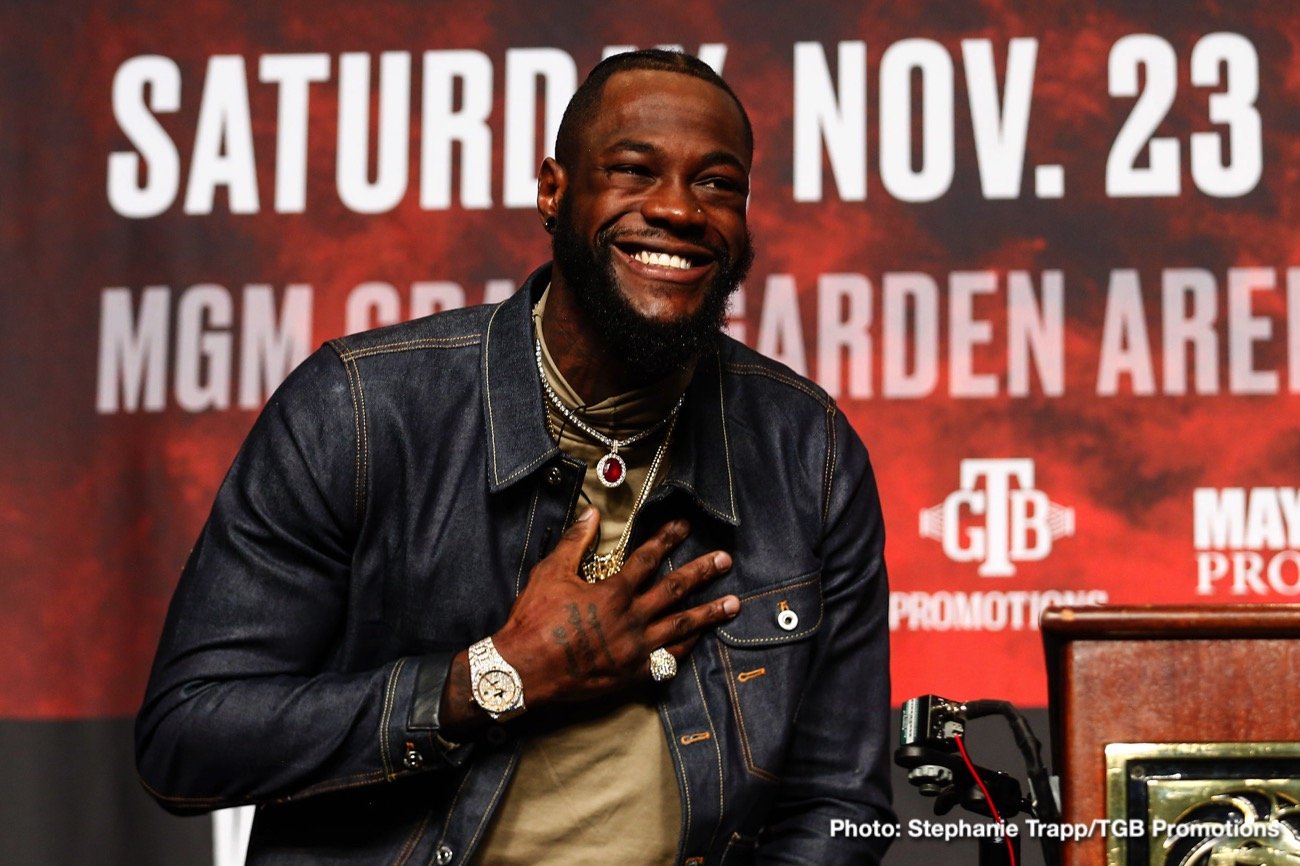 As is always the case ahead of a big fight, the folks at Ring Magazine have compiled a poll of experts, pundits and active and former fighters, who give their take on how the action will unfold when the bell rings. This Saturday night, it’s rematch time, as heavyweights Deontay Wilder and Tyson Fury will attempt to settle the rivalry they were unable to settle when boxing an at times thrilling draw back in December of 2018.

Not only that, but the winner (assuming there is one this time) will walk away with the WBC heavyweight crown, a claim to the lineal crown, as well as The Ring Magazine belt. So although Anthony Joshua may have as many as three belts himself – WBA/IBF/WBO – it could certainly be argued (and no doubt will be argued) how Saturday night’s winner will be THE main man of the heavyweight division.

So who wins, Wilder or Fury?

Of the 20 people asked, 12 are going for Wilder, eight for Fury. 11 experts are picking Wilder win by KO, most of them via a late KO. Seven people are picking Fury to win via decision, with just one expert, Kalle Sauerland, predicting a Fury KO victory; interestingly inside six or seven rounds. Only one expert is picking Wilder by decision, this being Jolene Mizzone (matchmaker at Main Events).

Some fans, plenty of them in fact, do agree – this fight is either Wilder by KO or Fury by decision. There are not too many people willing to deviate from this as yet unwritten script. Apart from Sauerland and Mizzone, that is.

But will Wilder’s withering power really get the job done this time? Might Fury box a masterclass and do what no man has previously done, and defuse Wilder’s chiller of a right hand all night long? This is what makes the fight so fascinating, it really is a classic Boxer Vs. Puncher showdown. We have a superb boxer going up against a puncher so dangerous that the boxer needs to make just one tiny mistake and it’s lights out.

Just who will prevail under the bright lights of The MGM Grand in Las Vegas? Wilder has the edge with the Ring Magazine poll, but no-one is at all certain what will really happen on February 22, no matter what they may try and tell you.

For what it’s worth, this writer is going for Wilder by KO, somewhere around the 9th or tenth round.