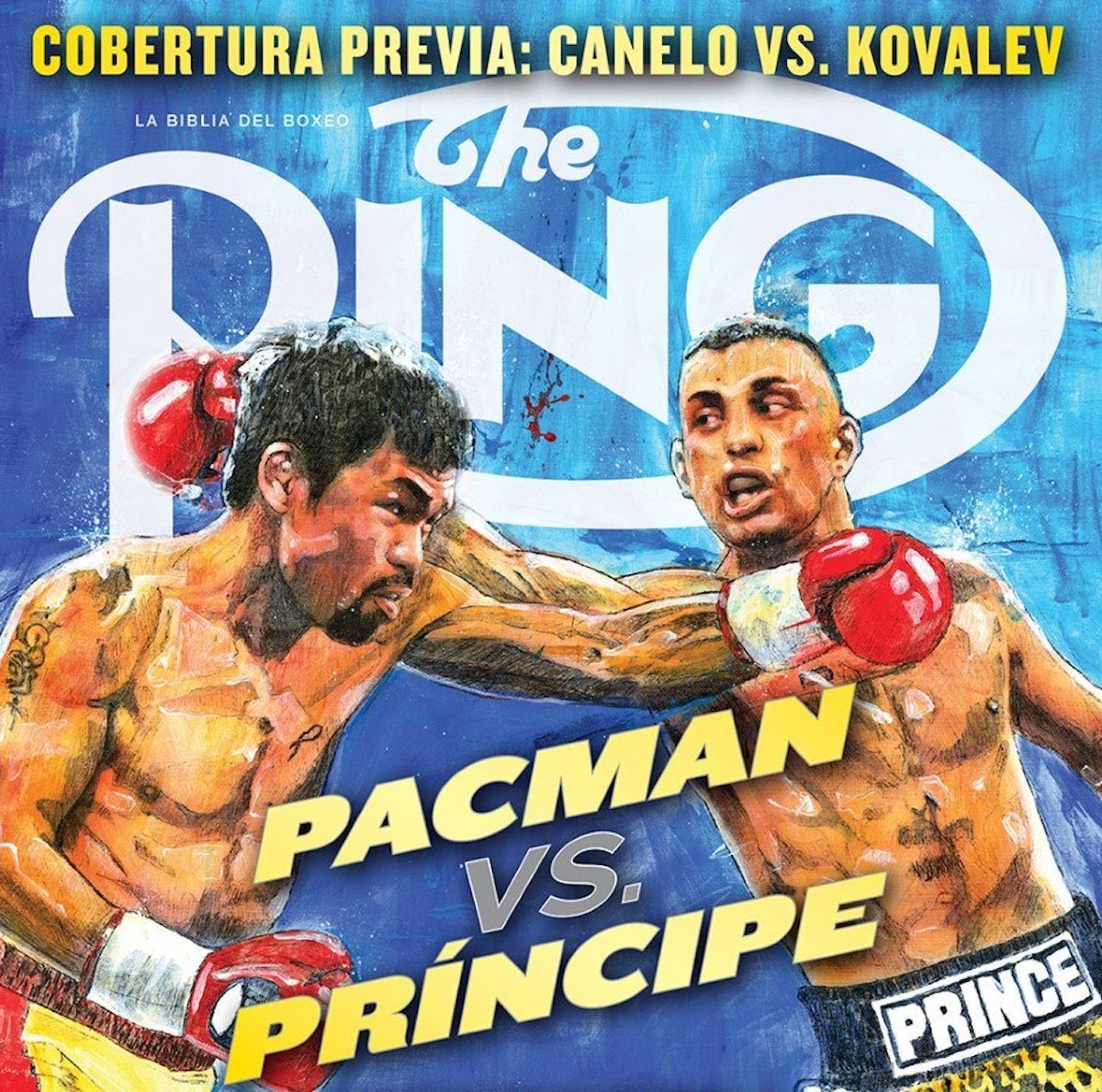 Former featherweight king Naseem Hamed still enjoys plenty of press. Despite having been retired for 17 years, Hamed is often talked about by fight fans. There is indeed a bis sense of ‘what if?’ attached to “The Prince.” Brutally powerful, cocky and (aside from his final fight) aways exciting, Hamed seemed set for undisputed greatness. Instead, humbled by Marco Antnio Barrera, Hamed all but vanished; leaving fans with that big and tantalizing sense of what might have been.

The current issue of Ring Magazine has a fascinating feature, in which the subject of a Hamed Vs. Manny Pacquiao Dream Fight is pondered. The “Bible of Boxing” imagines Hamed exchanging ferocious amounts of leather with Pac-Man. This is the power and the intrigue Hamed still carries all these years after his explosive career fizzled out with a whimper.

Barrera clearly beat Hamed, even though the British star was not knocked out in Las Vegas (he was bounced around pretty good though) and Hamed was suitably embarrassed. And, no doubt due to this fight – and the fact that Pacquiao thrashed Barrera (in 2003) – many fans will be unable to avoid the temptation to envisage Pacquiao proving way too good, too powerful and too hungry for even a peak Hamed. Still, no way would a Pacquiao-Hamed clash have been dull. Far from it.

Bad hands and the fact that long training camps robbed him of precious family time were forwarded as the reasons for Hamed’s early departure from the sport, but the critics point firmly at that Barrera drubbing as the real reason. Hamed, they say, had the wind, and the sheer self-belief he previously enjoyed, knocked clean out of him. What would Pacquiao have done to Hamed? What might Hamed have done to Pacquiao?

In his prime, Hamed overcame some fine fighters, often in fine style: Kevin Kelley (in a real fire-fight, filled with knockdowns), Tom Johnson (arguably Hamed’s finest win), Vuyani Bungu, Wayne McCullough, Manuel Medina and Augie Sanchez amongst those who fell to Hamed (McCullough lasting the distance). But, and with all due respect, these guys were not Manny Pacquiao.

This all-southpaw battle would have been genuinely thrilling, and it’s entirely possible, likely even, that both men would have tasted the canvas. But from this seat, Pacquiao would have got the win; most likely by late stoppage.

But what do you guys think?