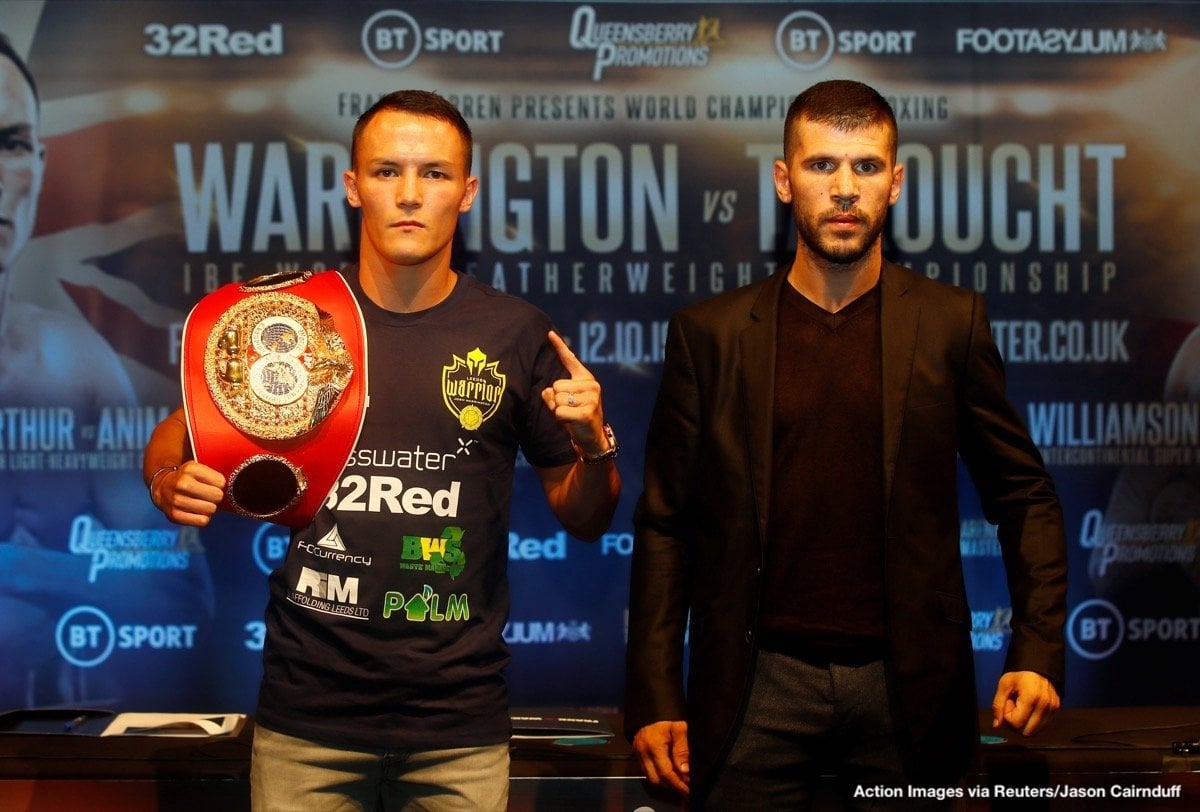 Warrington will make the third defense of his title Saturday against Sofiane Takoucht at the First Direct Arena in his hometown of Leeds, England. Warrington-Takoucht and select undercard bouts will stream live on ESPN+ starting at 2:30 p.m. ET/11:30 a.m. PT.

Warrington (29-0, 6 KOs), nicknamed “The Leeds Warrior,” won the world title in his hometown last May with a well-deserved split decision victory over Lee Selby. He returned later that year and bested former two-weight world champion Carl Frampton by unanimous decision in a Fight of the Year contender. In his last outing, Warrington edged Kid Galahad via split decision. Takoucht (35-3-1, 13 KOs) has won eight consecutive bouts and is a former European and IBF International featherweight champion.

In other ESPN+ streaming action on the Warrington-Takoucht card:

Harris (16-0, 8 KOs) is coming off a career-best win June 1 over former world title challenger Angel Moreno, and he is taking yet another step up against Barnes (6-2, 1 KO), who will have the crowd behind him. Barnes won a pair of Olympic bronze medals as an amateur, but in a bid for the WBC flyweight world title last August, he lost via fourth-round knockout to Cristofer Rosales. He dropped a split decision to Oscar Mojica in his comeback bout but rebounded to decision Joel Sanchez over six rounds in August.

The Harris-Barnes stream will also include the following bouts:

Use the hashtags #WarringtonTakoucht and #HarrisBarnes to join the conversation on social media.