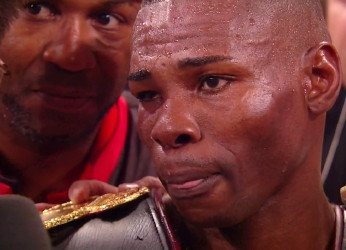 Guillermo Rigondeaux (15-0, 10ko) has officially signed with Roc-Nation Sports, and will appear on the Nov. 21 Cotto-Canelo HBO PPV from Las Vegas, with wide circling early reports that he is set to square off against Filipino, Drian Francisco (28-3-1, 22ko) in a 10 round non-title bout.

The oft-avoided Rigondeaux has suffered an inactive period, with his last fight being December 2014’s clash with Hisashi Amagasa in Japan, that he eventually won after 11 rounds, though not before being put down twice by the visibly bigger home fighter.

This inactivity, not to mention the previous ineptitude of his co-handlers at Caribe, led to his stripping of his WBO and WBA (sup) title’s, with Britain’s Scott Quigg upgraded to super champion status with the WBA and the WBO belt lying vacant as the Cuban appeals the decision.

“After seeing him beat Nonito [Donaire], I told myself that I can do this,” Francisco told ringtv.com about the fight. “It’s also my dream fight. All boxers, their greatest goal is to have a fight for a world championship. So I’m not going to let this pass me by. I’m going to do everything I can to win.”

Francisco last boxed in September, when he beat journeyman Jilo Merlin and was beaten by America’s Chris Avalos in 2013.

Rigondeaux’s addition to the bill will be welcomed by fans disappointed at the news fellow Roc-Nation signing, Andre Ward, was unable to appear after first being scheduled, and pulling out injured.

Rigondeaux’s deal with Jay-Z’s promotional outfit will whet the appetites of fans seeking an eventual clash between him and Top Rank’s featherweight star, Vasyl Lomachenko, who like the Cuban fighter is a 2x former Olympic gold medalist.