When Riddick Bowe put it all together, when he was fully focused, in tip-top physical condition, when he had cut no corners in the gym, when he was hungry, he was one great heavyweight.

What a shame “Big Daddy” only ticked all the boxes once. On this day back in 1992, Bowe, at his peak at age 25, defeated Evander Holyfield in a truly great fight, and true greatness seemed to be what Bowe would go on to achieve.

Instead, though he would register a handful of other good wins, Bowe’s career-finest moment came the night he won the crown. Bowe would never box so brilliantly and supremely again. Against Holyfield, Bowe showed great stamina, great ability, a great chin, and unquenchable desire. Bowe had no heart, the critics said of him ahead of the fight, pointing to his loss to Lennox Lewis in the 1988 Olympics, also telling tales of the Brooklyn fighter looking for the easy way out in sparring sessions in the gym.

But on the night of November 13, 1992, Bowe put it all together. Holyfield hit him with everything he could during the epic fight, yet Bowe came back with bigger shots. The fight was fought at an amazing pace, with neither man looking to take a break. Bowe cemented his victory with a big 10th round – this The Round Of The Year, with Holyfield being in terrible trouble only to somehow come fighting back – and with a knockdown in round-11. The decision was Bowe’s.

We had no way of knowing it at the time, but Bowe would fight just 13 more times. 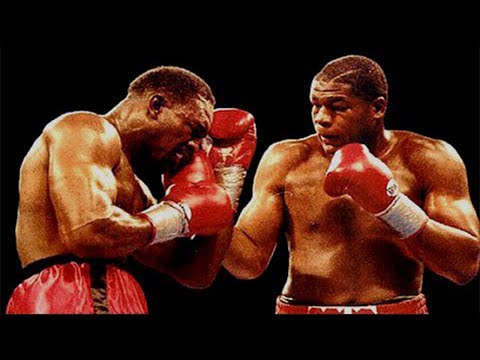 What followed was, disappointingly, a less than memorable title reign. Bowe beat up on a faded Michael Dokes and then an overmatched Jesse Ferguson, before he was beaten, when overweight, in the return with Holyfield. Bowe had eaten his way out of the championship and out of greatness. Stories surfaced of how Bowe had a kitchen built inside his motor-home, how he would feast on ribs when the mood took him. Bowe loved eating more than he loved being king.

After the loss to Holyfield, Bowe was able to win the WBO heavyweight title, and he did get up from a knockdown to halt a less than fully healthy Holyfield in their rubber-match. But then Bowe had those two awful fights with Andrew Golota, the second fight being especially punishing (and tough to watch if you are a Bowe fan) for the former champ.

Shockingly and sadly, Bowe was showing signs of brain damage after the second Golota fight. Then Bowe began acting strangely. Enlisting in the Marine Corps (and lasting around six days before realizing things were way too tough for him), Bowe then kidnapped his wife and children. It was a terrible fall from grace for a fighter who once seemed to have it all.

Today, the 53-year-old Bowe cuts quite a sad figure. Much overweight, pretty much broke, and mumbling things about his plans to fight again, Bowe is a stark reminder of how any man can come tumbling down after reaching the top.

Bowe looked set for true greatness all those years ago in Las Vegas. Instead, he was truly great for one night only. 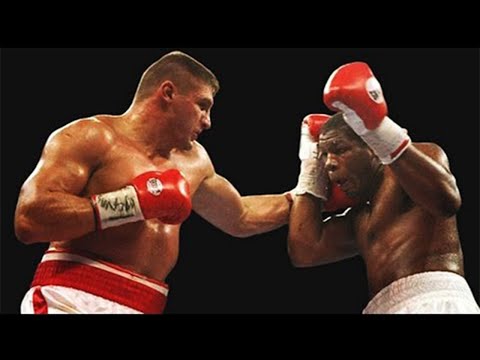