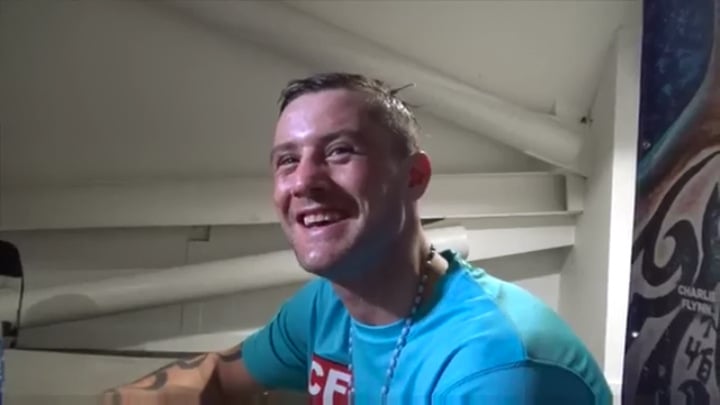 Scotland’s Ricky Burns returned to winning ways last night in notching up his 50th pro victory. The former three-weight world titlist stopped Ivan Njegac, who failed to come out for round-five. 35 year old Burns is now 42-7-1(15) and he is aiming for, amongst other big fights, a return with Anthony Crolla, who outpointed him back in October.

“I just take things one fight at a time, I’ll take a couple of weeks and wait for news on what will be next, a victorious Burns told Sky Sports.” “I’ll fight whoever they put in front of me, I’d love to fight Crolla again but I’m not sure if that will happen. I’m the oldest in the gym but it’s bringing the best out of me and it keeps me on my toes. There’s more in the tank, 100 per cent. I’ve always said that if we didn’t think there was more to give, we wouldn’t keep grinding every day.”

One big fight that has been mentioned as a possibility is an intriguing fight between Burns and Yuriorkis Gamboa. Boxing News broke the story, later picked up by a number of web sites, and it seems Gamboa and Burns could clash in the US in September on a DAZN show.

This one, if it happened, would likely prove very attractive. Gamboa, once touted for greatness, is now 36 and the Cuban has suffered a couple of upset losses. Burns has of course boxed in America before, so this would not faze him. Would Gamboa be too fast of hand for the Scottish hero, or would Burns be too strong and determined for the one-time Cuban sensation? Burns of course has never once been stopped while Gamboa has been halted.

Burns, always a fighter who gives his all, might just have one big win left in him. If he were to take on Gamboa and beat him, who knows, maybe Burns would get himself one last world title chance. Burns ruled at 130, 135 and briefly at 140 pounds.