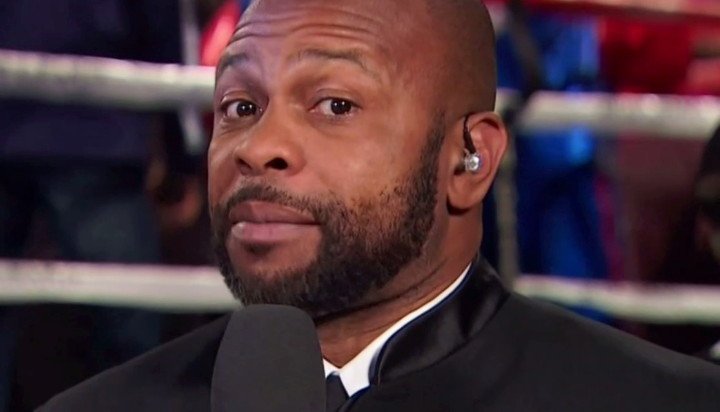 Now that he’s officially retired from the sport (for now at least) the tributes are coming in for all-time great Roy Jones Junior – and deservedly so. One of the former multi-weight champ’s most lauded wins is his 2003 decision win over John Ruiz up at heavyweight; this Jones masterpiece seeing him crowned as a heavyweight champion.

But as special as that historic win was, Jones wanted to achieve it against a far more formidable heavyweight; in fact an absolute heavyweight legend: Evander Holyfield. Speaking with Sirius XM Boxing Radio, Jones, 66-9(47) recalled the time he visited “The Real Deal” and asked him to accept his challenge.

“I woke up one morning and I thought, ‘I should probably fight for the heavyweight championship of the world,’” Jones told the radio show. “Evander Holyfield was the champion at that current time so I went down to meet him, but when I asked him, he said, ‘No, because I I got everything to lose and nothing to gain.’ I said, ‘I’ll pay you good money for it’ – but he said, ‘That’s not good enough for me.’”

It’s not definite what time-frame Jones is referring to, or just when this conversation took place, but since Holyfield lost his WBA belt to Ruiz in March of 2001 (in the second fight of their kinda weird trilogy) it seems likely Jones challenged Evander in 2001 but then moved on to challenge Ruiz for the strap instead. And we all know what happened: Jones met and widely defeated “The Quiet Man” that March night in Las Vegas.

But could Jones, then 47-1, have beaten a 37-4-1 Holyfield? Evander was past his best by 2001, yet he was still a tough and proud man. Jones gets huge credit for having beaten Ruiz, but his legend would be even bigger today if he had done a similar job on Holyfield. And maybe Jones would indeed have done so, and maybe Holyfield saw it coming; hence his decision to say thanks, but no thanks to Jones’ kind offer!

Jones boxed just one fight at heavyweight. In light of what happened to him after he dropped back down, maybe the Pensacola native should have stuck around at 199 pounds or thereabouts for a while longer.