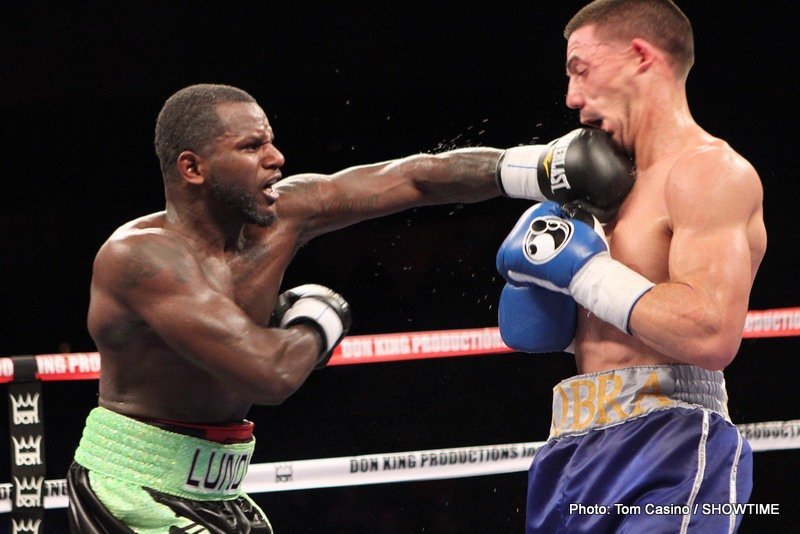 On Saturday night, a highly-anticipated battle between a former world champion and a world title challenger headlines a big night of boxing in the Championship City of Philadelphia, as Hard Hitting Promotions partners with Facebook FIGHTNIGHT LIVE to showcase a card featuring a number of undefeated fighters and rising area prospects. Fight fans from across the globe can catch names like Lundy, Corley, Webster, Cuevas, Rahman and Baumgardner beginning at 7 p.m. live from South Philly on any device wherever Facebook is available, as the easy-to-access combat sports platform delivers its second show of the New Year.

“Our Facebook FIGHTNIGHT LIVE series has showcased outstanding cards from New York to Chicago to Arizona to the heartland, and we’re really looking forward to capturing exceptional action on Saturday from the Fighting City – and the Championship City – of Philadelphia. Saturday’s card features so many fighters that all boxing fans have heard of, and some exciting prospects that Hard Hitting Promotions has been doing a great job of building in the Philly area,” said Mark Fratto, Principal of Linacre Media. “The FIGHTNIGHT LIVE series will deliver its 1,000,000th view live from 2300 Arena and we want to thank fight fans everywhere for their support.” 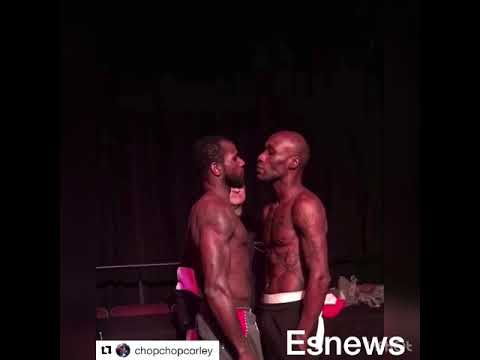 “We’re honored and privileged to be able to bring such a sought-after main event – an attraction three years in the making – to Philadelphia. This will be one of those legendary fights in this city, one that boxing fans will really be talking about. People who love boxing will not want to miss this fight and won’t have to, thanks to our page and the Facebook FIGHTNIGHT LIVE channel,” said Manny Rivera of Hard Hitting Promotions.

Over the first nine months of programming, the numbers on the 11-show FIGHTNIGHT LIVE series have showed promise and potential for the new platform with an average of close to 90,000 fight fans tuning in per event and nearly one-million fans served.

In addition to the raw viewership numbers, the fully-interactive, fan-friendly productions have seen more than 133,000 collective live post engagements (12,000-plus per show), including more than 92,000 “likes” or “loves,” more than 17,000 comments and 5,000-plus shares.

FIGHTNIGHT LIVE broadcasts are viewed by 76 percent men, 24 percent women. The top demographic is comprised of males ages 25-34, which encompasses approximately 30.0 percent of the audience, on average.

The Sept. 9 “Real Deal Promotions: Empire State” set a new bar with 224,658 views and the Sept. 15-16 DiBella-CES doubleheader carried the series to three-quarters-of-a-million views in just over four months. The Aug. 26 Foxwoods “Super Saturday” show stands out individually with 3,336 live hours of content viewed, while the Sept. 15 DiBella card saw more than 40,000 viewer interactions including almost 39,000 “likes” or “loves.”

The FIGHTNIGHT LIVE page on Facebook has more than 79,000 fans and more than 81,000 followers.

On Saturday night, Feb. 10, live from 2300 Arena in South Philadelphia, fans can expect a high-impact, multi-camera streaming experience complete with graphics, animations, replays, interviews and an announce team anchored by blow-by-blow announcer Marc Abrams of AWE, NBC Sports Philadelphia, 15Rounds.com and AbramsBoxing.com. To provide spectators with a fully-interactive ringside experience, commentators will ask and respond to questions from the Facebook audience throughout the broadcast.

Created and produced by Linacre Media out of New York City, the FIGHTNIGHT LIVE series features professional announcers, multiple camera angles, television graphics, replays and behind-the-scenes access and interviews. The streamed shows are available globally wherever Facebook is available. The initiative not only enables fans from around the world to tune in, but also gives up-and-coming fighters a global platform to showcase their abilities, gives promoters an accessible “broadcast” solution and gives sponsors the ability to reach a mass audience via branded content.

More FIGHTNIGHT LIVE Winter/Spring 2018 dates will be officially announced in the coming weeks.

Lundy: “Corley talked himself into an a** whooping!”

It’s too early to start calling him the “new” Hank Lundy, but the Philadelphia warhorse known affectionately as “Hammerin’” Hank has starting thinking about his future outside of the ring while keeping his sights set firmly on the present.

As he prepares for tomorrow’s fight against ageless Washington, D.C. native DeMarcus Corley at the 2300 Arena, Lundy is confident as ever in both his campaign for a world title at 135 pounds and his life beyond boxing, which he’s helped secure through wise investments.

Three years ago, Lundy (28-6-1, 14 KOs) started his own cleaning company, Hammerin’ Hank Cleaning Services, Inc., cleaning houses and businesses in the Philadelphia area. In August, he added a third job to his resume, starting a position as a checker for a local trucking company, where he inspects packages before they hit the road.

Later this year, Lundy and his wife, Valerie, will add a baby boy to their family, which will be Lundy’s seventh child (he currently has four daughters and two sons). His goal is to build a solid foundation for the entire family so he can dictate when it’s his time to retire from boxing rather than continue to fight past his prime to “make ends meet.”

“You have a lot of guys who are in the game now who are fighting and shouldn’t be fighting. To me, this is just him trying to fight for money, to stay in the game and feed his family,” Lundy said. “Most of these fighters don’t invest. That’s one mistake that ‘Hammerin’’ Hank Lundy won’t make. Some of this big money you make, you’ve got to learn to put it away.

“That’s how it is. You see Hank Lundy is willing to fight anyone, anywhere, so he jumped on. You know I won’t duck anybody. Deep down, he knows this is war for him. He can talk a good game on the radio and all of that bullcrap, but at the end of the day he knows I’m coming to knock him out.

Tomorrow’s event at the 2300 Arena is promoted by Will Ruiz of Hard Hitting Promotions. Lundy remains under the promotional guidance of Jimmy Burchfield Sr. and CES Boxing. This will be his second consecutive fight in his hometown and just his third since 2009, the sign of a long, satisfying career finally coming full circle after Lundy rose to fame as one of boxing’s most feared road warriors.

“Hank Lundy has paid his dues,” Burchfield Sr. said. “He took the fights no one else wanted to take, traveled to places nowhere else dared go, and faced the fighters others in his weight class have steadily avoided.

“He put on a show at this very same arena in June and he’s poised to do it again. Lundy is a TV-friendly fighters who makes new fans everywhere he goes, but there’s no place like Philadelphia and no fighter more deserving of fighting in one of the sport’s most historic cities than ‘Hammerin’’ Hank.”

Corley has yearned for this fight for the last three years, most recently making the push in 2016 after winning the Jamaican version of “The Contender” series with three wins in a two-month span. The 34-year-old Lundy will be the heavy favorite Saturday, creating a “high risk, low reward” scenario that makes this fight a must-win if he wants to continue campaigning for a world title at 135 pounds.

“On my side, it’s a low reward, but he talked himself into an ass whooping.”

Lundy’s Philadelphia homecoming in June of 2017 ended an eight-year drought away from the City of Brotherly Love. He ended the night with a fifth-round knockout win over Mexican challenger Daniel Evangelista, his second consecutive win since challenging pound-for-pound king Terence Crawford for the WBO World Super Lightweight Title at Madison Square Garden.

Fighting strictly at 135 after earning several big paydays at 140, Lundy is again aiming to please tomorrow in front of his hometown fans. At 34, there’s still plenty left in the tank, especially for an athlete as well-conditioned as he is, but the end could come at any time, which is why Lundy has worked to secure his future while concentrating on the present.

“I know what Chop Chop is coming in here trying to do. He’s going to put a lot of pressure on me, but my back has been against the wall before and I feel as though I’m in tremendous shape. I feel good, I look good, making weight was easy. I’m ready to go.”