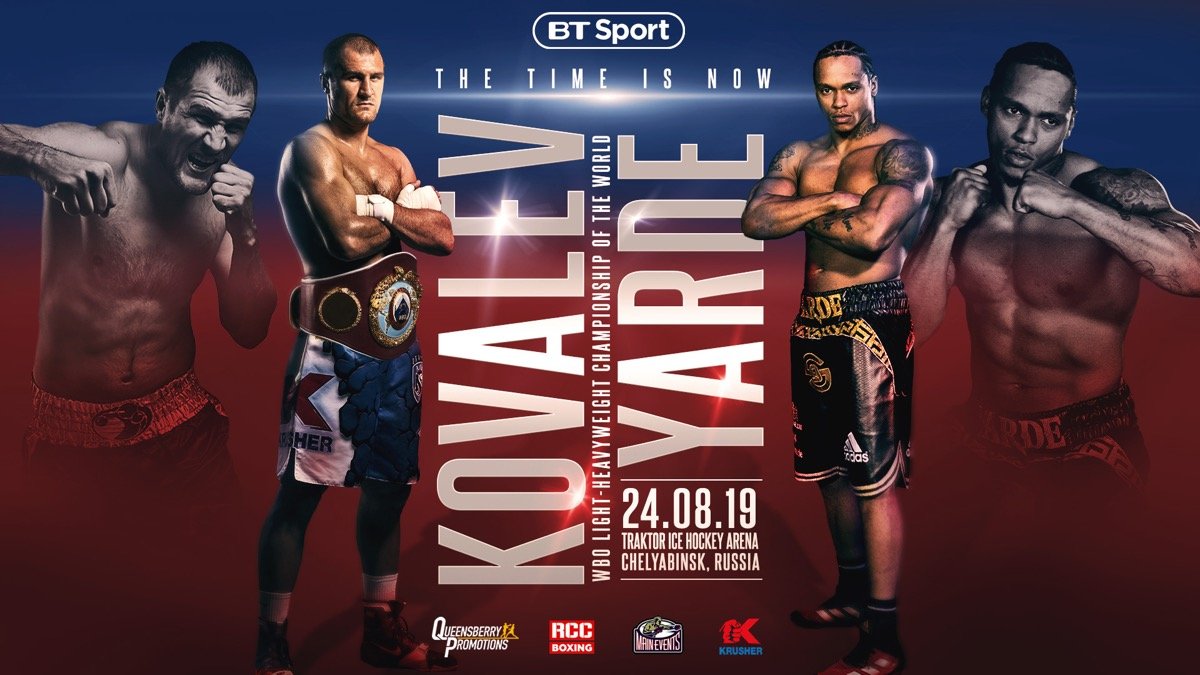 A tired out Yarde, 28, was there for the taking in the 11th round, and Kovalev stopped him with a nice left hand. Yarde had take Kovalev’s best shots for the first 10 rounds, but by the 11th, his punch resistance was gone, and he gotten take any more shots, not even a jab.

Many of the early rounds of the contest were close, and could have gone either way. It looked like Kovalev was in command of the fight after seven rounds. However, Yarde came back strong in the eighth round to hurt Kovalev with punches to the body and the head. As the eighth round ended, Yarde had Kovalev ready to be stopped. If there had been another 15 to 20 seconds remaining in the round, Yarde would have stopped Kovalev for sure. He was hurt, and the referee looked poised to stop the fight. Fortunately for Kovalev, the round ended, and he was able to recover.

Yarde had nothing left in the tank when he came out for the ninth round, and Kovalev took advantage of that. Kovalev, still tired and hurt, boxed his way through the round. The crowd seemed to give Kovalev a shot a shot of adrenalin to get him back into the fight at this point. Still, if Yarde had attacked Kovalev the way he did in the eighth, he likely would have gotten him out of there. Unfortunately for Yarde, he didn’t have the engine to do it. Yarde’s bulky muscles had him depleted, and he couldn’t jump on Kovalev at the start of the ninth round to finish him.

In round 10, Kovalev hurt Yarde with a big right hand to the head. The Russian fighter started off the first half of the round boxing from the outside, but in the second part of the round, he landed a lot of right hands. Yarde’s defense was gone by that point, and Kovalev landed a lot of brutal head shots. Although took the shots, he was hurt, and the referee was watching closely. He could have stopped the fight, but he let it play out. After the round ended, Yarde looked beaten up and exhausted as he sat on his stool in his corner. It was clear that he was going to be finish in the 11th unless he clinched Kovalev, which he failed to do.

All in all, it wasn’t a great performance by Kovalev, as he looked old and shot. Nevertheless, he got the win, and he’ll likely be facing Saul Canelo Alvarez in November. That fight could see Kovalev getting a career payday. It’ll be a golden parachute for the 36-year-old Russian fighter. But let’s not kid ourselves. If Kovalev fights the way he did tonight, Canelo is going to make easy work of him, but he’ll get a good payday though.