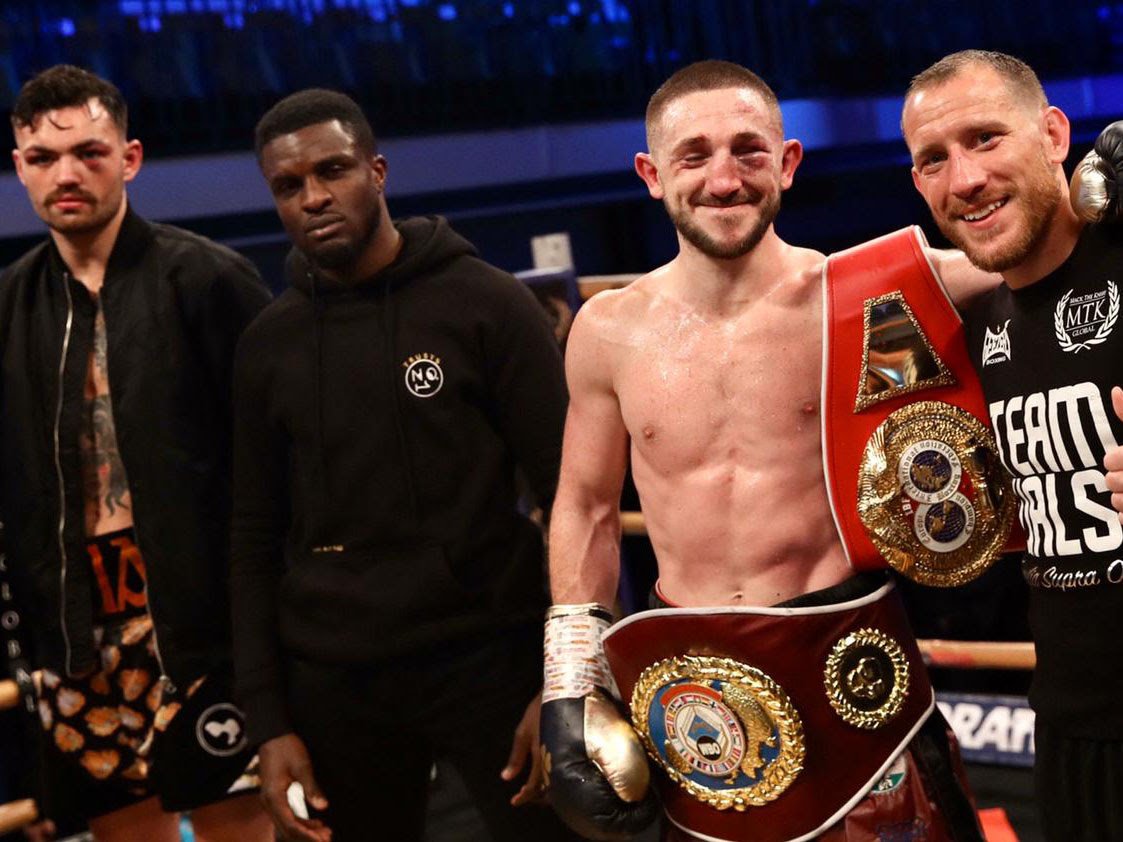 The #GoldenContract super-lightweight and featherweight finals have been confirmed after an awesome night at York Hall.

Ohara Davies will clash with long-time rival Tyrone McKenna in the super-lightweight division, while Ryan Walsh will meet Jazza Dickens to decide who gets the life-changing deal at featherweight.

A phenomenal atmosphere set the stage for some truly unbelievable action as Davies halted the valiant Jeff Ofori, McKenna edged Mohamed Mimoune on points, Walsh felled and outpointed the previously-unbeaten Tyrone McCullagh and Dickens pipped Leigh Wood in a thriller.

There were wins on the undercard for Burim Ahmeti, William Hamilton, Inder Singh Bassi, and Elliot Whale.

Here’s all you need to know…

Dickens: “I have a lot of respect for Leigh after that. You’ll get no disrespect between Ryan and I ahead of the final either.”

Walsh: “Tyrone is trying to outscore you. He’s trying to nick rounds but what I didn’t expect was what he took. That is one tough, tough man. I have to credit my opponent.

“That’s the most I’ve run around in a ring my whole life. I sustained a good pace and I’m so happy I listened to my team when it came to picking him. I’ve never fought anyone like him and he’s given me so much.”

McKenna: “It was very tough. He’s ranked ninth in the world with the WBC. He’s a classy operator and a classy fighter.

“I believe I won the first four rounds. He won a few in the middle and then Pete Taylor told me I had to win those last two rounds. I went out, showed my heart and in the end, I thought I won six rounds to four.”

Davies: “I was amazed by his chin. I hit him with shot after shot and I was surprised he was still on his feet. I believe he can go far in the sport of boxing.

“I don’t believe people can live with my power when I land that much. Now we’ve got the big final we all wanted.”

Ahmeti: “I’ve got quite a few mates and that was only 50% of what wanted to come. We’ve been working in the gym and it’s my first one back in a while so we worked off the jab and had fun.”

Whale: “I think it was better than my debut. I was a bit more relaxed this time around. My fanbase makes some noise don’t they?”

Bassi: “I was pleased. I think I boxed well. We’ve been working on not loading up and boxing well. I picked him off and didn’t get involved. Sometimes it’s hard not to rush in!”

Hamilton: “I have a tendency to go crazy so I strayed on the other side of staying relaxed. When I hit him, I knew it was just a matter of time before I stopped him. I hope to move fast in this game.”

News of the finals will be announced in due course.

The light-heavyweight #GoldenContract semi-finals take place at the same venue on March 20, with #MTKFightNight rolling into Newcastle next week.