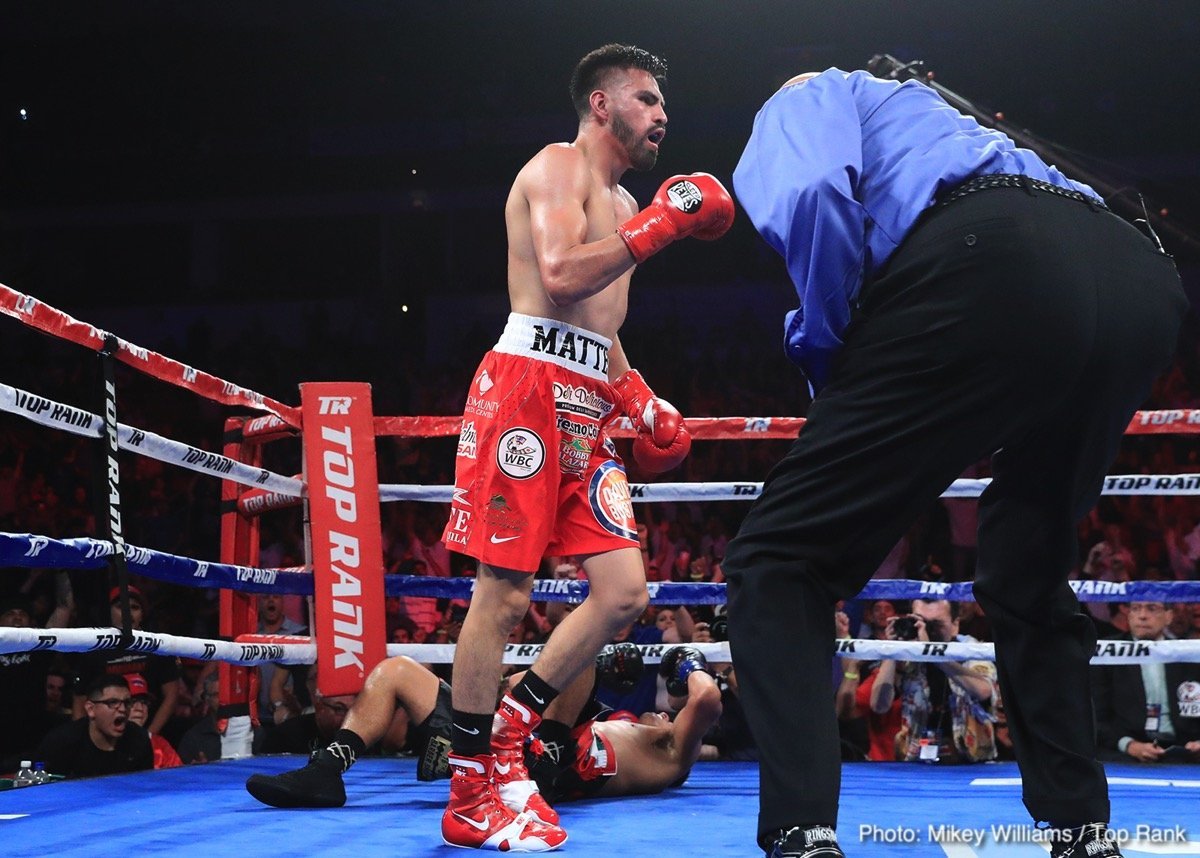 Jose Ramirez didn’t want the hometown fans to leave unhappy. In front of a crowd of 11,102 at the Save Mart Center on Friday evening, Avenal native Ramirez retained the WBC super lightweight world title with a unanimous decision against fellow unbeaten Antonio Orozco. The scores were 119-107 3X.

Ramirez (23-0, 16 KOs) knocked Orozco down with a crisp right hand in the fourth round and found success with his left hook throughout the bout. In the eighth round, Ramirez scored a knockdown with a left hook to the liver and nearly finished Orozco at the end of the round.

“This was an excellent fight, and Antonio Orozco is a true warrior,” Ramirez said. “We put it out there, and Antonio was a very tough opponent who gave it his all. A special thanks to all the people in Fresno who showed their support tonight.”

Ramirez won the belt with a hard-fought unanimous decision against Amir Imam back in March. For his first title defense, he took on a previously undefeated challenger in Orozco (27-1, 17 KOs), who on paper represented the toughest test of his career. Ramirez and Orozco went toe-to-toe and produced a championship bout for the ages.

Flanked by his Marine comrades on his way to the ring, 2012 U.S. Olympian and Marine Corps veteran Jamel “Semper Fi” Herring (18-2, 10 KOs ) notched the most significant win of his carer, defeating John Vincent Moralde (20-2, 10 KOs) by 10-round unanimous decision (100-90 3X) to win the vacant USBA junior lightweight title.

“I wanted to show that I could not only make 130 pounds, but that I could be strong at the weight as well,” Herring said. “Now, I’m that much closer to a world title shot.”

In his biggest test to date, 18-year-old sensation Gabriel Flores Jr. (10-0, 5 KOs) was undeterred by the big stage and the bright lights. Flores, from Stockton, Calif., survived a first-round knockdown to defeat Roger Gutierrez by unanimous decision in a six-round lightweight bout.

The scores were as followed: 59-54, 59-54, and 58-54.
“I could’ve done better, but I was in there against a tough guy. I have no explanation for it, but my legs locked up in the early rounds. I started moving in the last rounds, and my legs were feeling better. I boxed him and got the victory. All I can do from here is learn from this experience.

“I came back strong. I know l will be better next time out.”

Besputin said: “I feel very grateful to be signed by Top Rank, the best promotional company in the world. I now want all of the big names at 135, including the winner of Lomachenko and Pedraza.”

* Okada knocked down in the 10th round by Coria right hand.

Vasquez said: “I feel very grateful to be signed by Top Rank, the best promotional company in the world. I now want all of the big names at 135, including the winner of Lomachenko and Pedraza.” 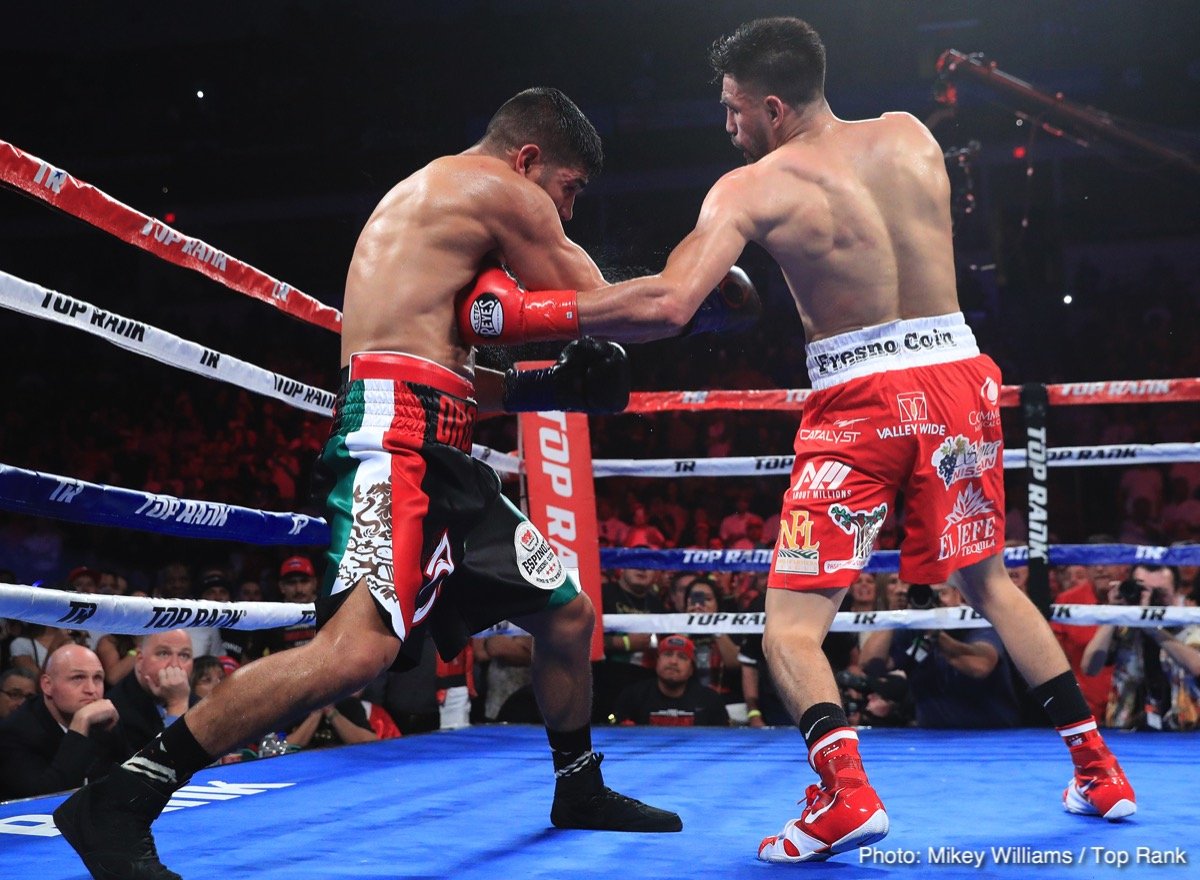 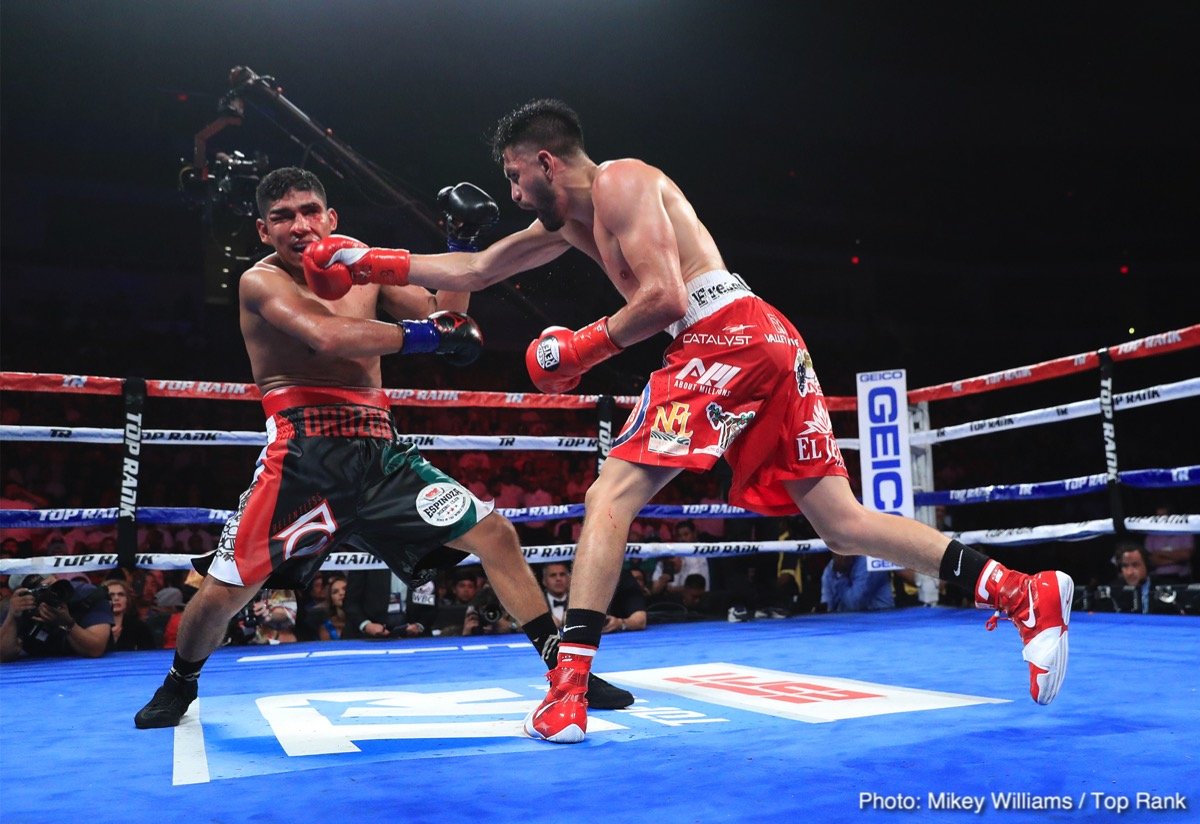 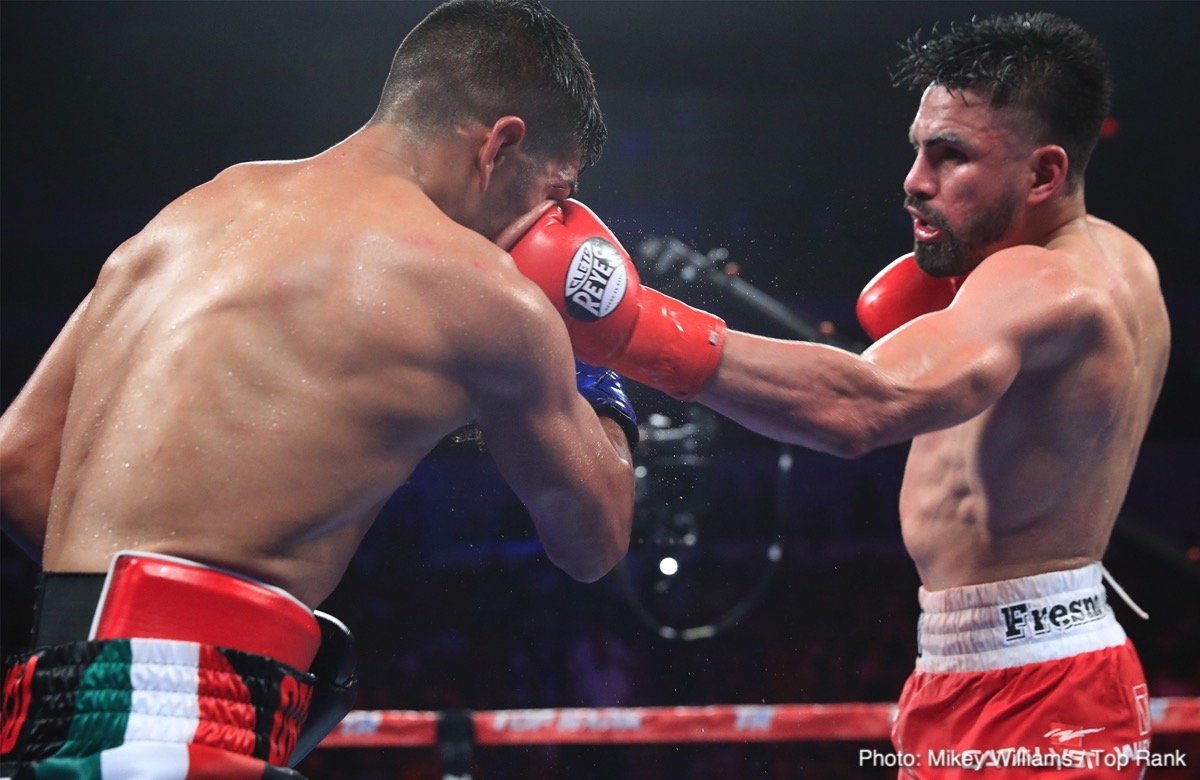 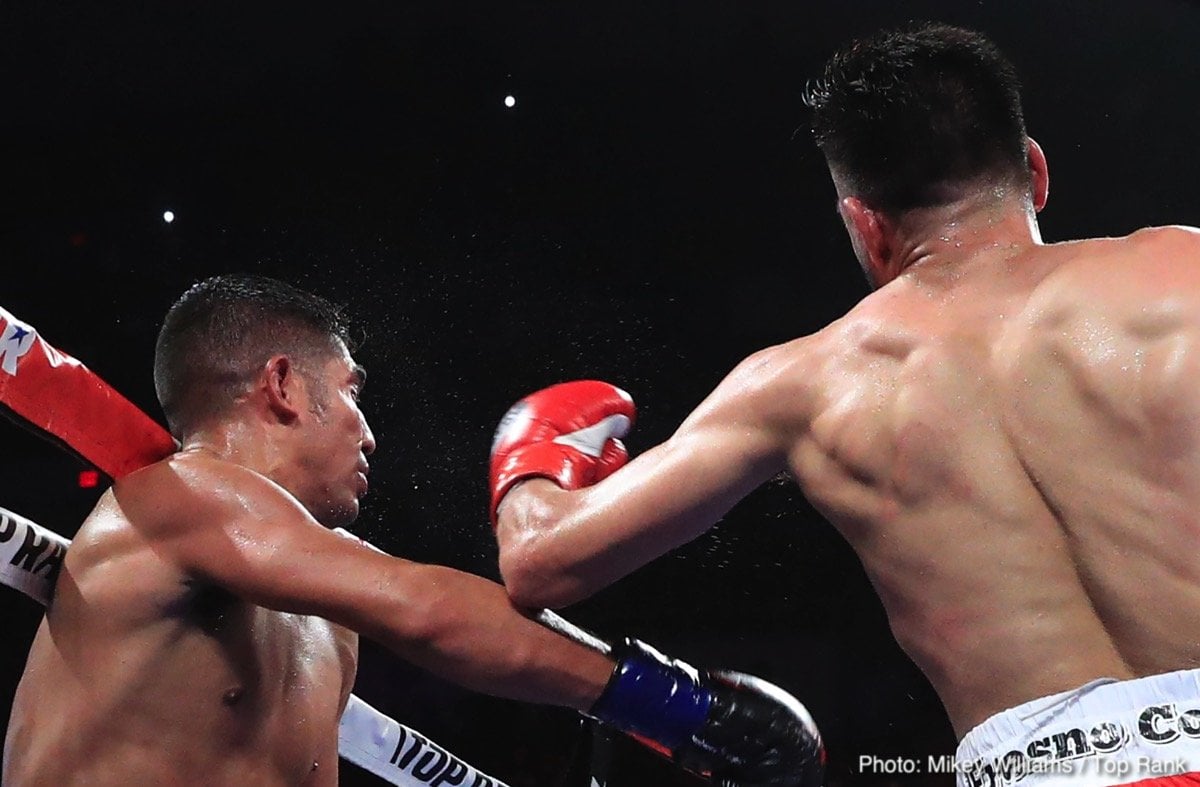 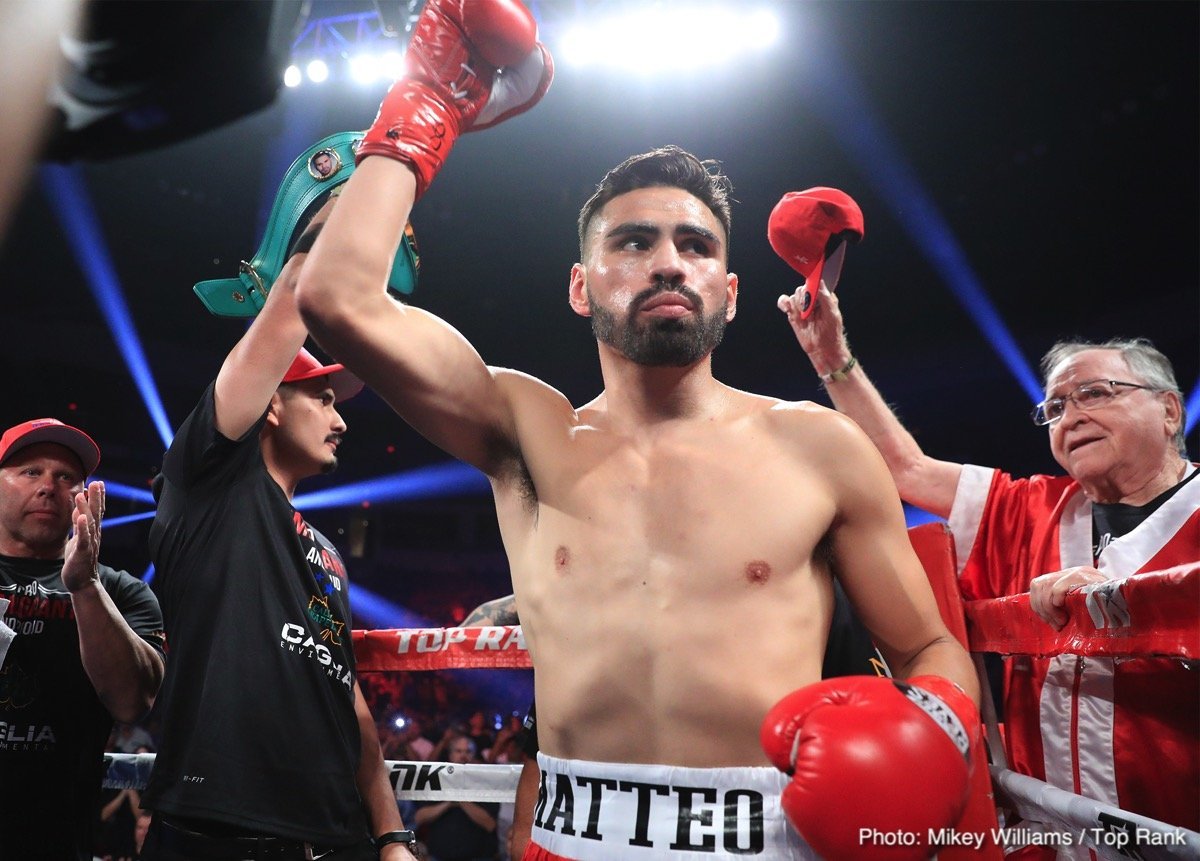 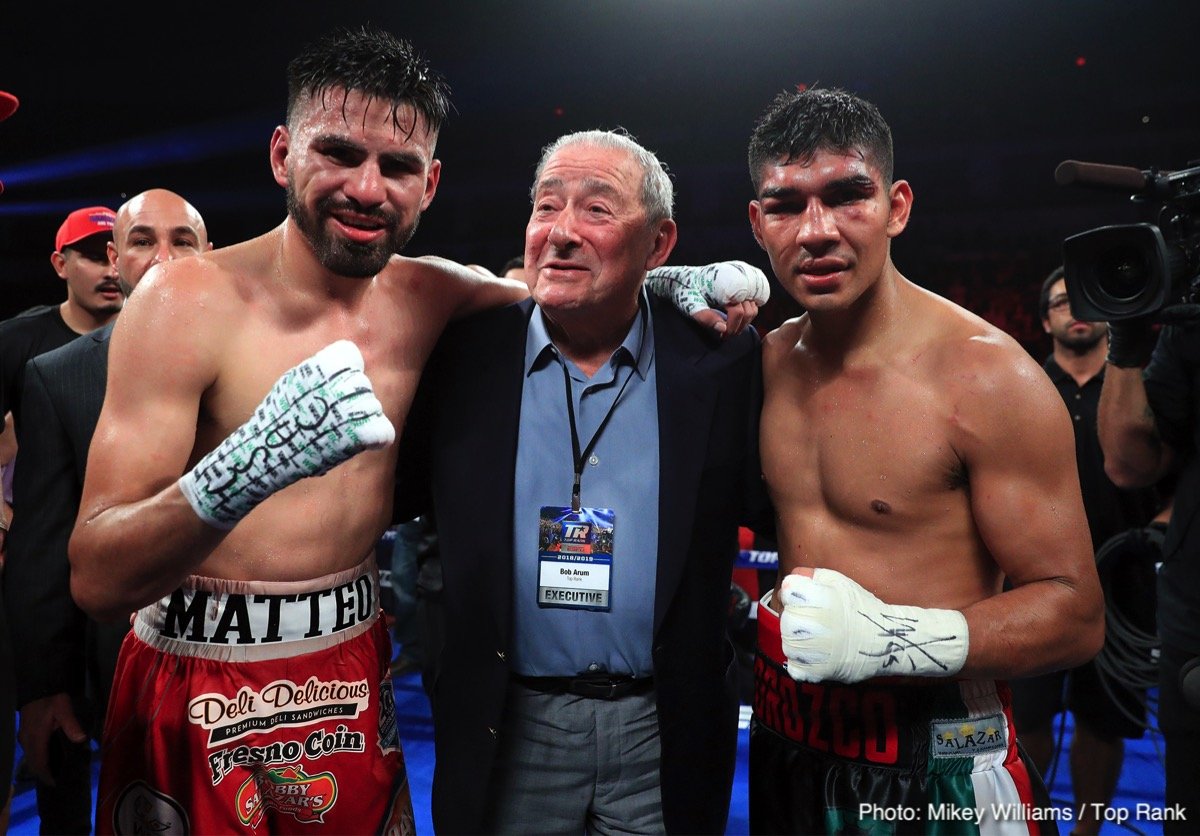 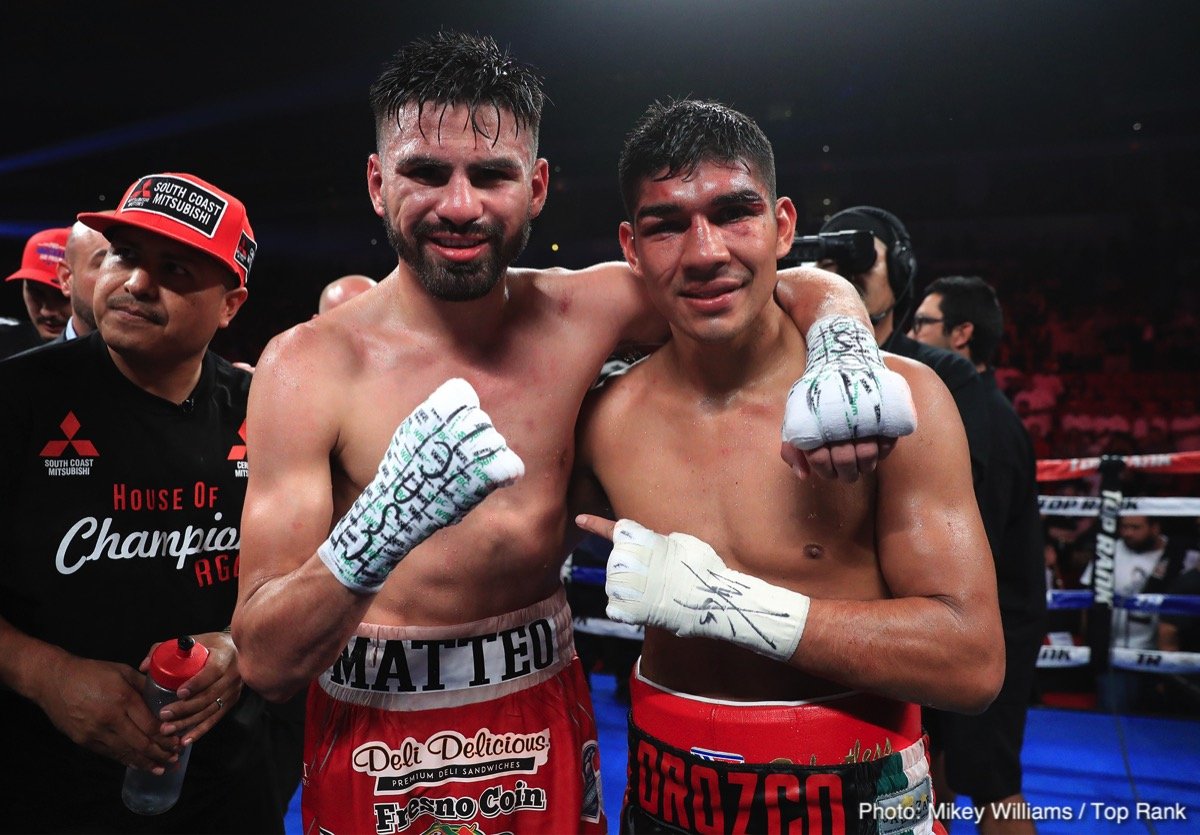 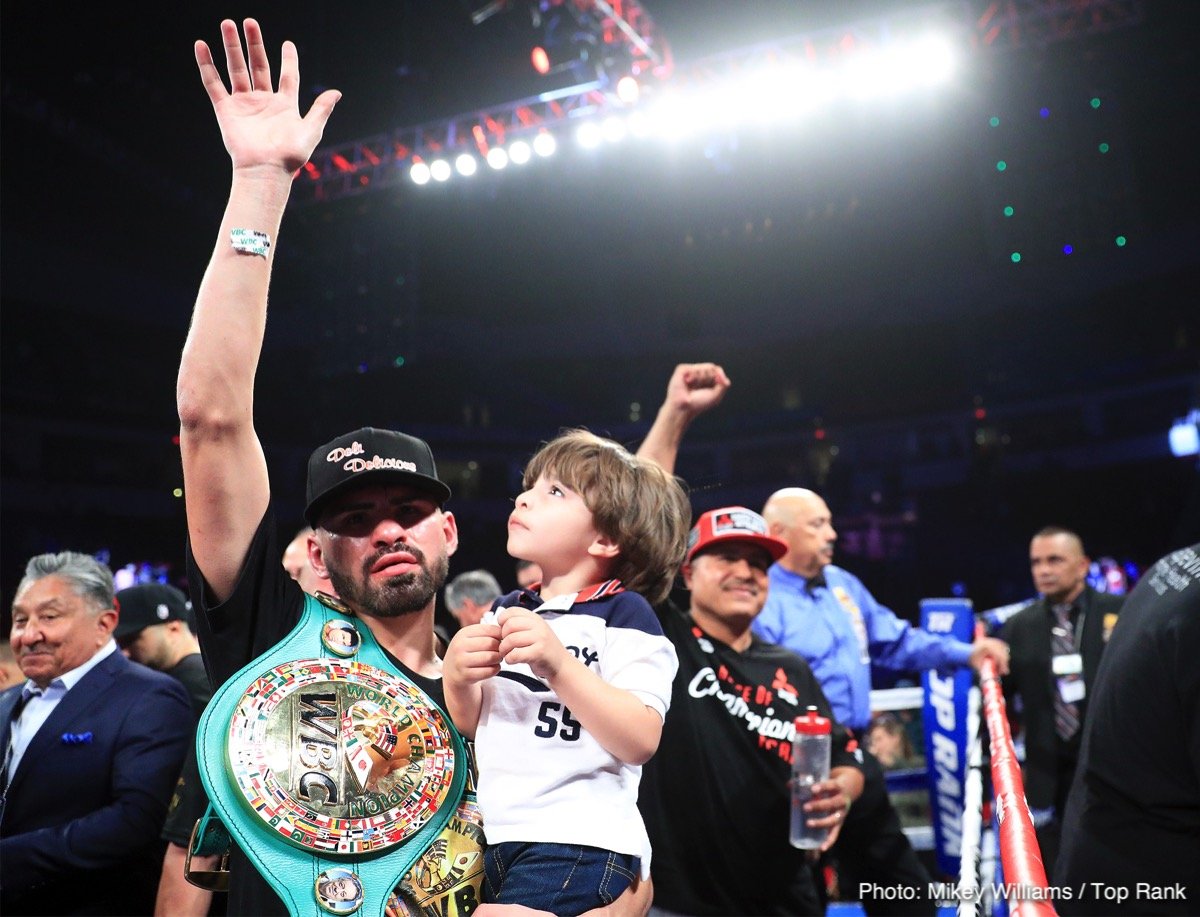 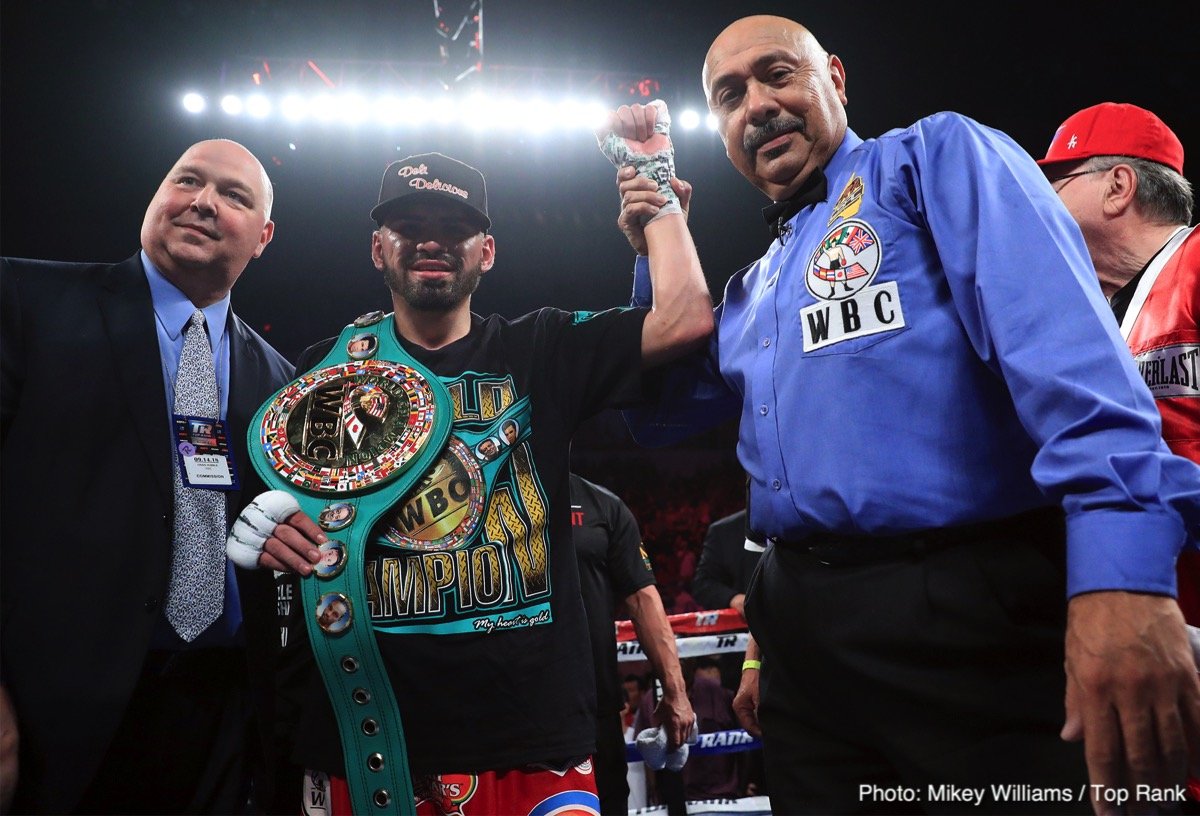 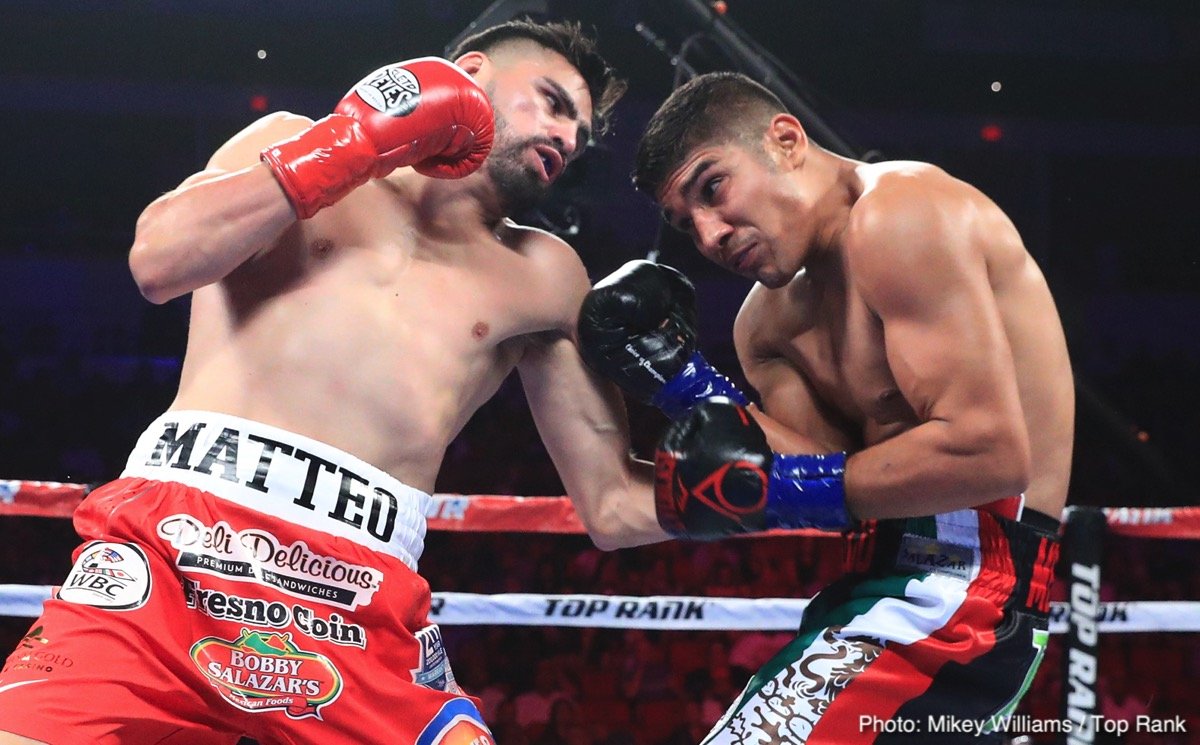 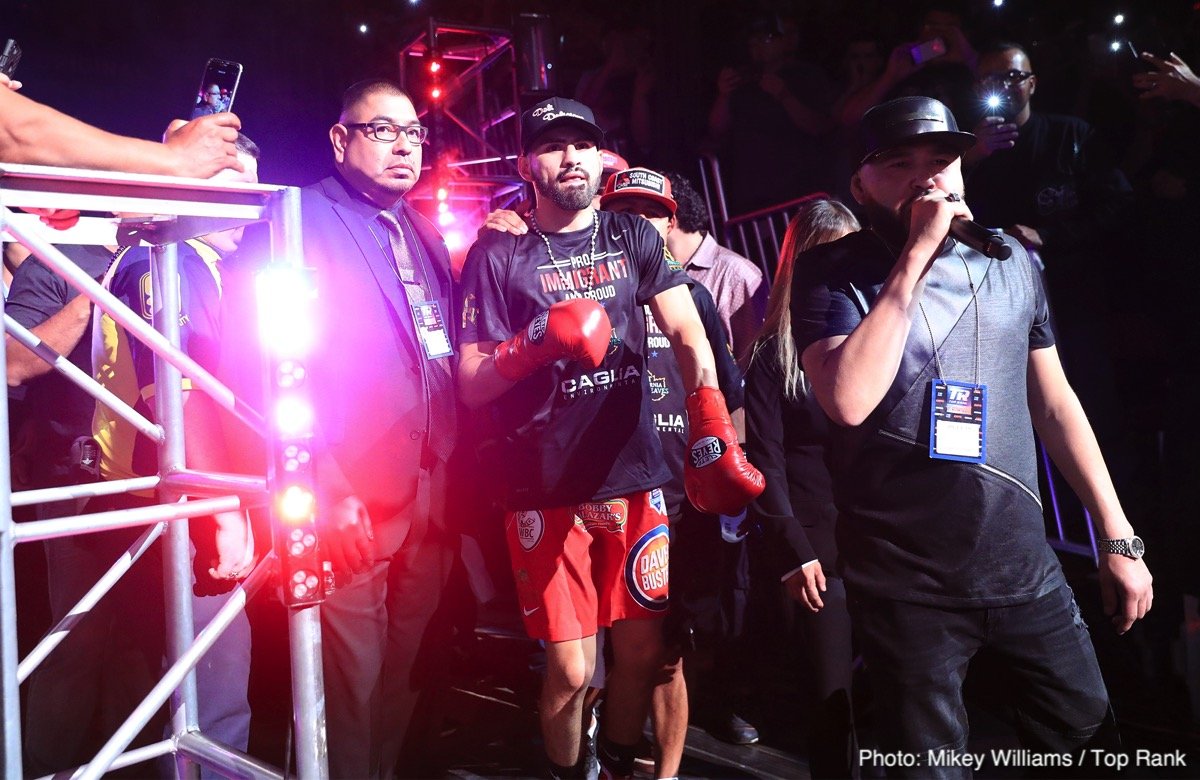 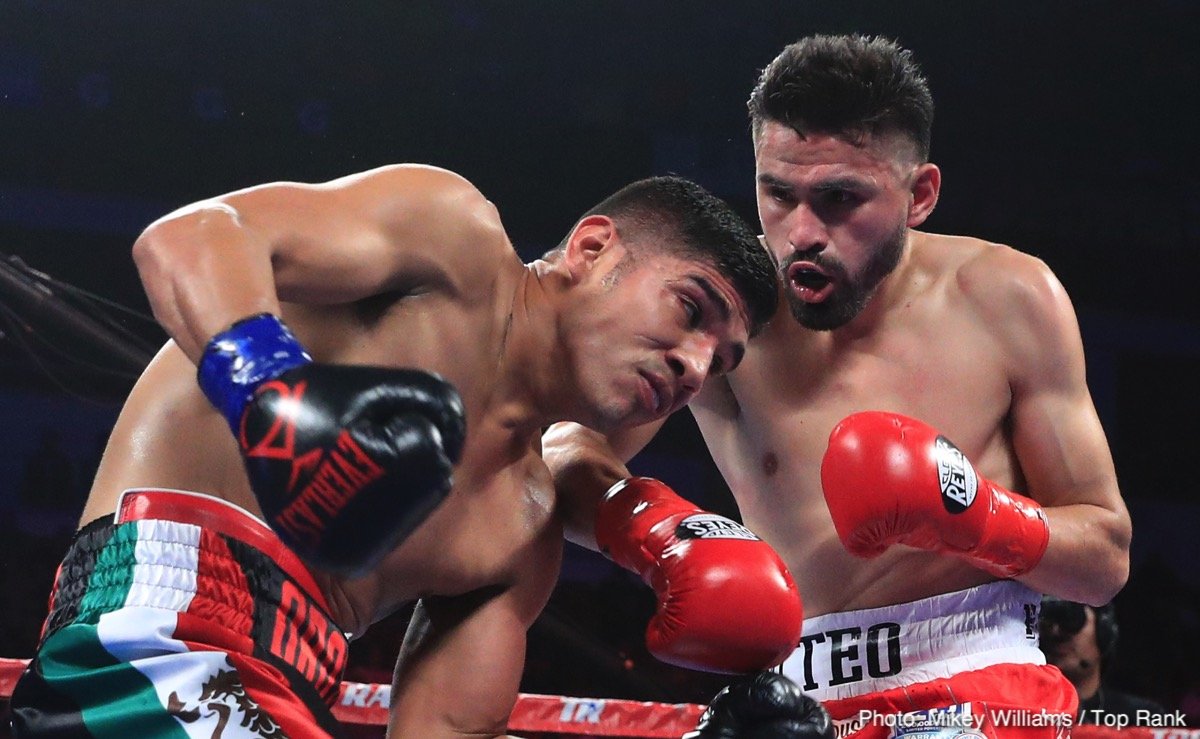 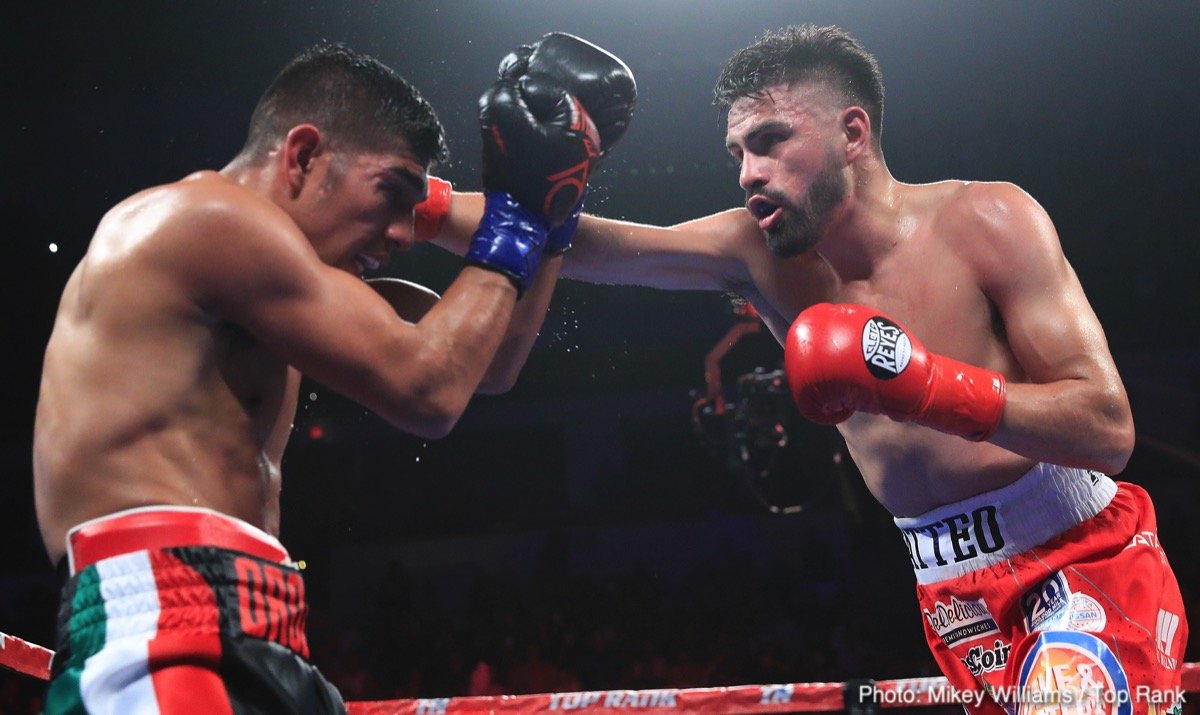 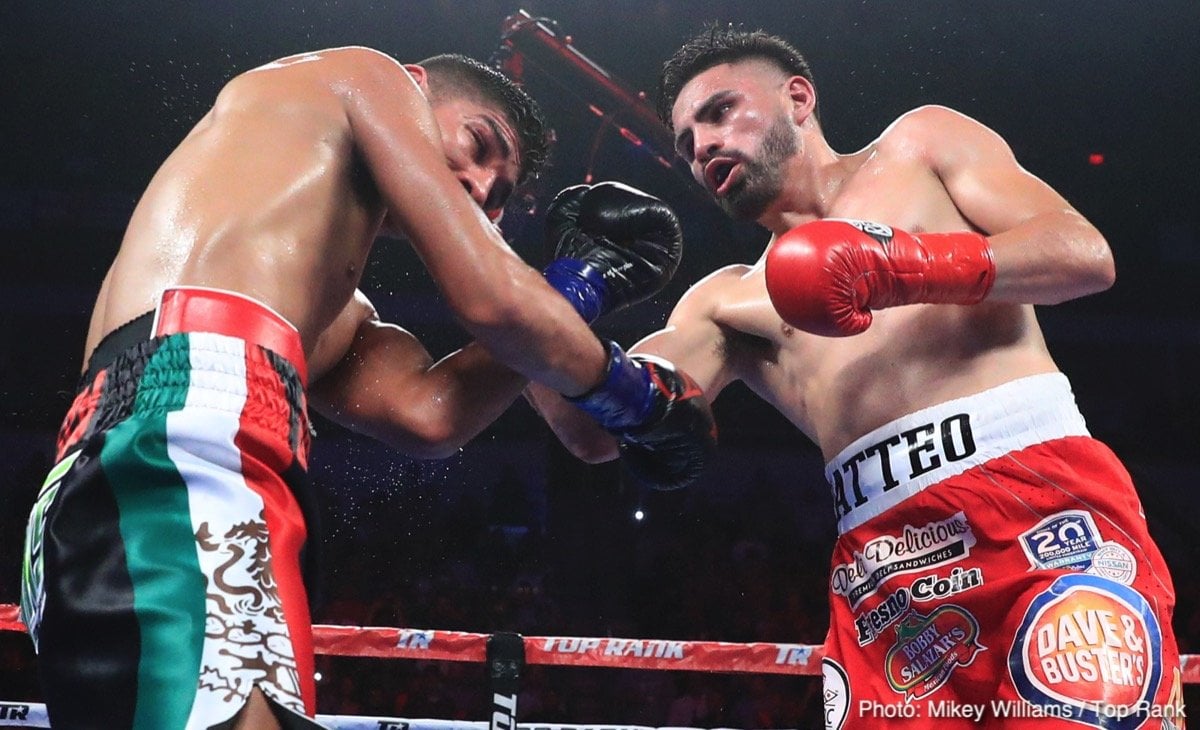