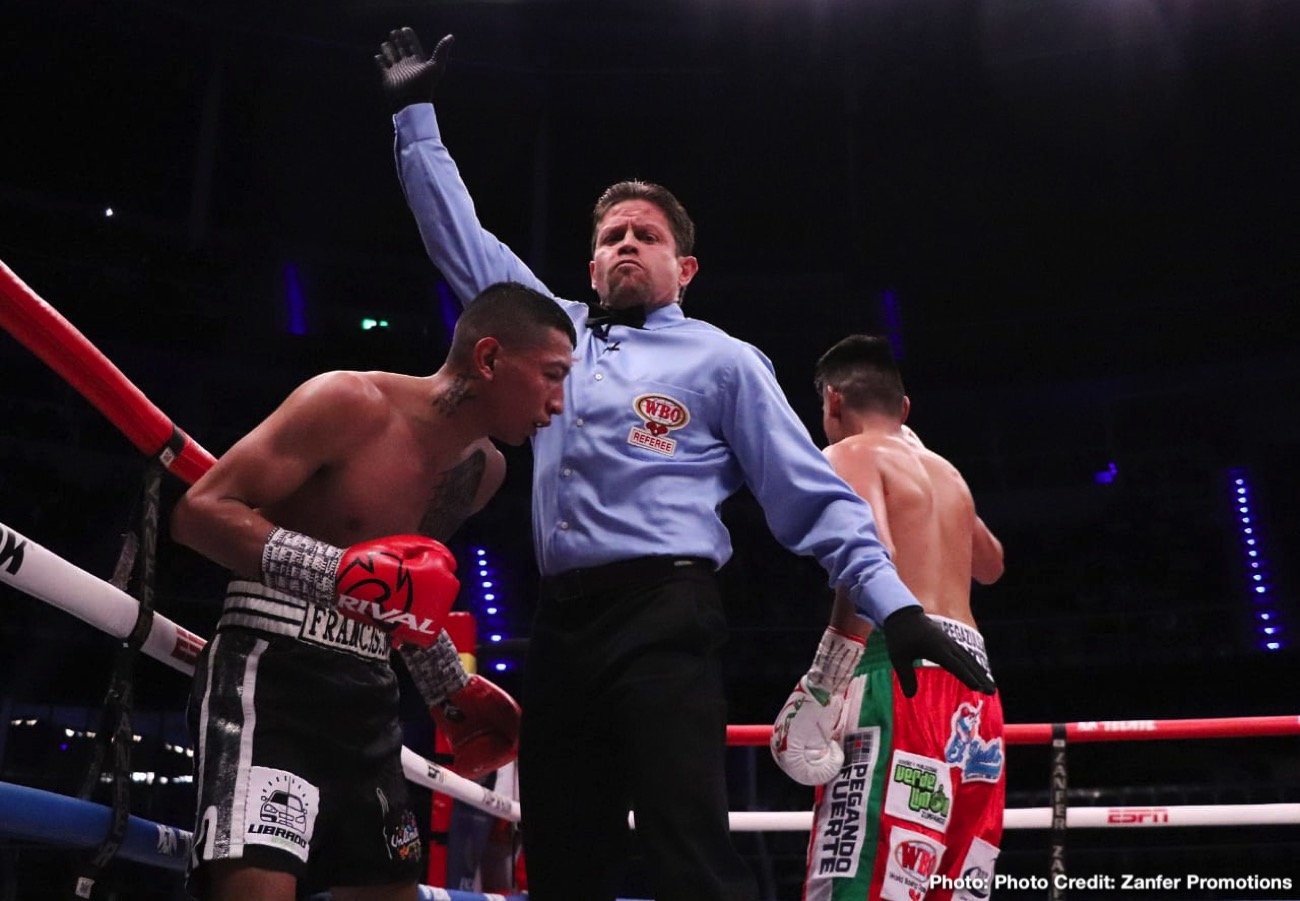 One year ago, WBO junior featherweight world champion Emanuel “Vaquero” Navarrete was a relatively unknown title challenger. He is now one of the world’s premier fighters and boxing’s most active world champion.

Navarrete (30-1, 26 KOs) knocked out Francisco “Panchito” Horta in the fourth round at Auditorio GNP Seguros, defending his title for the fourth time in seven months. He has won 25 consecutive fight dating back to 2012.

Horta (20-4-1, 10 KOs) saw his 13-bout unbeaten streak come to an end. Navarrete dethroned Isaac Dogboe to win the title last December and knocked out all four of his opponents in 2019, including in May’s rematch versus Dogboe.

“I feel very happy to have been able to defend my title in front of my people. December 8 will be my one-year anniversary as a world champion, and I can’t be happier with everything I achieved this year. It was a very productive 2019,” Navarrete said. “All the sacrifices I’ve made have been worth it. I have seen the improvement after each fight, and I want to continue improving so 2020 will be even better. That is why I will continue to work hard.”

Ancajas (32-1-2, 22 KOs), the Filipino road warrior who won the world title in September 2016, ran through Gonzalez (31-3, 8 KOs) with a sustained assault that compelled referee Wayne Hedgpeth to stop the fight.

“I want to thank God for giving me the strength to win this fight and defend my title for an eighth time. I am happy to bring glory to my country, and I want to continue doing so for a long time,” Ancajas said. “In 2020, I will be prepared for what my team and Top Rank have planned for me. I want to unify titles.”

Featherweight contender Miguel Marriaga won his fourth consecutive fight and moved closer to a fourth world title shot, knocking out Alfredo Mejia Vargas with a left hook to the body in the sixth round. Marriaga (29-3, 25 KOs) hopes another world title shot awaits in 2020, while Vargas (14-3-3, 5 KOs) saw his two-bout winning streak come to an end.

“I want to challenge the champions. And I want them to test Shakur Stevenson with this Colombian warrior. I am prepared to take his world title,” Marriaga said. “And I passed this challenge, and it was a great fight. I connected with a great body shot and that was it. I finished him. Thanks to God, we closed the year strong.” 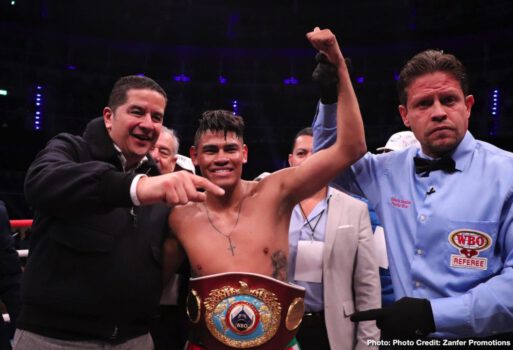 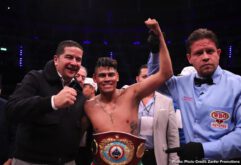 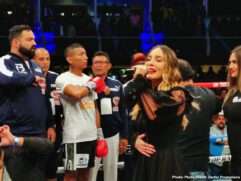 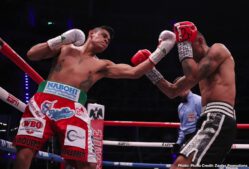 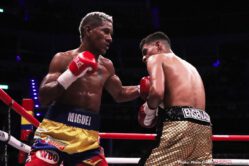 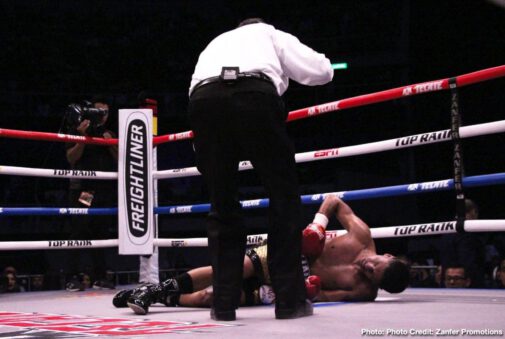 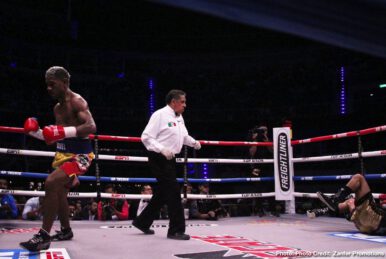 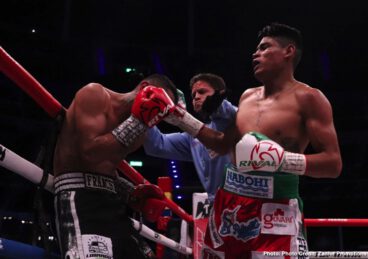 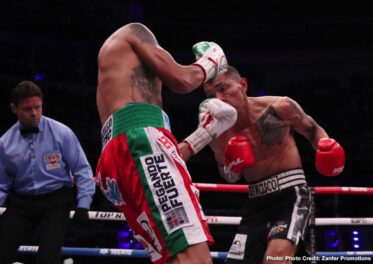 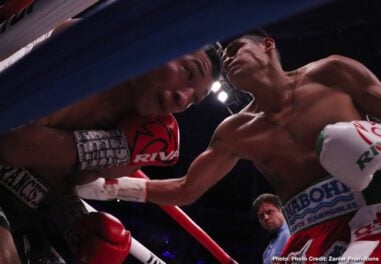 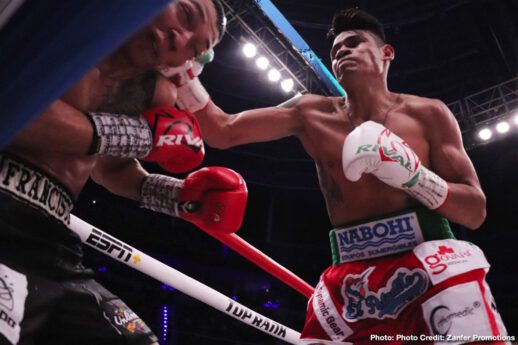 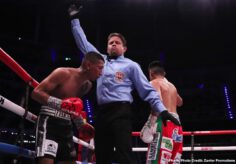 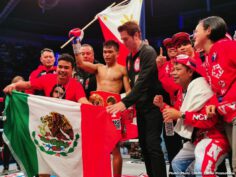 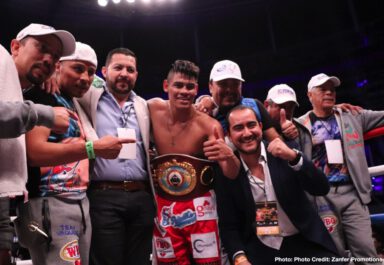 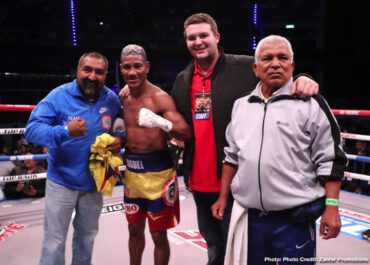