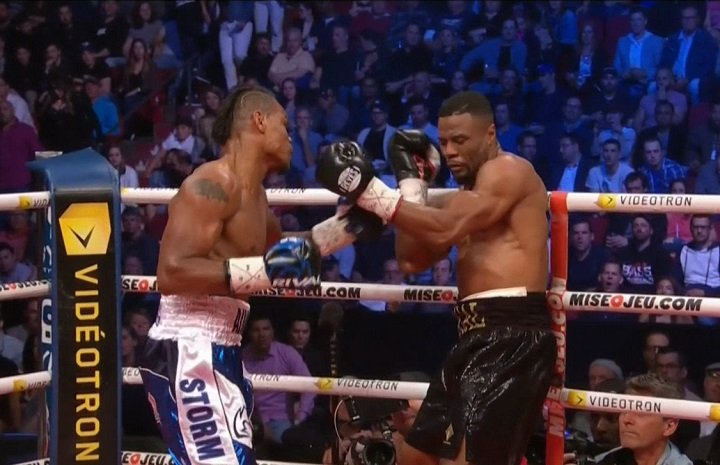 Eleider Alvarez (23-0, 11 KOs) showed why he’s ranked No.1 by the World Boxing Council in beating 34-year-old Jean Pascal (31-5-1, 18 KOs) By a 12 round majority decision on Saturday night in a slightly interesting fight on Showtime Championship Boxing at the Bell Centre in Montreal, Canada. Alvarez had his way with Pascal in hitting him with his hard jabs all night long.

Pascal showed that he still has fast hands, as he connected with some blistering fast punches at times. Unfortunately for Pascal, he forgot that rounds are 3 minutes, not 15 seconds. Pascal only seemed capable of fighting hard for the last 10-15 seconds of each round. In half of the rounds, Pascal only fought hard in the last 10 to 15 seconds.

Pascal did well in surprising Alvarez with his speedy punches, but he failed to do enough to win the rounds. This reflected in the scoring of the fight. The judges scored it 114-114, 117-111 and 116-112. Boxing 247 scored the fight 117-111 for Alvarez. Pascal simply didn’t do enough during the rounds to give him the victory. It was a poor effort from Pascal. He fought scared, and the results reflected that.

Alvarez landed some crushing shots to the head of Pascal in rounds 2 and 9. I don’t know how Pascal took those blows. Those were punches that would have knocked out a lot of fighters in the light heavyweight division. Alvarez’s punching power has improved recently. He’s sitting down on his shots a lot more than he used to. It’s impressive.

After the fight, Pascal said he felt he’d done enough to get the win. Pascal says he wants a rematch with Alvarez. With Pascal being one of the more popular fighters in Canada, it’s not hard to imagine seeing a rematch between Pascal and Alvarez for long. That’ll have to wait until Alvarez faces WBC light heavyweight champion Adonis Stevenson.

Alvarez has earned the right to face Stevenson, and he’s already been waiting for 2 years to get his title shot after becoming the mandatory challenger in 2015. It’s unclear why Stevenson hasn’t gotten it over with by fighting Alvarez instead of dragging it out this long. It’s not as if Stevenson has had a huge fight in the last 2 years that would make it worthwhile for him to stall the title defense against Alvarez.

You can argue that Alvarez would have been an easier fight for Stevenson 2 years ago, because he clearly wasn’t as good then as he is now. Alvarez has really improved recently in his last 2 fights. He seems to be getting better and better. That’s not good for Stevenson, because he’s one trick pony with him only capable of throwing left hands. Alvarez is more versatile and well-rounded fighter than Stevenson.