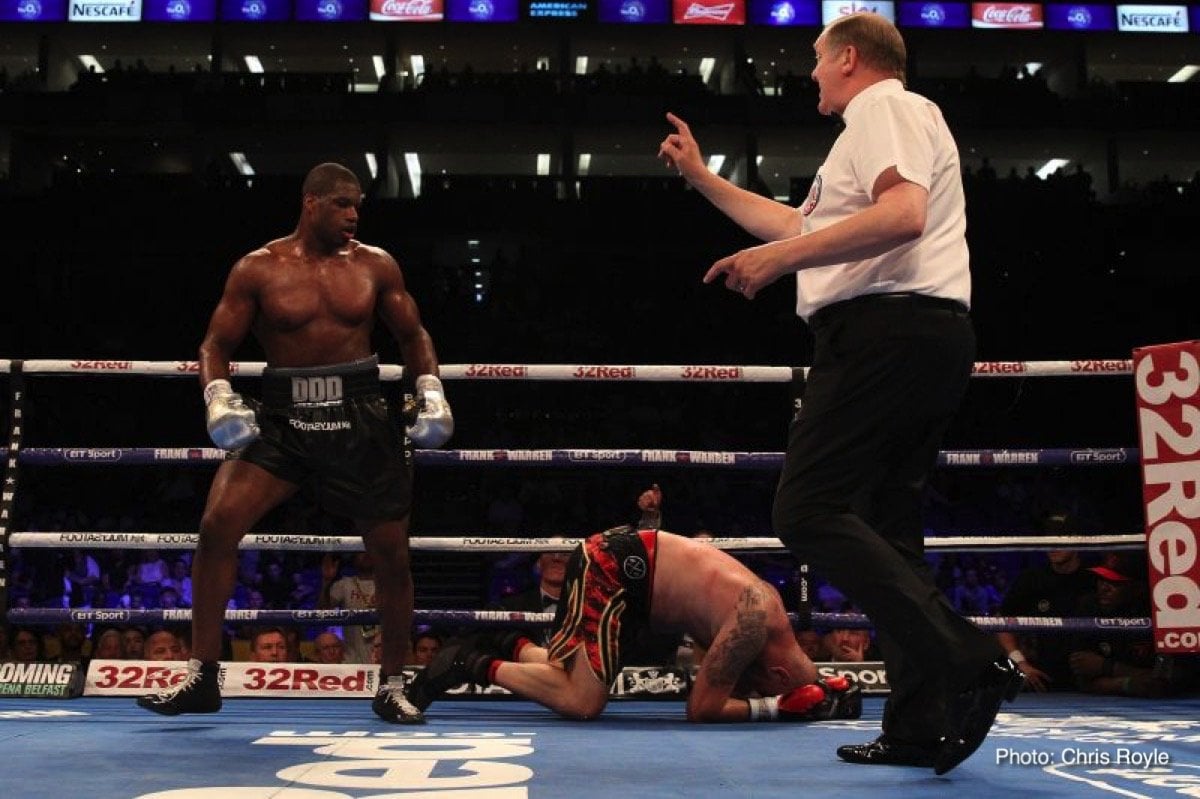 Dubois, calm and patient early, let his power do the talking for him in the second, his left hand ruining the Romanian. Aside from a low-blow earlier on, Dubois never put a foot wrong against the first opponent of his to actually be taller than he is, and fans now want to see Dubois get it on with fellow unbeaten British heavyweight Nathan Gorman. Promoter Frank Warren assures us this battle will take place some time later on this year.

It’s clear Dubois is very much in need of stiffer, sterner tests. The seasoned and rarely stopped Kevin Johnson managed to take Dubois the full distance in his last fight, but tonight Dubois got back on the KO-train in impressive style. Cojanu, who had taken Joseph Parker the full 12-rounds not too long ago in a failed WBO title challenge, had said again and again ahead of tonight’s fight how Dubois was not yet ready for a man of his experience and that he would show it. Wrong. Cojanu found out up close and personal how hard Dubois can really hit.

A soft-speaker, not at all boastful, Dubois could be the future star of the heavyweight division (his dropping of Anthony Joshua in sparring still gets talked about). It’s still too early to be sure, but Dubois is doing everything the right way. That fight with Gorman should really be something and hopefully it will indeed go ahead before the year is out.