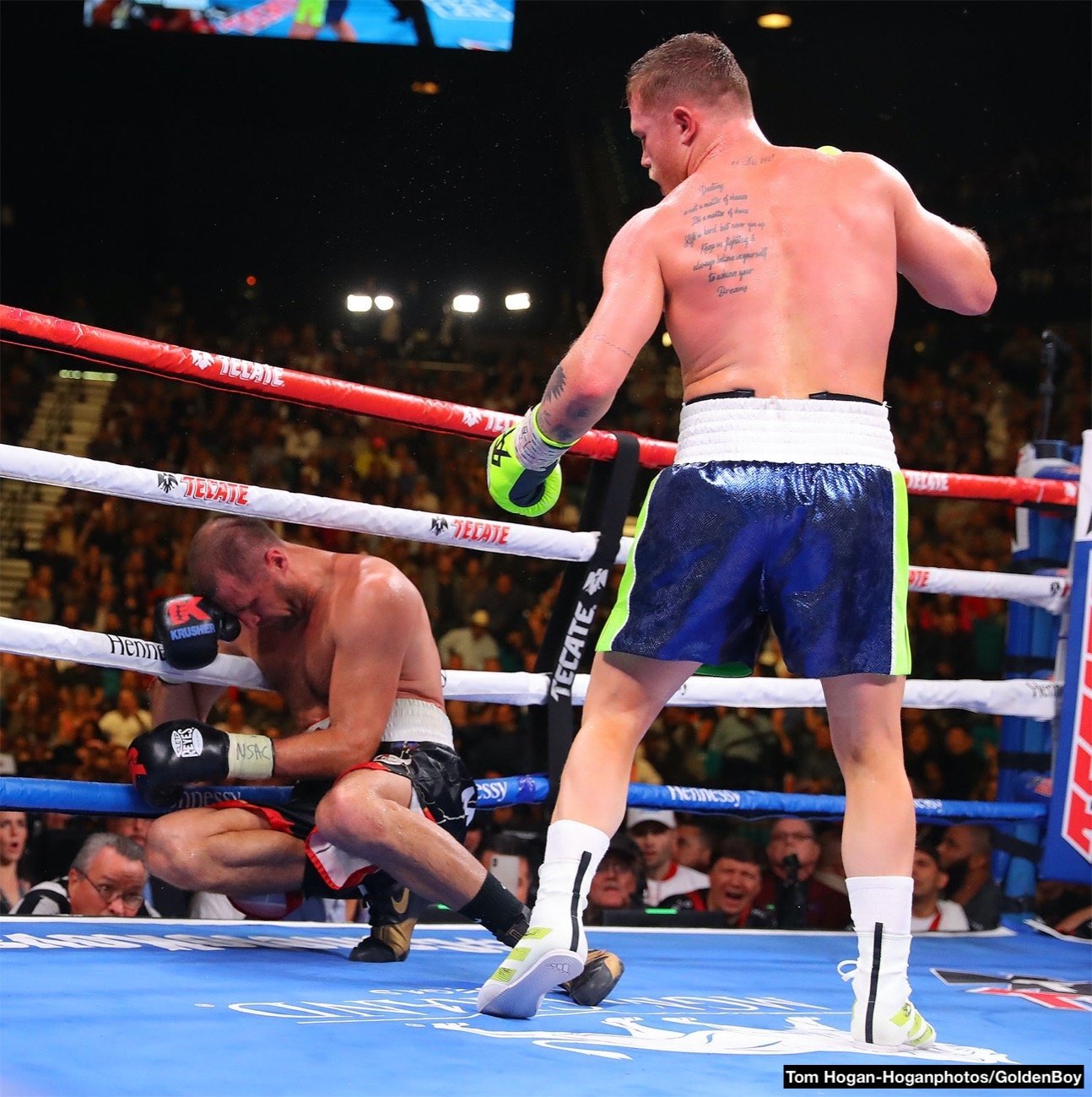 In round 11, Canelo put an exclamation point on his victory by nailing ‘Krusher’ Kovalev with a left followed by a right that knocked him out at the MGM Grand Garden Arena in Las Vegas, Nevada. There would be no getting up from a knockdown like that to try and make it out of the round. Referee Russell Mora halted the bout at 2:15 of the 11th.

“We stuck to our game plan, and it was delayed a little bit, but overall it was successful,” said Canelo after the contest. “It was a close fight because he was defensive, he was closing up his guard. All he was doing was trying to get points, but we knew it would come. Everything came out the way we had planned.”

Kovalev had fallen apart in the second half of his fights against Anthony Yarde, Eleider Alvarez and Andre Ward. It made it easy for Canelo and his trainer Eddy Reynoso to come up with a game plan to get the victory tonight. All they had to do was wait until late in the contest to go after Kovalev he faded.

Kovalev tried to conserve his energy by just jabbing, but that didn’t workout well enough. The major reason Kovalev ended up getting stopped wasn’t because of his stamina. It was a mistake he made in backing up against the ropes, and letting Canelo get near enough to land his best shots.

Canelo didn’t sound too enthralled when asked by DAZN commentators if he’d be interested in fighting a third match against Gennadiy Golovkin next.

We don’t know if Canelo is serious in saying that Golovkin doesn’t present a challenge for him, because most boxing fans agree that GGG deserved a victory in their first fight. And in the second fight, it could have been scored a draw. Canelo won the fight by a narrow 12 round decision, but it wasn’t the type of victory for him to say “He’s not a challenge for me.” That makes Canelo sounds disengaged from reality.

How Canelo watch his two fights with GGG and say that he doesn’t present a challenge to him is strange, but perhaps he’s saying this so he can get more money from DAZN. If Canelo doesn’t take that fight with GGG, here his options:

Canelo isn’t going to fight Callum, and he would be raked over the coals if he fought the young and badly flawed Munguia. It’s bad enough that Canelo picked the weakest of the light heavyweight champions to fight tonight in Kovalev. Fighting Munguia would make Canelo look like a cherry picker.