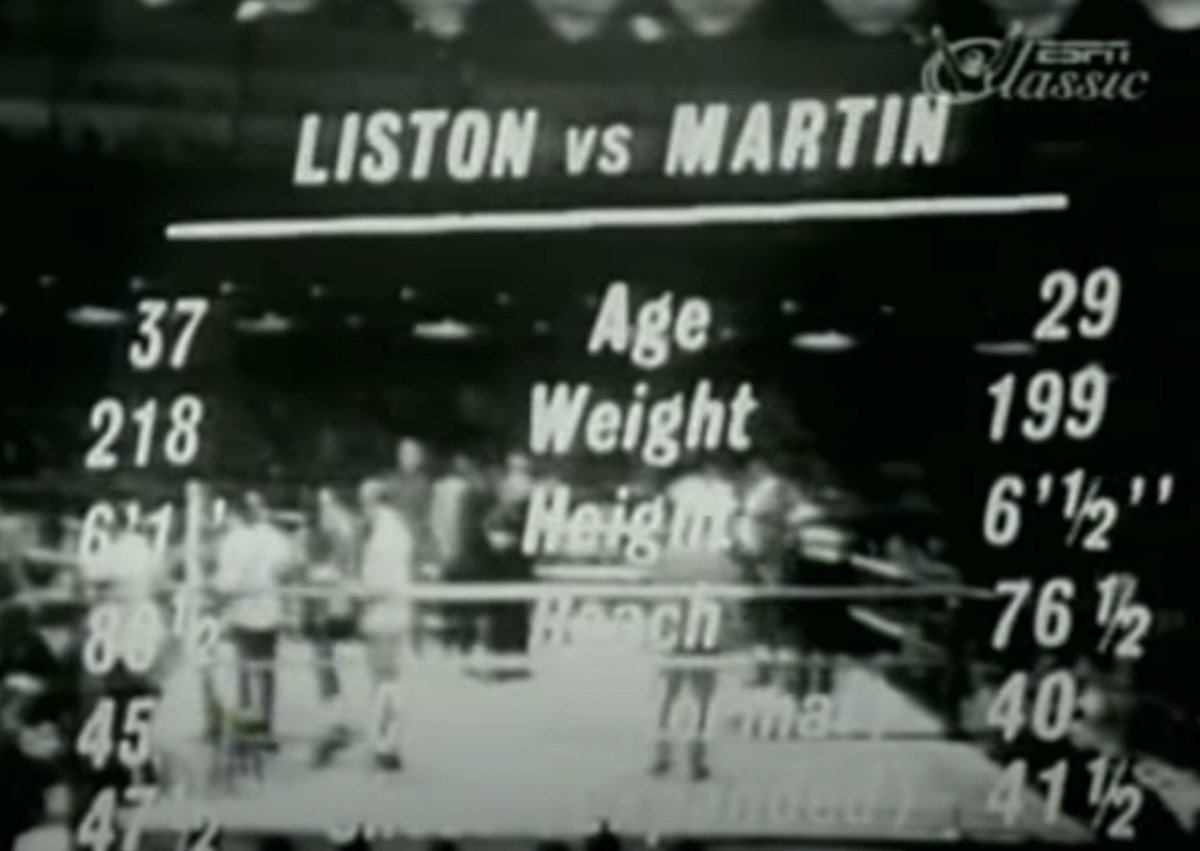 “You know, you ain’t never had any luck, but this time Lady Luck might be in your corner,” Gazzo to Rocky Balboa in the 1976 classic.

One real life Philly heavyweight who never seemed to catch too many breaks was Leotis Martin; a fine fighter who saw his career come to an unfair end just as the big fights and the big money were within reach. Born in Helena, Arkansas in 1939, Martin, AKA Otis Lee, was a gifted boxer/puncher who had a good amateur career as a middleweight, winning the Chicago Golden Gloves in 1960 and ’61.

After relocating to Philadelphia, Martin turned pro in January of 1962 at age 22. Trained early on in his pro career by Yank Durham, Martin made a big impression on Yank. After parting ways with Durham – who had moved on and had finely tuned his star heavyweight, Joe Frazier – Martin was trained by Quinzell McCall. Weighing around the 200 pound mark, Martin defeated good men such as Don Warner, Sonny Banks and Amos Johnson. A setback in the form of a KO loss to Floyd McCoy in his tenth fight was now firmly in the rear-view mirror.

But then, in May of 1965, Martin suffered his first taste of genuinely bad luck. Fighting Banks, a good left-hooker who had some notoriety for having decked a young Muhammad Ali, the two went to war in a punishing fight. Sadly, Banks died from the injuries he suffered in the KO defeat. Martin had no choice but to fight on.

In 1967, with Ali stripped due to his refusal to go to Vietnam, a tournament was set up to crown the new champ. Martin fought Jimmy Ellis (who he had boxed down at middleweight at amateur level) and he was cut badly inside the mouth, the fight being stopped. Bad luck hit No.2.

Regrouping, or attempting to, Martin had mixed fortunes. A points loss followed, to Roger Russell, before Martin scored an impressive KO over Karl Mildenberger. Martin was then decisioned by Henry Clark, he came back to stop Thad Spencer, and was then decisioned by Oscar Bonavena. But Martin refused to be discouraged. Wins over Al “Blue” Lewis came, in 1968 and in ’69, with Martin then avenging his loss to Russell.

Then, in December of ’69, Martin, hot on the heels of a shot at heavyweight king Joe Frazier, fought and defeated the great Sonny Liston. It was Martin’s last fight. Enter bad luck hit No.3.

Martin fought a smart fight with the ageing but still dangerous and, crucially for this fight, in shape Liston. Surviving a fourth round left hook knockdown, Martin came on when Sonny was fatigued, scoring a sizzling KO that left the former champ flat on his face. Martin’s right cross, left hook, right hand combo left Liston unconscious for quite a few minutes. Liston fought on, Martin did not.

Calling out Frazier in the post-fight interview with Howard Cosell, Martin was crushed when his damaged retina forced him to hang up the gloves. The eye damage might have come in the Liston fight, but some fight figures say the injury was picked up in Martin’s earlier fight, with Wendell Newton a couple of months before. Either way, with a title shot and some big money finally close, Martin’s career was over. Who knows what he might have gone on to achieve, if he would have fought, maybe even defeated, “Smokin’” Joe.

There were rumors in the late 1960s that Frazier, or more accurately Yank Durham, avoided Martin. Yank felt Frazier could be taken by his former charge, so the saying went. Who knows, but here’s something the great Mark Kram wrote in Sports Illustrated on the subject in 1967:

“Martin, out of the violent, devouring pits of Philadelphia, had been ducked by everyone, including Frazier, who would not fight him with a shotgun.”

Again, who knows? It seems unlikely to many fans that Frazier, the epitome of a fearless warrior, would have ducked anyone, but maybe Durham felt due to firsthand experience that Martin had the tools needed to either beat Joe or make him look bad. Martin today resides in that long list of good and great fighters never to have become world champion. Martin, who passed away at the young age of just 56 – bad luck hit No.4 – due to complications with diabetes, had to make do with becoming the very first NABF heavyweight champion.