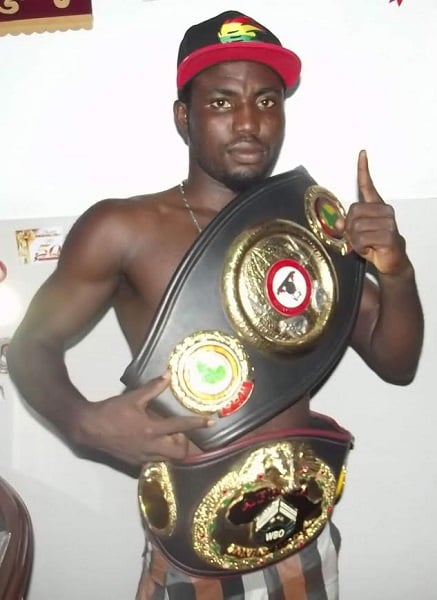 The highly anticipated ring battle between Ghana’s WBA number 3 rated super featherweight, Rafael Mensah and Fatiou Fassinou of Benin in the UK has been rescheduled to Friday March 24, a week later than the earlier announced March 18.

To be supervised by the British Boxing Board of Control at the Ponds Forge Sports Centre in Sheffield under the auspices of Dennis Hobson Promotions, it will be the first fight outside Africa for the undefeated Mensah (28-0, 22 KOs)whose only previous fight outside Ghana was when claiming a TKO victory over Sunday Ajayi in Coutonou, Benin in December 2011.

But the Ghanaian who will travel to the UK for the fight with his trainers, Samuel Oware, Vincent Akai Nettey and Joshua Nii Aryeetey is ready to take down the Beninois.

“I’ve been in the game for a long time now and it’s time I take on the best boxers in the world in my division,” Mensah said when the fight against Fassinou was announced recently.

“I know Fatiou to be a good boxer who will come out tough but I will be ready for whatever he throws at me and come out victorious for my coach, my manager, my fans and all Ghanaians,” he added.