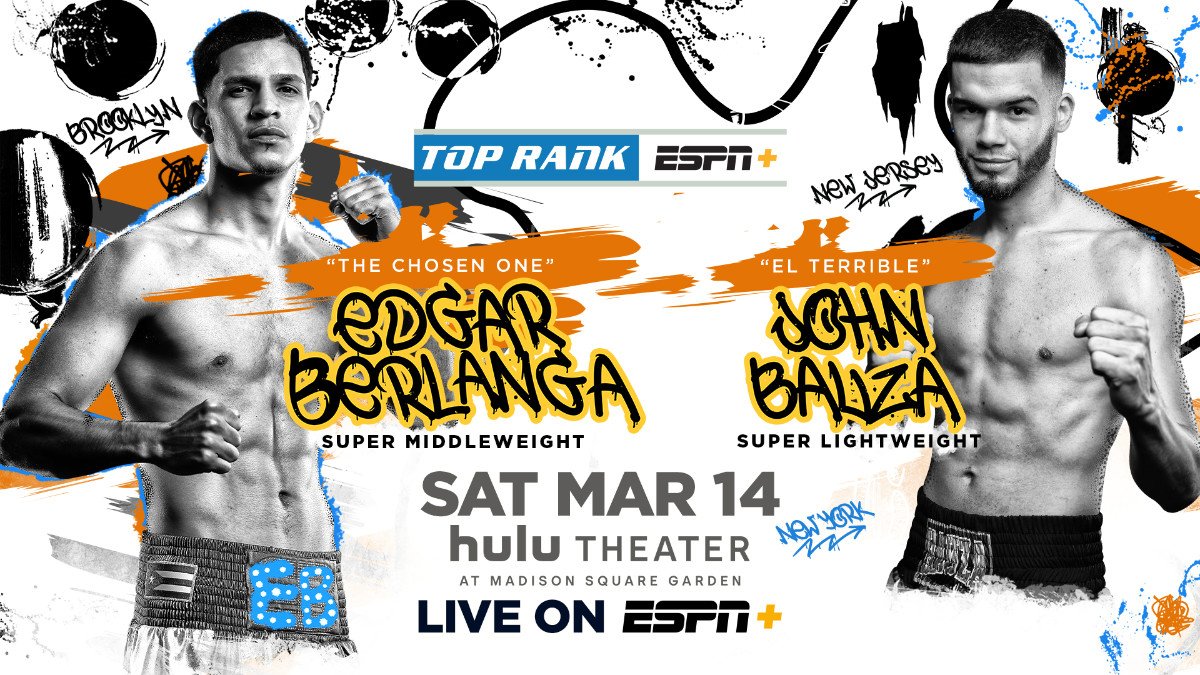 Everyone loves a puncher, even more so a genuine knockout artist, and unbeaten 22 year old middleweight/super-middleweight hope Edgar Berlanga is really starting to make a name for himself as the next big-hitter of the sport. You may have heard the name, you may even have seen Berlanga in action. On Saturday night, on the under-card of Shakur Stevenson-Miguel Marriaga in New York, fans will get another chance to see the Puerto Rican in action.

But don’t go expecting to see Berlanga in the ring for too long, not if his first 13 pro fights are anything to go by. Berlanga, who lives in New York and is promoted by Top Rank (another future star for the seemingly unstoppable Bob Arum, perhaps?) has yet to hear the bell for the second round. And what’s quite impressive about the 22 year old’s 13 straight first-round KO’s, is the fact that, aside from three fighters who were making their pro debut against him, all of Berlanga’s opponents entered the ring with him while sporting a winning record.

And Berlanga, who went pro in April of 2016, has seen off some decent fighters. In his last fight, in December, “The Chosen One” as Berlanga is known, stopped a 16-1-1 Cesar Nunez, while a few fights before that, Berlanga stopped the experienced Jaime Barboza, a man who has taken the likes of J’Leon Love, Gary “Spike” O’Sullivan and Gilberto Ramirez the distance.

It’s still too early to know if Berlanga can become the next big star/big puncher of the 160 or 168 pound division (or maybe both) yet it has to be agreed how this exciting, naturally heavy-handed fighter is on the right track. On Saturday, in a scheduled eight-rounder, Berlanga will face Mexico’s Alan Campa, 17-5(11) – a man who has been stopped just twice: in five rounds by Jesse Hart and in four-rounds by Sergiy Derevyanchenko. Speaking with ESPN.com, Berlanga said he is excited about the possibly testing fight.

“Campa has been in there with great guys and he has a ton of experience. It should be a good fight for me,” Berlanga said. “Hopefully, I can get in some rounds. I want to show everyone I’m more than a one-round fighter.”

Campa, aged 28, is coming off two straight defeats, but he went the distance in both bouts, losing on points to two unbeaten fighters in D’Mitrius Ballard and Erik Bazinyan. Can Campa extend Berlanga beyond three-minutes?

Maybe, but don’t be surprised if Berlanga scores his 14th first-round KO on Saturday at Madison Square Garden.