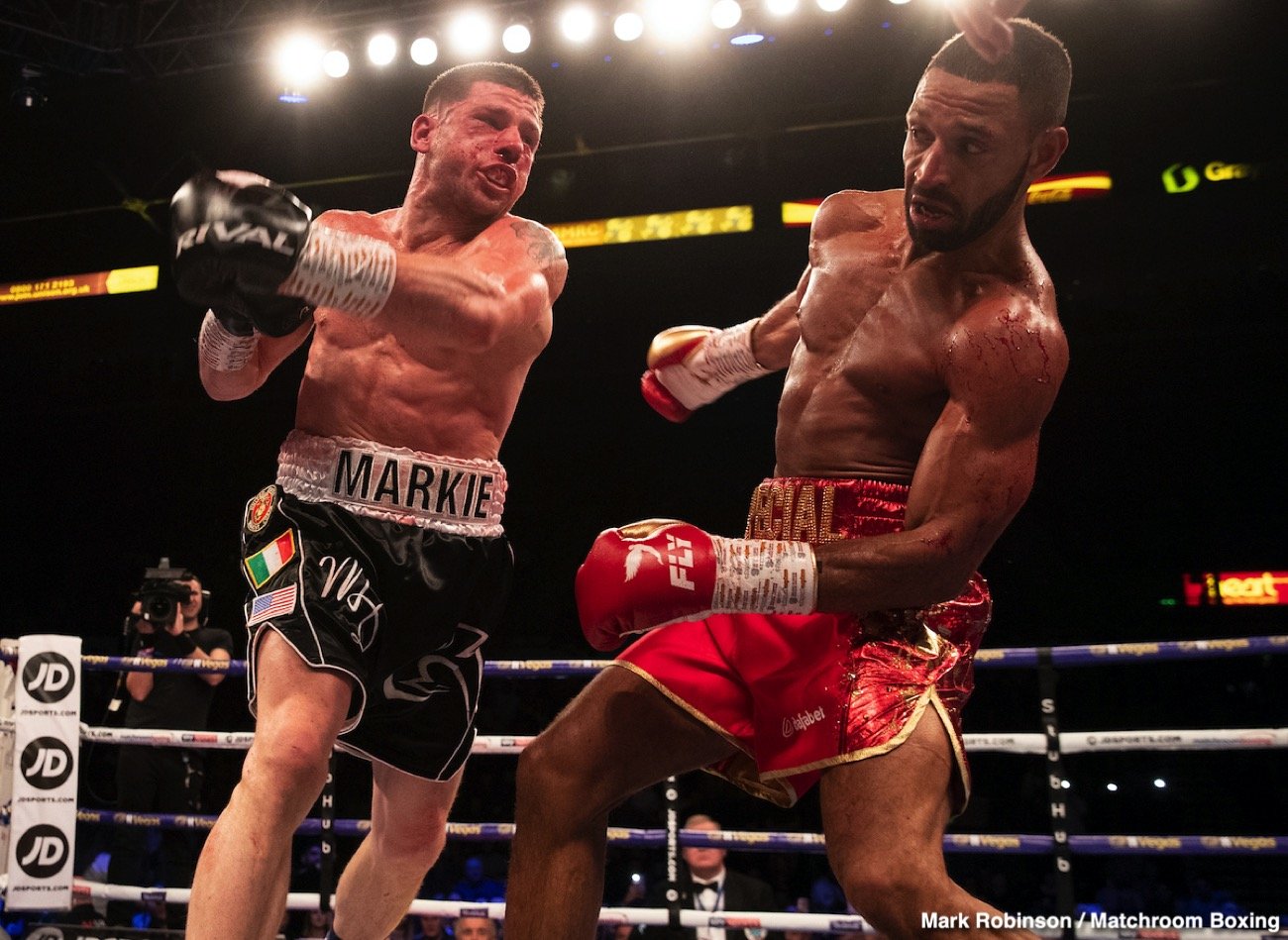 Errol Spence’s trainer Derrick James says Kell Brook will be the first REAL opponent that Terence Crawford will have faced during his career if he chooses to face him next. Unlike many boxing fans, James isn’t impressed with the opposition that Crawford has fought during his 12-year professional career.

Crawford (36-0, 27 KOs) needs an opponent for his next fight in June. He’s been wasting time talking about wanting to fight UFC star Conor McGregor in the octagon, but that’s not going to happen. Crawford is also hoping that his promoters at Top Rank are able to get him a big name for his next fight. He wants to face Manny Pacquiao. That’s not likely either.

IBF/WBC welterweight champion Errol Spence Jr. will be returning to the ring in July, but he’s coming back from a car crash and a fight between him Terence won’t take place in the first half of this year. If it’s going to happen, it’ll either be in late 2020 or in 2021.

“Crawford is more elusive and athletic, but the punching power goes to Kell Brook obviously because of the size,” said Spence’s trainer Derrick James to FightHub. “We’ll see how athleticism and skillset go against power. This is the first real fight with the same skillset. We’ll see what it is. I don’t know,” said James on the Crawford vs. Brook fight.

Crawford’s best opponents in his career were against these fighters:

Brook would beat all these fighters, and likely knock them all out. It’s to Crawford’s promoters at Top Rank if they want to match him against Brook. They’ve done a good job of picking out Crawford’s opponents all these years. It might be a mistake to put him in with Brook right now and have him potentially ruin things for him before he gets a big payday fight against Spence.

That’s the only option Crawford has for a big payday because none of the PBC fighters are going to face him other than Shawn Porter, who he doesn’t seem to be thrilled at fighting. You can understand why. The inside fighting skills of Porter would be a real problem for Crawford, who needs space to throw his counter punches. The switch-hitting that Crawford uses would be useless against Porter because he would mug and maul on the inside. You catch switch hit when you’re bring mauled.

“Hopefully in June,” said Crawford to Fighthub when asked when he plans on fighting again. “Not right now [no opponent]. Well, we’re trying to get the big fights. So hopefully something pans out and workout for the best,” said Crawford.