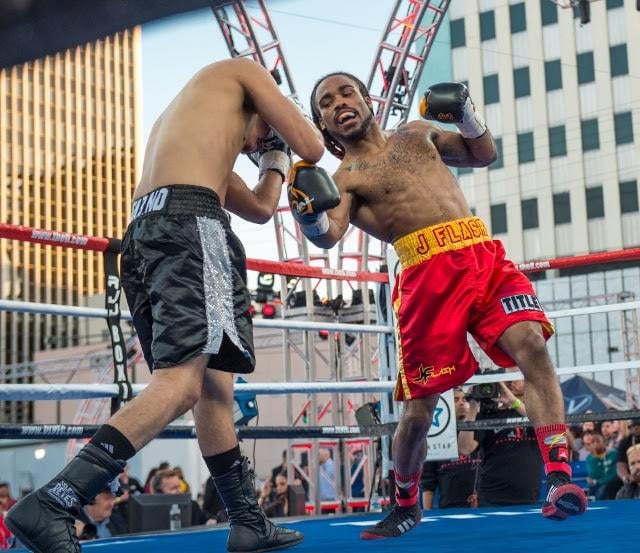 Jeremy “J Flash” Nichols (5-0, 2 KOs) looks to keep his undefeated record in tact when he steps into the ring on September 9th against unbeaten Steve Belmontes (2-0) in a four round bout at the downtown Las Vegas Event Center. This will be Nichols’ sixth fight within a year and his second consecutive bout against an undefeated fighter, as he looks to make a name for himself in the welterweight division.

“I am excited for my upcoming fight against Belmontes,” said Nichols. “I have had a really good training camp and I expect to end this bout via a knockout.”

The twenty-six-year-old who currently lives in Las Vegas and trains at the famous Johnny Tocco’s Ringside Boxing Gym, gained extremely valuable experience before he turned pro, as he sparred with former pound-for-pound best fighter in the world Floyd Mayweather, Jr., while he was training for his mega-fight against Manny Pacquiao.

“It was a pretty amazing experience to spar with one of the best fighters ever,” said Nichols, “We sparred two six minute rounds early on in training camp and during those sparring sessions, I learned many things that will make me a better boxer.”

Nichols’ bright future in the sport, in addition to his sparring with current and former world champions and rising contenders, can be attributed to his tremendous work ethic, dedication, confidence, and focus in and out of the ring. He is also an ambidextrous fighter that can box extremely effectively from both the southpaw and orthodox fighting stance, something that is rarely seen in boxing. This when combined with his fast and powerful offensive approach, great stamina, and impenetrable defense, it creates a myriad of problems for his opponents. These skills have enabled Nichols to remain unbeaten to start his professional career.

Yet, his boxing career almost did not happen. In his senior year of high school as a running back, Nichols ran a 4.3 in the forty yard dash, which garnered him the attention of several college football teams. His football career; however, ended quickly after that because once his son was born he focused primarily on boxing as a way to make money to support his child.

“I want to thank all of my fans for all their love and support they give me each and every day. You mean the world to me,” said Nichols. “I am going to be a world champion in two years and eventually I will become the greatest welterweight fighter of all-time and get inducted into the International Boxing Hall of Fame.”

On This Day In 1995: The Legendary Manny Pacquiao Goes Pro898 Total Shares