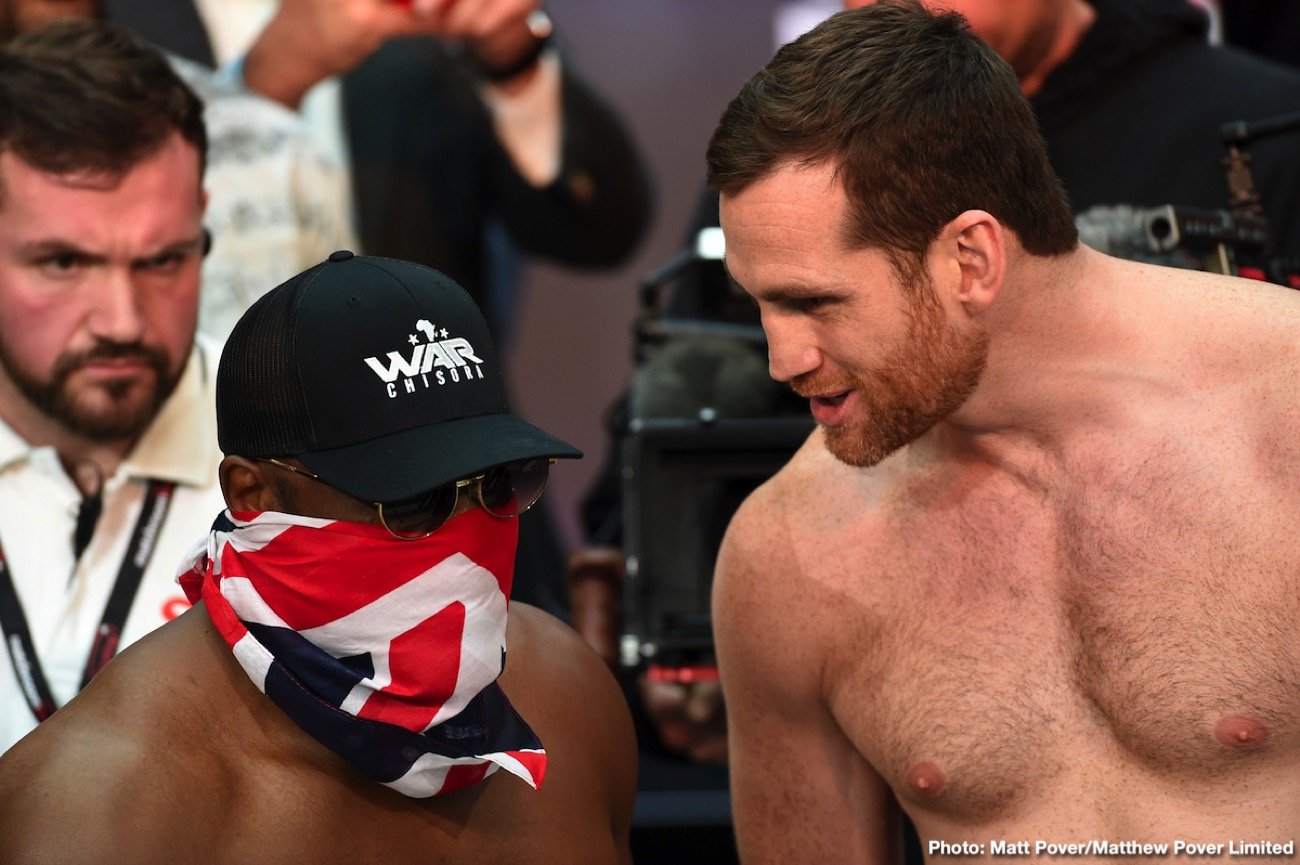 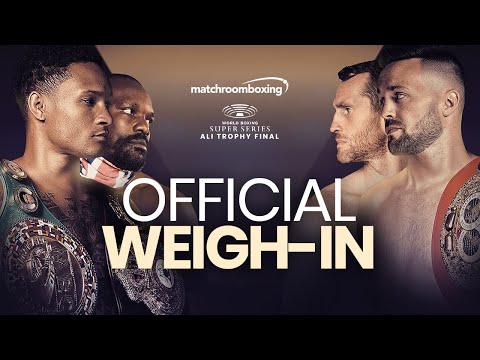 The unbeaten 24-year-old Baraou weighed in at 68.9kg and is confident he can win in spectacular fashion and impress the UK fight fans.

IBF European Middleweight Champion Radovan weighed in at 76kg ahead of facing the experienced Luke Blackledge (26-8-2, 9 KOs) as he fights outside of Germany for the first time in his professional career.

Radovan won his title against compatriot Ronny Mittag in April in Wolfsburg, Germany and now fights under the tutelage of new trainer Grant Smith for the first time.

USA’s Regis Prograis (24-0, 20 KOs) and Scotland’s Josh Taylor (15-0, 12 KOs) were both in a confrontational mood before their WBSS Super-Lightweight Ali Trophy Final on Saturday at The O2 in London

“He’s 24-0 but has fought no real live opponents,” Taylor claimed.

Prograis interrupted: “They can’t hurt me if they can’t hit me!” 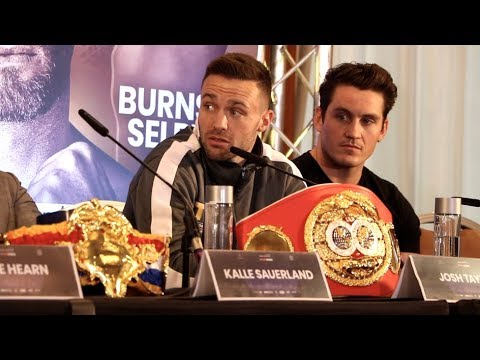 And so the verbal blows went back and forth with both combatants oozing confidence at the press conference top table. But also words of mutual respect.

“We are here for the belts, the trophy, the money. But the main thing for me is to prove I’m the best.”

Read:  Josh Taylor - Regis Prograis II: Will It Happen, And Who Wins If It Does?

The ‘Rougarou’ insists he has seen cracks in the armor of ’The Tartan Tornado’.

“He gets hit. Josh has been hurt against Ivan Baranchyk and Viktor Postol who aren’t punchers like me. They’re not sharp, crisp like me, they don’t have the timing that I do.”

Prograis arrived in London three weeks ago for the fight: “The UK fans have embraced me, I feel like I’m home. On the streets and walking the malls, people are coming up to me to take pictures.”

“In was a good decision to come here early. I got adjusted to the time, the weather, the food, the culture, the people. So now, I’m just comfortable.” 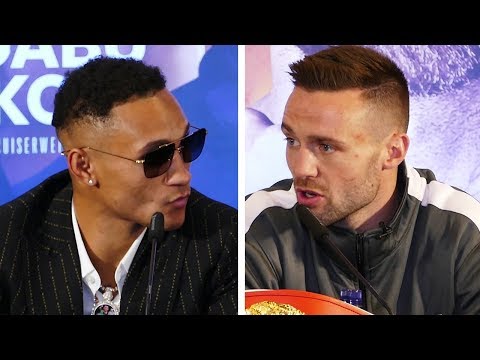 “I don’t think he does anything better than me. I just want to get there and get it done now. I 100% believe I can knock him out.

“He is a good fighter and a world champion but he is going to get it on Saturday night. His 24 wins have come against nobodies, none of them have been in there to hurt him or rip the belt away from him, I am.”

The battle of words culminated in a tense stare-down, in which Prograis removed his sunglasses.

“My mindset is starting to change now, I’m in fight mode. I’m sick of the sight of him,” Taylor told reporters.

“The Ali Trophy is on the line in this fight but also the World Championship belts of both men and the vacant Ring Magazine belt as well! Whether you feel that the titles, the Ali Trophy or the Ring Magazine belts carry the most weight in boxing, they’re all on the line in this fight, so everybody should be happy that we’re getting the best vs the best.”

“This is it, the Super-Lightweight final for the Muhammad Ali Trophy! Two great athletes, warriors, and fighters contesting the greatest prize in boxing – on Saturday we will see the best vs the best in the Champions League final of boxing.”

“This winner of this final will be the best in the division. We saw that in Season I with Aleksandr Usyk and Callum Smith.

“Both finalists fought the best to be in the final. Both Prograis and Taylor became world champions in their semi-finals and now we have it at what we believe is one of the best stages in world boxing, The O2. Like I’ve said before; this is the caviar of boxing.”

Regis Prograis (24-0, 12 KOs) got a first glimpse of the Muhammad Ali trophy when he looked in on The O2 Arena ahead of Saturday’s World Boxing Super Series Super-Lightweight Final against Josh Taylor (15-0, 12 KOs).

The Greatest Prize in Boxing has arrived in England’s capital, and the tournament No. 1 seed saw it up close Tuesday at display at the venue for the exciting conclusion of the 140lbs edition of the WBSS.

Prograis says Saturday’s fight with Taylor is the biggest

“I’ve been looking up to Ali my entire life,” said the 30-year-old American. “I’ve read all of his books and he is a legend both inside and outside of the ring.

win the World Boxing Super Series final and the Muhammad Ali Trophy. It looks amazing and I can’t wait to fight for it here at The O2!”

Prograis is not alone with his desire to take home the Ali Trophy.

“I’ve been visualizing lifting that trophy,” Scotland’s Josh Taylor has told. “Posing for the pictures at the end of the fight with the belts and the trophy. I’ve envisioned and visualized this for ages since this tournament came around.”

Tomorrow the coveted trophy will arrive at Highbury, the former home of Arsenal Football Club, as a tribute to Muhammad Ali’s legacy in London.

During his outstanding career, Ali boxed three times in London — at Wembley, Highbury and Earl’s Court — with two of those fights against British hero Henry Cooper.

On Saturday Prograis enters the ring as WBA ‘Super’ World Champion & WBC Diamond Champion, while Taylor steps into the light as IBF World Champion & WBC Silver titleholder. In addition to the Ali Trophy, the winner of the final will unify world titles and claim the vacant and legendary 140lbs Ring Magazine belt. 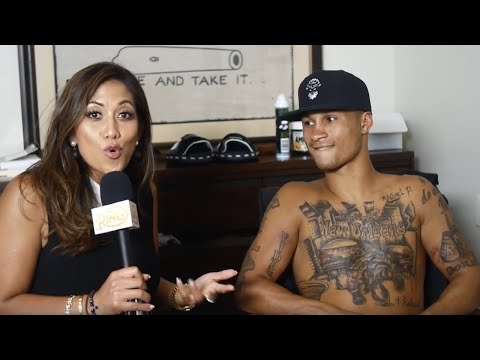