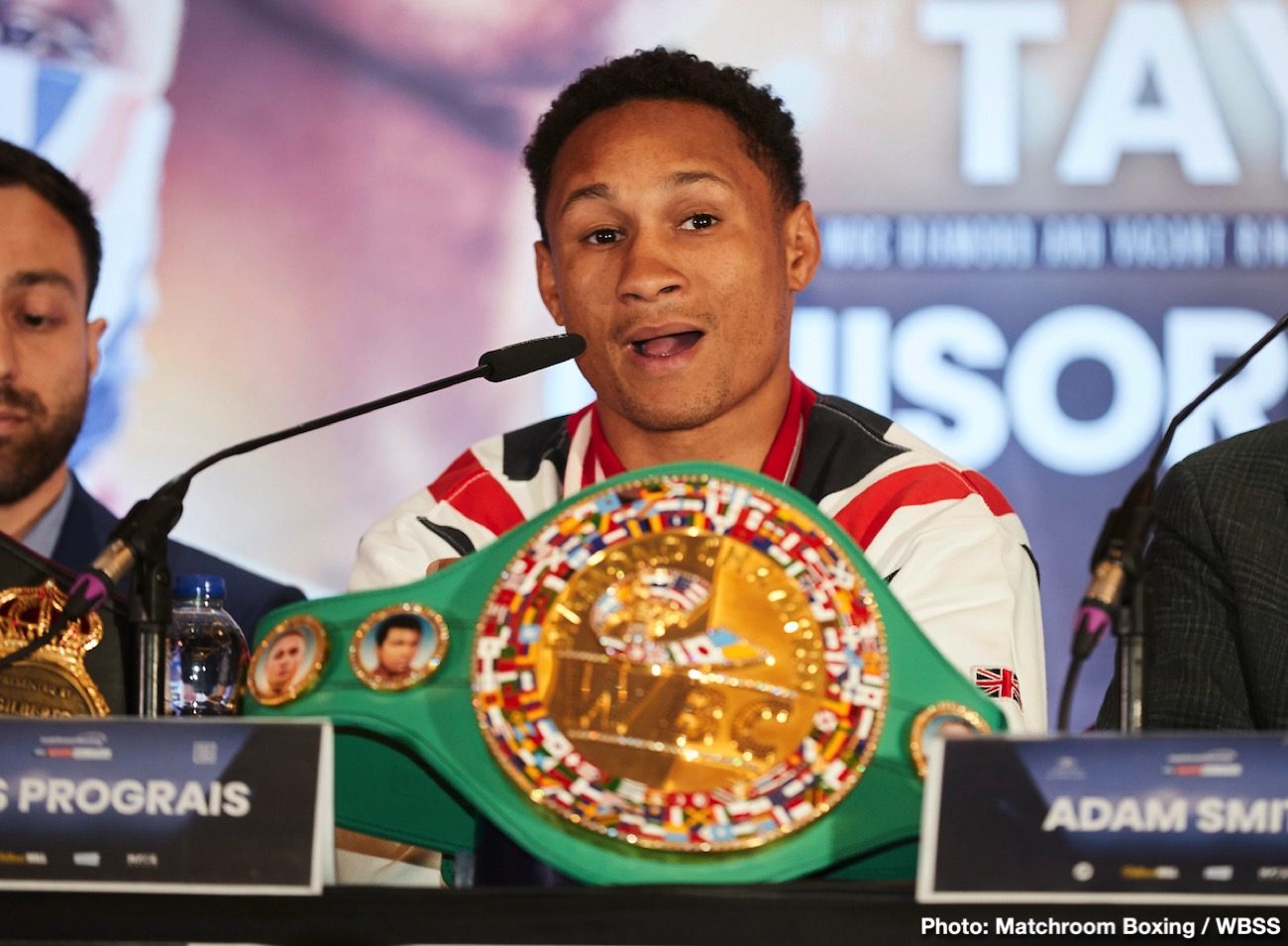 Spence-Porter could be fighting rematch

Spence and Porter could be facing each other in a rematch, but that’ll come don to Premier Boxing Champions. They had Danny Garcia enter the ring after the fight last Saturday night and call out Spence in front of the fans, who responded with very little applause.

“It was a great fight [Spence vs. Porter], and I would like to see a rematch, but I want to see Errol Spence and Crawford. I want to see that,” said Prograis to Fighthype. “To be honest, it was a real close fight. It could have gone either way, but the knockdown favored Errol just a little bit more. If it wasn’t for the knockdown, it could have been a tossup fight. It could have went either way. It was a very, very close fight.

“Of course, we always knew Errol was a dog. He can do all that stuff, but Shawn, I have a ton of respect for him, because Errol was saying he had a lot of close fights, but Shawn gave him a close fight too. But it was a hell of a fight, but I do want to see a rematch.”

Porter was missing a lot, and he his trunks pulled extremely high to limit the target area were Spence could throw body shots. The referee caught what Porter was trying to do with his trunks, and told him that he was going to allow Spence to hit him on the beltline, because he had a wide beltline, and his trunks were pulled up high.

“The fight that everyone wants to see is him [Spence] and Crawford,” said Prograis. “Before going into this fight, I thought, I always leaned in favor of Spence in terms of him and Crawford, but now after this, I won’t say Crawford, but I wont say Spence either. I think it would be a very, very good fight. Skill-wise and tactical-wise, ‘Bud’ is superior [to Spence]. He’s very good, you know? That’s the fight I want to see. At 147 I don’t want to see him fight Danny Garcia or Keith Thurman. Either Shawn Porter again or T-Bud, that’s it.

‘Bud can do so many special things, but Spence can do special things too. He’s special as far as his power, his body shots, and how strong he is. He’s a big 147-pounder. But is about the same size, but he’s not running through people like Spence is, but Bud is more accurate, and more technical. I think Bud has the better skills than Spence, but Spence is so big,” said Prograis.

That would be a good idea of Spence and Crawford fighting except putting the match together would be next to impossible given what Crawford would want for the purse split split. He would be viewing himself in terms of his pound-for-pound rating, his world title, and the respect that hardcore boxing fans have in him. Spence and his management would be seeing the negotiations in terms of who’s the bigger PPV attraction, and who brings in the fans.

“For me, it would be a hell of a fight I think that’s the fight that everybody wants to see that fight,” said Prograis. “I want to see the Shawn Porter rematch, but I don’t want him to fight Shawn Porter again and risk it and not Sometimes you marinate things so much that you overcook it.

“You keep marinating things, and you spoil things. I want to see Spence and Crawford. That would be a great, great fight. It’s a tossup. But Shawn can do some things that Errol would upset him. I think if he [Spence] had fought that same fight with Bud, I think he would have lost that fight.

If Spence boxes Porter in the rematch the way he did Mikey Garcia, it could be a very one-sided fight. Fans don’t realize that Spence purposefully slugged with Porter because he wanted to fight his fight. In the rematch, Spence will likely box Porter, and make him look bad like he did with Mikey.

There’s a wide gulf between Spence and Crawford in who brings in the fans. If Spence brings in 300,000 buys and Crawford 100,000, you can imagine that it would be difficult for Crawford to ask Spence for a 50-50 split, and not be laughed out of the room.

So while it would be nice for Spence and Crawford to one day fight each other, it’s not realistic, and it won’t happen unless Crawford becomes a PPV attraction. Crawford’s next fight is expected to be shown on ESPN+ against Egidijus Kavaliauskas. So he’s not going to be able to prove anything to Spence with that fight.