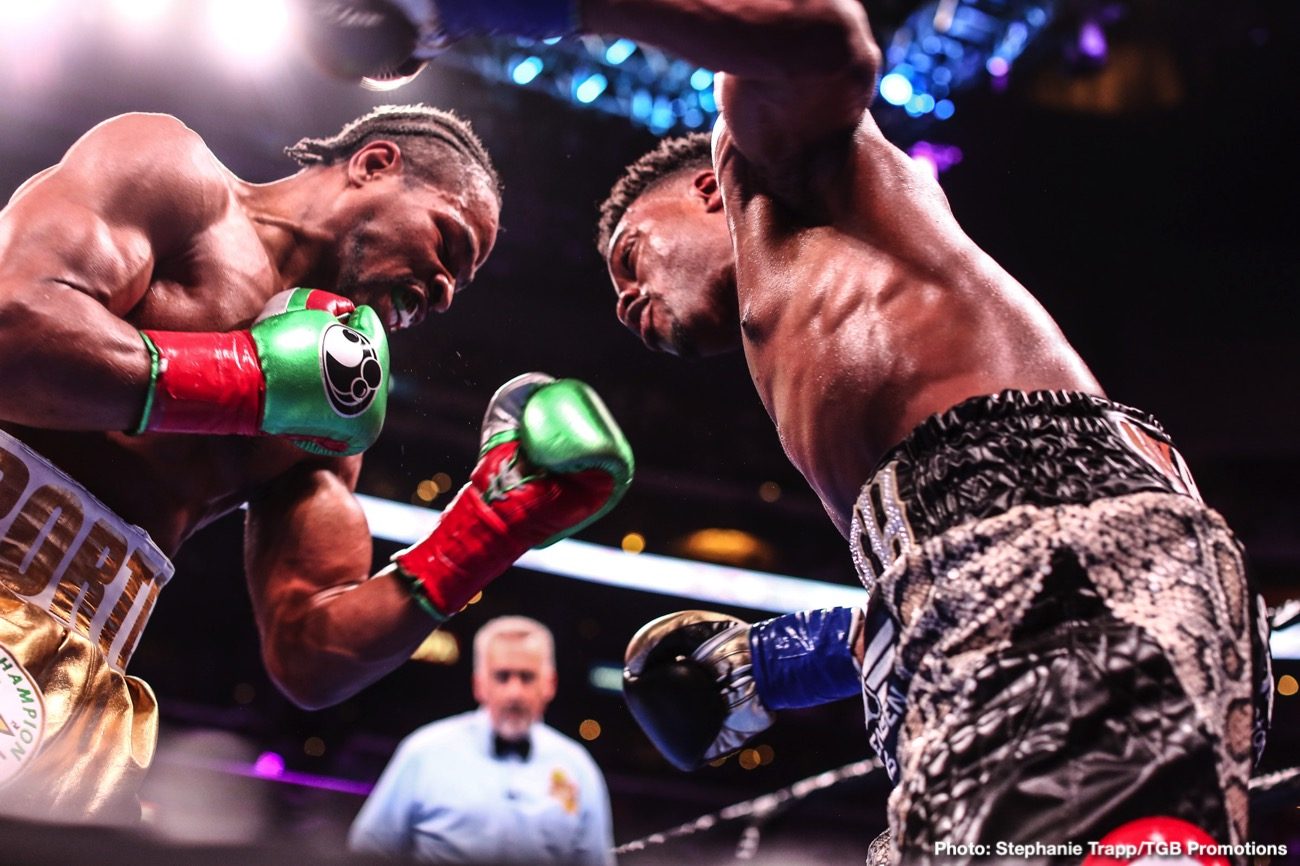 David H. (Cincinnati, OH): I read your social media post (FB) regarding the Spence vs Porter fight and felt you were pretty tough on Spence’s performance. Can you explain your position on the way he performed and how you felt about his effort?

Vivek W. (BOX247): I think my comments were very much overblown in regards to his performance. In the specific comment that many took the wrong way I attempted to point out something that most seem reluctant to be honest about based on their love for Spence as a fighter. Before I explain that position, keep in mind, I’m one of the only scribes in the sport that actually pegged Spence to not only give Canelo a strong run for his money, but also potentially defeat him in a bout that I feel favors him and his style immensely from a tactical standpoint. That being said, as it relates to the Porter fight, here’s the point I wanted to drive home:

Every single fight we hear “Spence decided to fight the opponent’s fight”, as if the men across from Spence were simply pawns on the table, unable to impose their will or use their skill. I just felt it was a total slap in the face to both Mikey Garcia and Shawn Porter when fans began to say Spence “decided to fight their fight”, as clearly, both men possess a level of tactical ability that did in fact present problems for Spence. I don’t think this is a comment to take personally. This is something Spence alluded to himself when he said “Porter was better than I thought”. At the end of the day, fans have to strip the emotions out of it.

No matter what the past looks like, when these men face Spence, they’re bringing a better version of themselves than he or any of us have ever seen (because they know how good he is). While Spence has an incredible offense, he hasn’t mastered the defensive side enough to avoid punishment, and I think he’s good with that because he trust his chin. He isn’t a Mayweather type defender that’s gonna slip shots and use fancy footwork, so he’s gonna take some shots. Period! Bottomline, the guy is an AMAZING talent, but the moments of danger he faced against Porter (and to a lesser degree Garcia) were based on both their abilities, and his deficiencies, and they deserve total respect for that.

Marcus S. (London, UK): I thought your Facebook post before the Spence vs Porter fight was spot on. What did you see in Porter that made you think he would give Spence a problem and what do you think should be next for Porter?

Vivek W. (BOX247): The biggest mistake most fans make is taking the catalog of a fighters they don’t totally like and somehow using it to forecast their effort on the big stage. Don’t get me wrong. If it looks like a duck and quacks like a duck, it’s probably a duck! But in the case of Porter, I think he’s often misjudged and greatly criticized because he doesn’t look like the contemporaries around him. When the average fight fan looks at Shawn Porter, they think “wild style, inaccurate punching, and limited control (of his style)”. When I assess Porter, I think “a motor that never stops who may not have the skill to outbox you, but certainly has the heart and will to out work you”.

While most fans are looking for Mayweather-esque defense, Duran-esque power, and a Pacquaio type tenacity, few stop to realize that the guy with the high motor and the heart of a lion can give ALL of those other prototypes a tough night out because he’ll be there no matter how strong their game is that night. Whether people wanna comprehend that logic or not, that’s exactly what made him the toughest night on Spence’s resume. He took his biggest shots, his best body work, and even some low blows….but in the end, he came to win! I don’t think Porter got enough credit and I hate that because it was his style combined with Spence that literally took us back to the 80’s for a night!

Basilio F. (Jensen Beach, FL): David Benavidez looked spectacular to me in his victory over Dirrell. What do you think his ceiling is as a talent in the sport?

Vivek W. (BOX247): There aren’t many people in the sport that are as big on David Benavidez as I am. Of all his attributes, what impresses me the most is the fact that he’s only 22 years old! He’s a power puncher that’s literally a man-boy unaware of his own strength. And unlike Tyson and others, he’s intelligent enough at this age to realize he was on the brink of losing his golden parachute in life and he did something about it! He’s looking at himself trying to make a change….both inside and outside of the ring. I have total respect for this kid and in a few years, I think he’s gonna own the sport.

He’s a solid puncher, he can take a punch, he’s crafty, and to take it a step further, he’s easy on the eyes which only helps! When you look at the current Super Middleweight landscape, he’s an absolute terror for anyone within range. Oddly enough, in another year or two, that includes Canelo! This isn’t to say he definitively wins that fight. But it is to say that he has a strong set of tools at his disposal that makes him a live dog in it. Just being a fan of the Champion brand and the warrior mentality, he’s a story you have to love and as he performs like he did the other night, more and more fans will know about him. He has a fan in me and I look forward to bigger things down the road ahead.