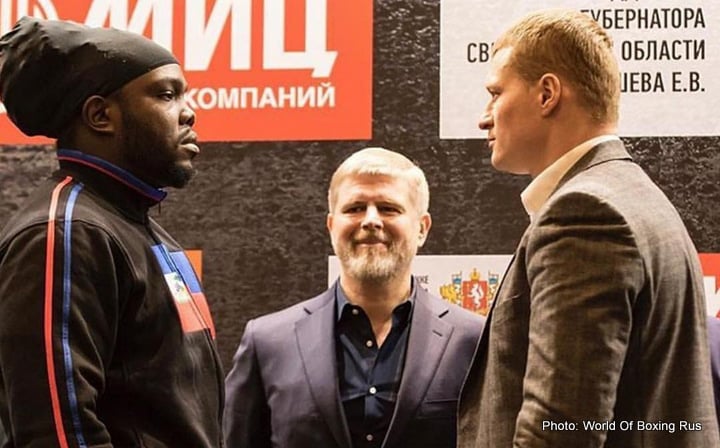 News broke late last night US time stating how Russia’s Alexander Povetkin failed a drugs test, the announcement coming from the WBC President Jose Suliaman just hours before Povetkin’s scheduled fight with Bermane Stiverne. The fight, which was set for today, and would contest the interim WBC heavyweight title (the winner to face full champ Deontay Wilder some time next year) is now in serious jeopardy.

Povetkin claimed at the time that he took the substance before it became illegal, and a number of people gave Povetkin the benefit of the doubt. It seems veryunlikely this will be the case this time around. As for Stiverne, he failed a drugs test a month ago, coming up positive for methylhexaneamine, being let off with just a fine.

So what a mess this match-up has truly become. Should the non-title fight still go ahead tonight? Both men had weighed-in and looked ready to go, with fans eager to see a great fight. But does Povetkin derserve his payday? Will he be punished at a later date?

At time of writing, the WBC is to decide on whether or not tonight’s fight will go ahead, with a ruling due in the coming hours.

Another issue now thrown into doubt comes in the form of just which two fighters will now be ordered to fight for the interim WBC belt and earn the mandatory shot at Wilder. Crazy days indeed for the heavyweight division. It seems now we will never get to see a Wilder-Povetkin fight.