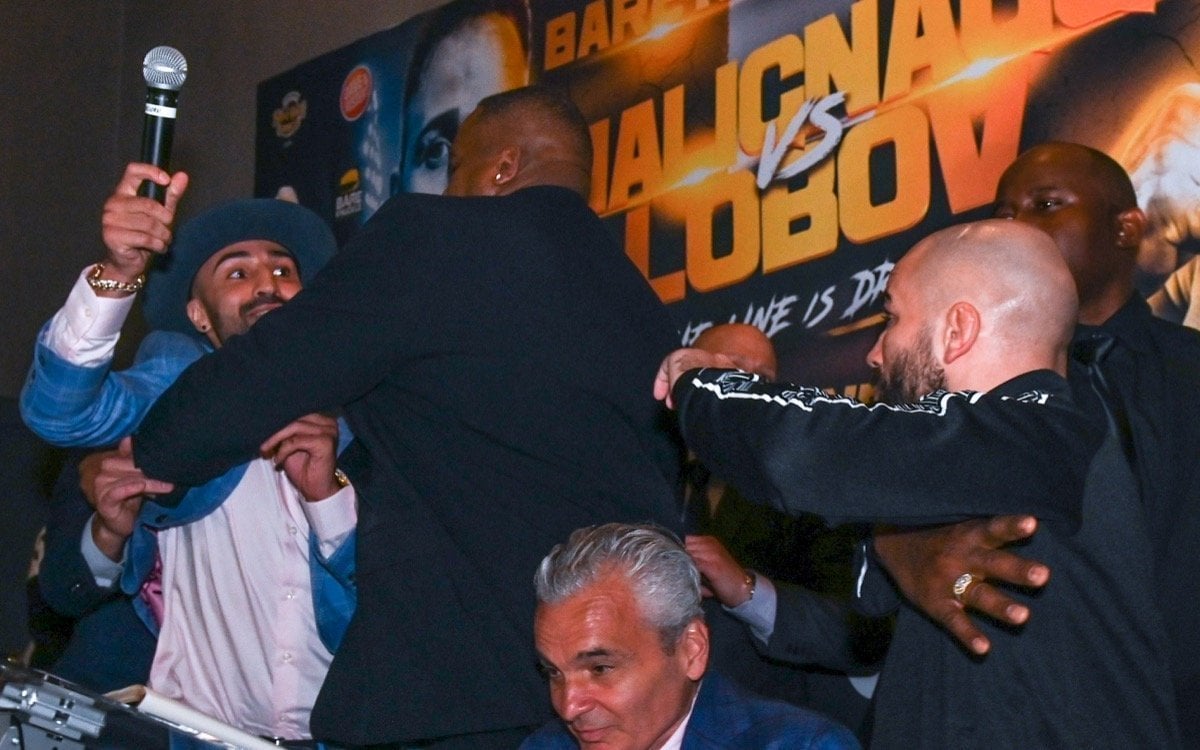 With Paulie Malignaggi as mad as hell as he really does seem to be right now, I made sure to place his name first in the above headline, ahead of that of his upcoming opponent, Artem Lobov. Malignaggi insisted way more than once at the recent presser to further hype the nasty-edged bareknuckle fight these two will have on June 22 that he is the A-side, not his Russian foe.

Okay, fair enough, Malignaggi is the bigger, more recognisable name, to casual fight fans at least, if not to hardcore MMA fans. But what to make of the upcoming fight itself? The grudge-match has certainly caught both fire and attention, and this is, for good or for bad, largely down to Malignaggi, who has gone into extreme overdrive in terms of letting loose with the trash talk. Death threats that would put Deontay Wilder to shame, along with threats of putting Lobov in a coma have been the order of the day from “The Magic Man,” that and him actually spitting in the face of Lobov.

Whatever it is that’s gotten under Malignaggi’s skin – and an excellent piece by Ben Fowlkes of MMA Junkie puts forth the notion that Malignaggi is annoyed that some people see MMA as a tougher, more dangerous sport than boxing, and that his motivation in the June fight is, largely at least, to show this is not the case – it’s forced an unpleasant change in the demeanour of the former champ and boxing commentator.

Lobov by comparison, has come across as a good guy, at least the guy wearing the white hat to Paulie’s black hat, and he has at times seemed unsure of just what Malignaggi is doing, or is going to do next. This is not to say Lobov has been intimidated by Malignaggi’s crazy actions, far from it – Lobov has stated how it is his full intention to “grab this guy by the back of the head and put my fist down his throat.” That is at least more tasteful than Malignaggi’s threat of urinating in Lobov’s mouth “after knocking all his teeth out.”

So who wins the actual fight? Who will you be rooting for, if anyone? Lobov insists Malignaggi’s fighting style, or boxing style, is badly suited to bareknuckle fighting. He may well be proven right. Then again, as Malignaggi has pointed out, his hands are “like razors,” and Lobov has plenty of scar tissue around his eyes. It’s been a tasteless and quite disgusting build-up but the fight itself could be a Double-X affair.