DiBella Calls For Federal Investigation Of Boxing And The WBA

Another fight night, another bad decision. So it goes in the sport of boxing. It happened again last night, as 3-0 fighter Gabriel Maestre fought Mykal Fox, 22-3(5) for the WBA interim welterweight title. Though most people watching felt Fox of Maryland more than deserved the 12 round decision, it instead went to former amateur standout Maestra of Venezuela, despite the fact that Fox scored a knockdown along the way, in round two, and appeared to boss almost all of the rounds. 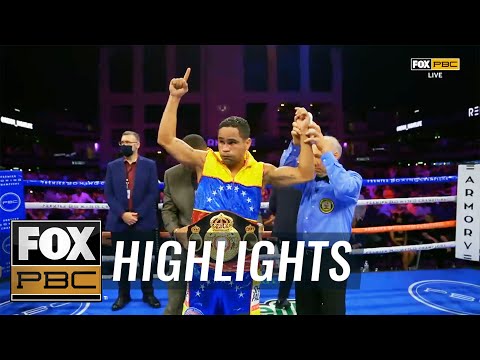 The official scores were 117-110, 115-112 and 114-113, all for Maestre. We have seen plenty of bad decisions, debatable decisions and flat-out robberies (far too many in fact), but some big names from the sport are simply disgusted and outraged over last night’s officiating.

Lou DiBella has put out a tweet in which he calls for a federal investigation of boxing and the WBA. While Keith Idec has written how everyone, Maestre included, knows Fox won last night’s fight.

“There should be a federal investigation of #boxing and the WBA that begins on Monday. That was a 12 point win for @ProfessorMYKE!!! And EVERYONE in boxing in the know SAW THIS COMING. Boxing is corrupt and disgusting with a rigged system of ratings and governance. ENOUGH!!!” reads DiBella’s tweet.

It’s obvious how angry DiBella, a genuinely passionate, life-long fight person, really is. Will anything be done, though? How many times have we seen a terrible score-card or set of score-cards, with us all saying “something has to be done,” and yet nothing happened? Now that as big a name as DiBella has called for a federal investigation, maybe something will actually happen.

Right now, it’s tough, in fact almost impossible, to find anyone who agrees with the decision win Maestre was awarded last night. The very least Fox deserves is an immediate rematch.

Look at this from CompuBox:

“Absolute stinker of a decision. Fox controlled the distance, was the busier fighter landing 13 of 59 punches per round to 11 of 44 for Maestre, who was knocked down.”

The CompuBox final scores had Fox landing 157 punches to Maestre’s 131.

Oh my, a robbery, Mykel Fox got robbed vs Maestre, embarrassing!!! Thrives!!! This is what hurts Boxing, everyone could see who won, it was obvious Fox got the hose job!!! Leave to Haymon & the WBA for horrible decisions!!! #Boxing #Fox #PBC

Wow this is a tweet from@one of my judges in my title fight? I never had a chance. https://t.co/3UzpAQsfhq

EVERYONE, including Maestre, knows he lost tonight. A damn shame for Mykal Fox, who deserved so much better than this gross incompetence.

Next time you get pissed when mainstream media ignore boxing and American fans abandon it in droves, remember you just saw a guy win outright, on national TV, and lose the decision.

14 thoughts on “Outrage Over Gabriel Maestre vs Mykal Fox Decision!”