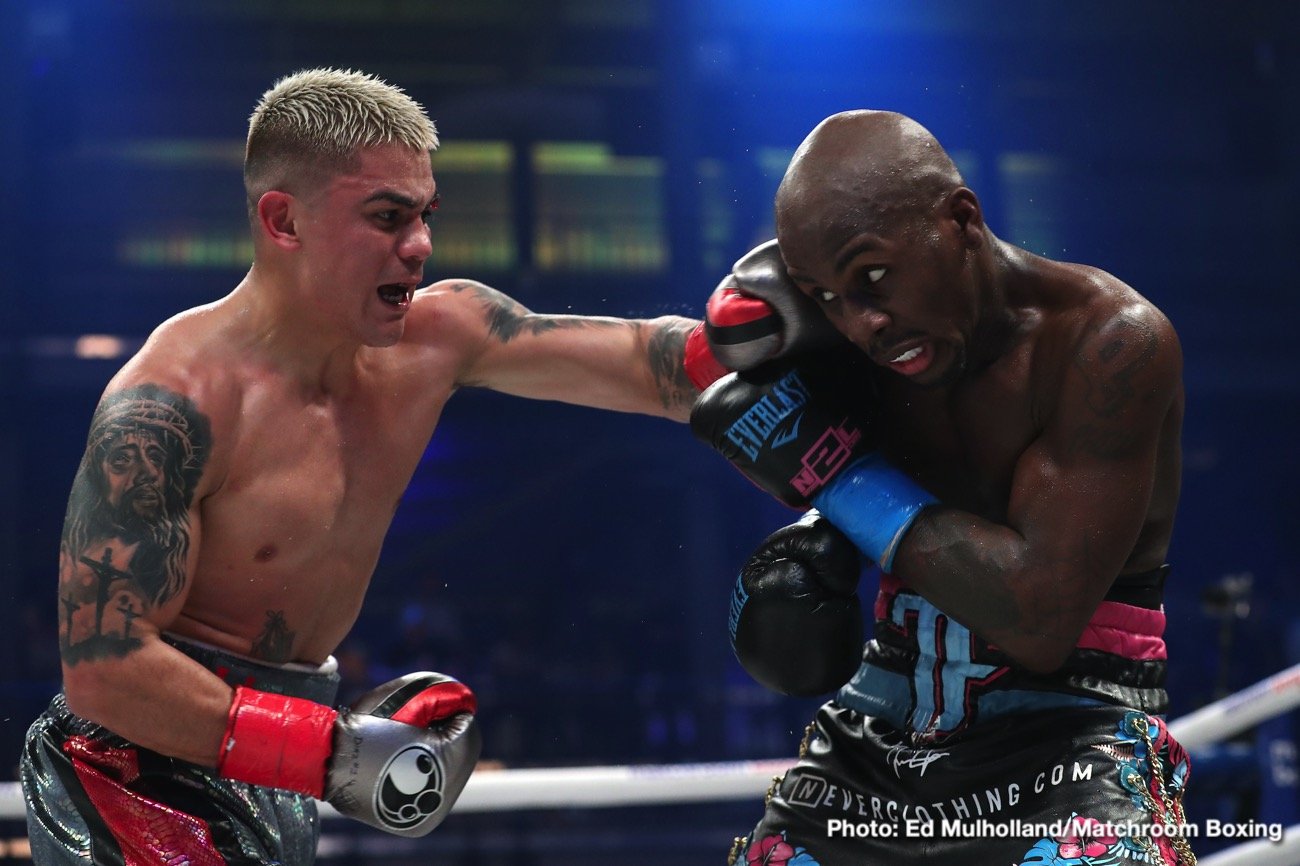 Assuming that Diaz Jr. beats Ryan Garcia, the best move for Golden Boy would be to wait until Haney, and Teofimo Lopez both move up to 140 before letting Jo Jo fight for a world title at 135.

By making that move, it would greatly increase the chances of him winning a world title.

On Thursday, Haney’s promoter Eddie Hearn told the DAZN Boxing Show that he’d started talks for Devin to defend against Jo Jo Diaz Jr. in November. Hearn sounded confident that he’d be able to find the right number to get the Haney vs. Diaz fight made.

Not long after the interview by Hearn, De La Hoya posted on Twitter that there is “No Truth” what was said about Joseph Diaz Jr fighting Haney next.

Boxing fans on social media don’t understand why De La Hoya is resistant to the idea of Jo Jo Diaz Jr. fighting Haney (26-0, 15 KOs) for his title, considering that he defeated Javier Fortuna in a WBC-ordered lightweight title eliminator a month ago on July 8th to become Devin’s mandatory.

Read:  Mismatch In Dubai As Martin Bakole Blasts Out Haruna Osumanu In A Round - Boxing Results

It’s more than a little baffling why Jo Jo Diaz wouldn’t take the fight with Haney, as it would pay well, and it would make him the WBC 135-lb champion.

With the WBC title, Diaz Jr. vs. Ryan Garcia would arguably be a bigger fight with more ramifications than it would be if the two squared off with no title on the line.

Of course, it’s predictable that one of the sanctioning bodies will have a trinket title up for grabs for the Ryan – Diaz Jr fight to validate it in the eyes of the casual boxing fans.

If not, the match would likely be advertised as another WBC lightweight title eliminator. I know it’s silly because Diaz Jr. is already the WBC mandatory to Haney. Still, he prefers to face Ryan Garcia in a business-level/celebrity type of match.

Ryan, 22, has talent, but he’s more of a social media phenom than a boxing star. He hasn’t proven himself in boxing despite having media a lot of noise with his YouTube interviews and posts on Instagram and Twitter.

Haney would be a risky fight for Jo Jo Diaz Jr. due to his boxing ability and natural size for the 135-lb division. Diaz Jr. has already been beaten by Gary Russell Jr in a one-sided fight in 2018.

Also, Diaz struggles with the boxing ability of Tevin Farmer, Javier Fortuna, and Shavkatdzhon Rakhimov. Those four fights showed clearly that Jo Jo Diaz Jr. has problems against excellent boxers, and Haney might be all wrong for him.