Golden Boy Promotions CEO Oscar De La Hoya thinks a fight between Ryan Garcia and Gervonta ‘Tank’ Davis is possible later this year with the help of the fans to apply pressure on PBC.

But De La Hoya says he’s worked with them before, and he believes it’s possible that a fight between the unbeaten Ryan (22-0, 18 KOs) and WBA ‘regular’ lightweight champion Gervonta (27-0, 25 KOs) can happen.

De La Hoya admits that the 23-year-old Ryan is the driving force to make the fight with Tank Davis. This is what Ryan wants, and he says he will not stand in his way.

If this is Ryan’s desire to take on what some boxing fans feel is the best fighter in the 135-lb division, Oscar won’t keep him from achieving his goal.

Many boxing fans feel that Ryan has no chance against Tank Davis and is only pushing for this fight to fatten his already monstrous $10 million bank account. But Ryan should fight Tank Davis now while he’s still unbeaten than later after one of the fringe contenders he routinely faces beats him.

“His determination and the fact that the criticism and all the noise that he’s hearing from everyone,” said Oscar De La Hoya to Fight Hub TV on why he believes Ryan Garcia will knockout Javier Fortuna on Saturday.

“It just makes you want to elevate your game to a whole new level. I can see him putting a lot of pressure on himself but just letting it all out once that bell rings,” De La Hoya continued about Ryan Garcia.

“Let’s go,”  said Oscar when told that Ryan wants to push for the Gervonta ‘Tank’ Davis fight if he successfully defeats Fortuna. “Yes, it’s very possible [to make Ryan vs. Tank Davis]. We’ve worked with PBC before in the past.

“If the fans get behind me and push for that fight and really demand that fight, then we can make it happen because over there at PBC, we know that Al Haymon likes to keep his fighters away from everyone else, meaning fighters that aren’t signed with Showtime.

“If the fans can get behind me and push for that fight and really rally and get that fight going, then I think we can pressure them to once and for all make that fight happen. If that’s what Ryan wants, then that’s my obligation as his promoter to get that fight [against Tank Davis] done.

“I strongly feel that Ryan and Tank are special fighters, meaning they will fight through adversity; they will get knocked down just the way Ryan did against [Luke] Campbell and get back up and win the fight.

“I think if Gervonta ever gets knocked down, he’ll get back up to win a fight. They have special talents; they have the IT factor. So, I think it’s not too early for any one of those fighters I think it’s the right time.

“I think right now the hype is so big that we have to make that fight happen soon,” said De La Hoya. 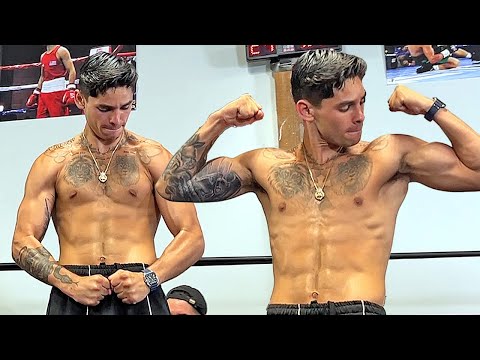