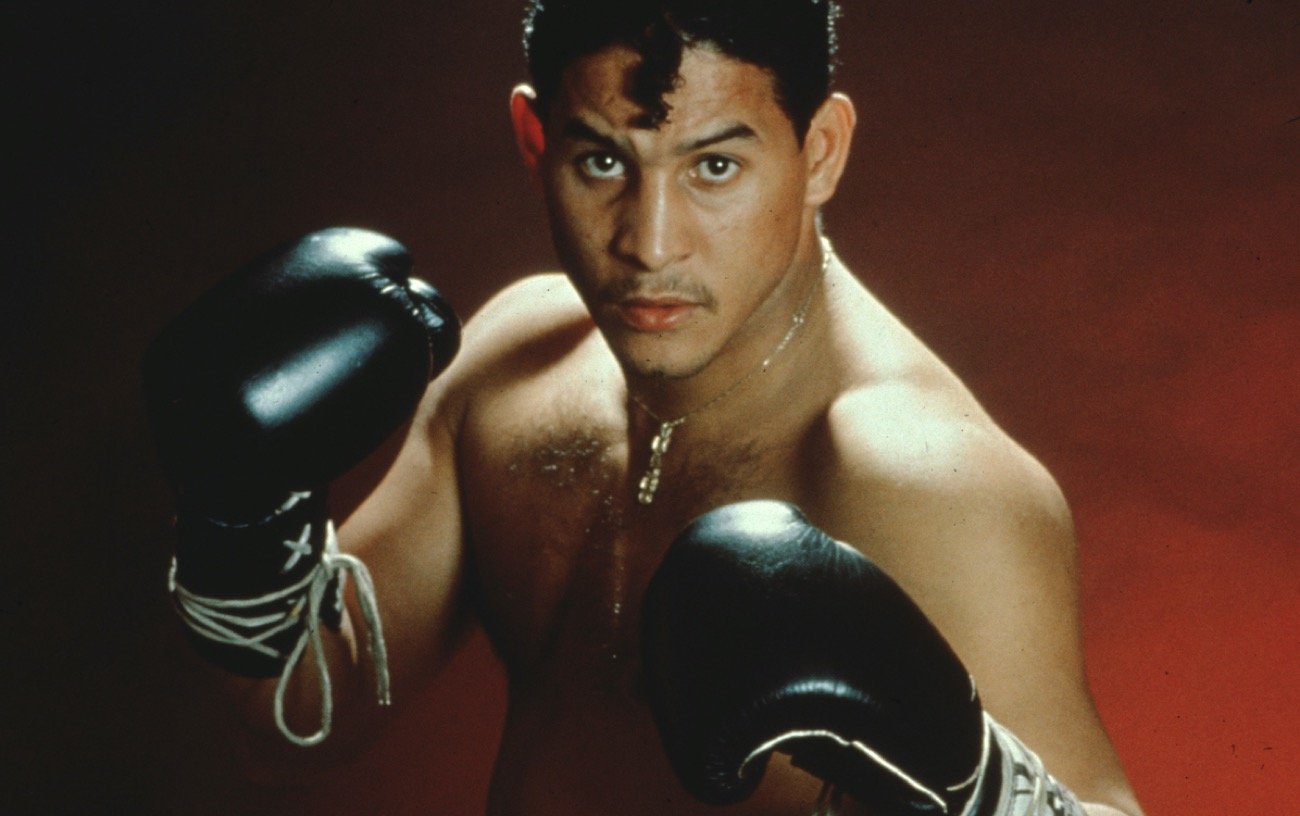 Often in the sport of boxing, it is the two completely contrasting styles and personalities of the two fighters that gives the fight its selling quality, its appeal, its edge. And never have two more wholly and contrastingly different 140-pound fighters than “Mutt” Greg Haugen and Hector “Macho” Camacho met to settle their beef. You could argue that the clash of styles that was “Pretty Boy” Floyd Mayweather versus “Thunder/Human Highlight Reel” Arturo Gatti was a more complicated mixture of differing boxers, but the fight that took place three decades ago today has to rank as a massive fight between two completely different fighting men.

Camacho was all flash, his combo of almost super-human hand speed and defensive ability enough to drive even the greatest fighter crazy with frustration. Haugen, a warrior who some fans might have been forgiven for thinking was part crazy anyway, was the antithesis of Camacho. Haugen was as tough – indeed, as macho – as they come. When the two polar opposites collided on February 23rd of 1991, fans got a fight that nobody expected.

Fighting in Las Vegas, both guys might have been a little past their best, yet both fighters wanted the win and badly. This was a grudge-match of epic proportions. Camacho had struggled mightily to make the 140-pound limit; with a later-reported tale of seven hours of shadow boxing and of the taking of steam baths surfacing, this gruelling regimen finally getting the Puerto Rican’s weight down. Haugen, to nobody’s knowledge, perhaps not even that of his team, had been smoking weed prior to the fight. This would come out later.

Camacho enjoyed a bright start when the fight got underway. Macho dropped Haugen in round-three, his sharp right hook to the chin doing the job. But Haugen was a fighter who didn’t know the meaning of the word hurt. The man from Auburn, Washington dug in and fought harder, with more desire. It was an incredibly close affair. In fact, something that took place at a time when neither fighter should have been pumping out leather proved to decide the fight’s outcome.

With the bad blood still very much in the air after 11 completed rounds, Haugen and Camacho came out for the final session. Greg refused to touch gloves with Hector, and Macho was furious, to the point that he slung a punch at his rival. This cost Camacho a point, a point that would prove crucial. The two fought to the end of the good but not classic fight, and then the judges did their thing. It turned out that the point deduction cost Camacho the win along with his WBO belt. It was mighty close on the cards, at 114-112, 114-113, and 114-112. Haugen got the win, by split decision. Had Camacho not let loose with his cheap shot, he would have been given a draw, retaining his belt.

Later, Haugen’s pot discretion was revealed and he was fined. The rematch had to happen. It did, and this time Camacho kept his nose clean and won a split decision of his own later that same year.

Sadly, as we all know, Camacho was shot and killed in November of 2012, Hector passing away at the young age of just 50. Macho’s final ring record reads 79-6-3. As four of these losses came when Macho was way past his prime, Haugen holds the distinction of being one of only two men to have ever beaten the prime (or close to it) Camacho. Haugen, who finished with a 40-10-1(19) record in 1999, is alive and well and he has written his life story (well worth a read). Haugen was one of the toughest of tough guys and it was impossible not to root for him. Together, Haugen and Camacho engaged in one of the sport’s more interesting rivalries.