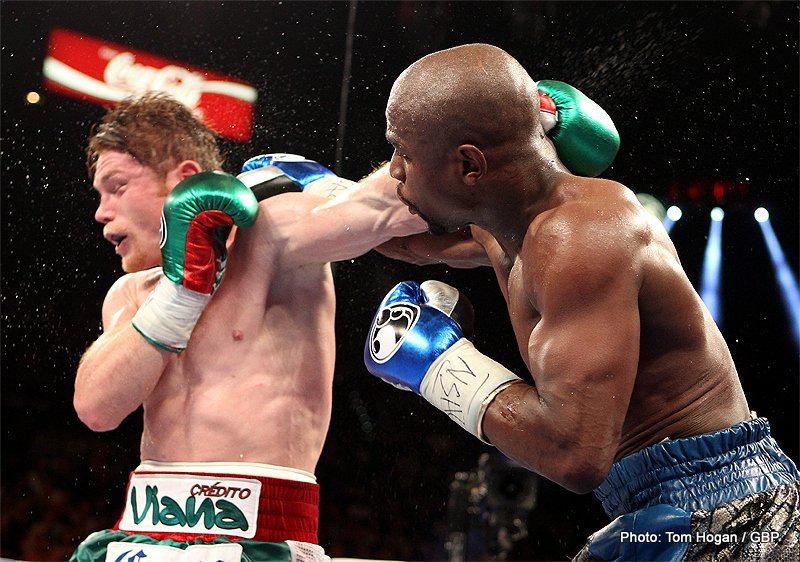 Mayweather’s legacy has already been cemented. He is the only one closest to perfecting the sweet science. His defense is almost impenetrable. And he is graceful in the ring. And contrary to casual boxing fans’ claims , Mayweather is not like Guillermo Regondeaux who runs around the ring from his opponent. In fact in his fight against Canelo Alvarez many were surprised that he was the one who attacked Alvarez as early as the first round.

Mayweather has developed the shoulder roll defense not only to elude punches but to give him greater opportunity at offense. “Roll the left, cock the right. ” And Mayweather is not a soft puncher either. The only chance a regular fighter could possibly win is to get closer in which it is not difficult because Mayweather allows it. But as soon as you get hit by that ” cocked right hand” the game will change. You will be reduced to standing in front of him and trying to box him in which you don’t have a chance.

But there are guys out there who could do the job provided they have the right plan. You need to have the determination, persistence, and resilience of a Castillo who is willing to take three to swarm Mayweather. And when you get there,never stop punching. And we have that in Maidana. Or box Mayweather with speed. Speed against speed. We have that in Amir Khan. My gut feeling is that, Amir Khan will look good with Mayweather. Not necessarily could pull up a win. Or the combination of a Maidana and a Khan in Manny Pacquiao.

As I have said Mayweather’s legacy has already been cemented as described above. But if he claims to be the greatest fighter of all time that is another story. The greater the adversity the greater the prize. The more difficult the fight for you the more you are being appreciated.

Mayweather cannot claim to be the greatest fighter of all time by bragging on his no loss record alone. There is Rocky Marciano ,Joe Calzaghe, and Edwin Valero in this category. To be the greatest you need a dramatic signature win. Rocky Marciano was 42-0-38 KO when he fought heavyweight champ Jersey Joe Walcott. Blooded bruised and swollen dominated in 12 rounds, Rocky released one of the most devastating one punch knockout in the 13th round to dethrone Walcott. Joe Calzaghe has a 46-0-32 KO. Fought Jeff Lacy for the IBF/WBO super middleweight unification. He was the underdog. If you have seen Jeff Lacy’s fights before the Calzaghe fight you would also have thought that Calzaghe would be dominated if not knockout by Jeff Lacy, but instead he destroyed Lacy’s carrier. He had significant wins against Mikel Kessler and 2 American boxing legends in Bernard Hopkins and Roy Jones Jr.

And there is Edwin Valero. Broke the record established by Young Otto of 16 first round knockouts. Died with the record of 27 wins 0 loss with 27 knockouts.

What makes Mayweather above all these boxers is his grace in the ring or his ring savvy. Because of his masterful in the ring, a could have been difficult fight looks easy. The reason why the Canelo fight rakes in a good PPV numbers was the thought that Canelo has the chance to defeat Mayweather. But it turns out to be a lot easier than the Cotto fight.

Here is the truth about life or the competitive boxing life in particular. People will not stop to test you. People will not give their nod easily. Especially if you are a ring master with 45-0-26 KO and wants to be recognized as the greatest boxer of all time. There are three names out there that would punctuate and separate his name from the rest. Manny Pacquiao, Segio Martinez , Gennady Golovkin. Manny Pacquiao is the people’s choice and is the smallest of the three. He should fight Manny Pacquiao before it’s too late.

If he ends up not fighting one of these three boxers, his bid for the greatest fighter of all time will be hanging in the balance.