Former unified heavyweight champion Anthony Joshua will give it another try when he faces IBF/WBA/WBO champion Oleksandr Usyk in a rematch on August 20th on DAZN pay-per-view in Jeddah, Saudi Arabia.

Joshua (24-2, 22 KOs) lost his three titles to Usyk (19-0, 13 KOs) on September 10th last year in London, England, but he feels that he can get it right in the rematch with a new game plan and, of course, help from his new trainer, Robert Garcia.

There’s a great deal of anticipation from boxing fans in seeing Joshua face his former conqueror Usyk because people want to see if AJ will be finished off or if he can keep his career afloat for a bit longer.

“I now have my date with history set to become three-time unified heavyweight champion of the world. What an opportunity. A happy fighter is a dangerous fighter, and I am the happiest and most motivated I’ve been,” said Joshua.

If nothing else, Joshua will receive a lot of attention for this fight, so even if he does lose again to Usyk, he’ll make money and receive a ton of publicity.

It’s believed that Joshua will try and take the fight to Usyk, rough him up, and overpower the former undisputed cruiserweight champion. AJ should have done the first time they fought but he elected to box Usyk, which failed miserably.

When Joshua tried to bulldoze Usyk in the 12th round, he was surprisingly met with fierce resistance in the form of combinations. Indeed, Usyk quickly backed Joshua up against the ropes and was teeing off on him as the bell sounded.

To say that Joshua was in dire straights is an understatement. He was fortunate that the clock ran out because if there had been another ten seconds or more time left in the round, Usyk would have indeed finished him off.

With Joshua’s poor cardio and weak chin, his chances of beating the highly skilled and athletic Usyk are slim. But even if Joshua does win, his chances of continuing to find success are low unless his promoter matches him against older fighters or ones that are fringe level.

AJ will be fighting for the first time with DAZN, with whom he recently signed a massive deal. Some boxing fans have been critical of DAZN’s decision to bet the farm on a fighter that has lost two out of his last four fights and is likely heading for his third.

It’s a significant gamble on the streaming giant’s part, and you have to wonder if they’ve already factored in another loss for Joshua. If so, how many defeats will it take from Joshua before DAZN decides they made a blunder in signing him.

Joshua will continue to be popular if Usyk beats him. Still, without help in terms of careful match-making by his promoter Eddie Hearn, his career could rapidly go downhill. 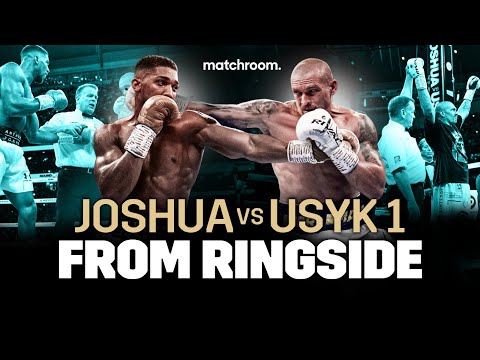