The late, great Arturo Gatti will always be a fighter we have nothing but fantastic memories of. Aside from one memory, that is: his untimely, and mysterious, death. Gatti thrilled us in the ring countless times – his epics with Micky Ward (the first of the three fights between these two old-school tough guys soon to celebrate its 20th anniversary), Ivan Robinson, Gabriel Ruelas, Wilson Rodriguez and others destined to be cherished forever.

But that tragic end has always troubled people, and always will. Gatti as we know was gone far too soon, at the age of just 37. Found dead in his hotel room in Brazil in 2009, Gatti was, many people still believe, murdered. A new three-part documentary from ScoreG Productions and Super Chanel will be released later this year and “Thunder: The Life and Death of Arturo Gatti” will delve into Arturo’s blood and guts ring career as well as investigate his death.

Deadline have ran a news piece looking at the forthcoming documentary and the three-parter promises “never-before-seen evidence surrounding his mysterious death.”

There are as we know, many people who feel very strongly that Gatti did not commit suicide; that he was “no quitter.” Ward feels this way and he always has since that sad day in July 13 years ago. For some time, Gatti’s wife was believed to have either committed the murder or paid someone to do it. As of now, after more than one investigation by Brazilian authorities, the case is listed as death by suicide. Will the new documentary change things?

But Gatti’s sad and shocking death aside, the new film will also focus on his many great, great fights. If you’re a massive Arturo Gatti fan it will be great to see his epic battles all over again, hopefully with some fresh insight on them, while the new documentary will hopefully bring Gatti a whole new generation of fans, people who were too young to see him fight live. 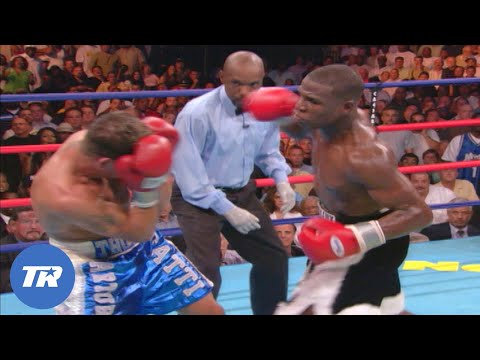 There are already in existence some excellent documentaries and books on Gatti and it will be interesting to see what new stuff the forthcoming film will bring. Arturo Gatti has a special place in the hearts of fight fans. He really was “The Human Highlight Reel.”